Oregon Is Moving Toward A Plastic Bag Ban

The Bend City Council voted Dec. 5 to reduce the use of single-use plastic bags, a plan that will officially go into effect on July 1. Bend's plan will enforce a not-less-than-10-cent fee per bag for customers who don't bring in a reusable bag.

"It's time for us to be more sensible," Councilor Barb Campbell said during the Council meeting last December. "The planet doesn't belong to us." However, it appears the whole state of Oregon might also be following in that same direction with House Bill 2509. HB 2509, titled the "Sustainable Shopping Initiative," moved out of the House Energy and Environment Committee last week. HB 2509 is centered around plastic pollution and other single-use plastic items. If ultimately passed, the bill would ban those single-use plastic grocery bags and would add a 5-cent fee on paper bags. Including Bend, there are 12 other cities in Oregon with a similar practice in place - including Portland, Eugene, Ashland and Corvallis to name a few. – Isaac Biehl, Source Weekly

Why Oregon Teachers are Talking About a Possible May 8 Strike

Educators across Oregon are planning to walk out of class Wednesday, May 8 should the Oregon Legislature not add an additional $2 billion per biennium needed to maintain and improve K-12 schools.

Over the last two decades, the state has financed schools at 21 to 38 percent below what its own research suggests districts need to be successful.

Many educators argue the lack of funding has resulted in teachers having to do more with less. They say this is reflected in the state's low graduation rates, high dropout and absenteeism rates, as well as rising issues with disruptive behaviors, mental health needs and large class sizes. – Natalie Pate, Statesman Journal

It's been 19 days since Clark County, Washington, last announced a new case of measles. The public health department is cautiously optimistic the outbreak is ending.

Clark County isn't celebrating yet. But it has closed the incident command center where up to 40 public health officials spent their days tracking infectious cases. 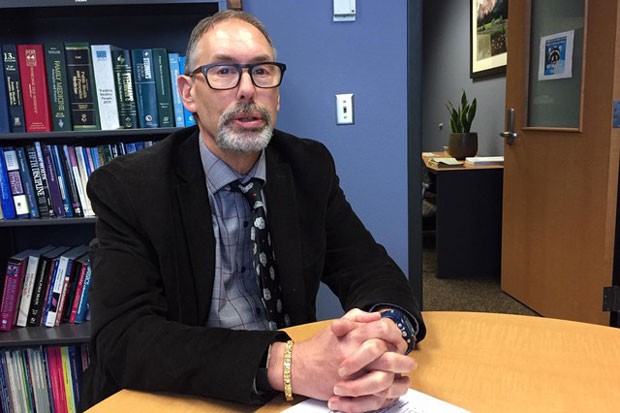 The six regular staff are now working on all the health issues that were put aside during the height of the outbreak.

"We're almost one incubation period since that last exposure. If we go two — which would be April 28 I believe — then we would declare the outbreak over," Melnick said. – Kristian Foden-Vencil, OPB