Oregon's public universities are looking at one major way to stay solvent next year – tuition increases. Some universities are contemplating double digit increases or waiting until May to make their decisions, hoping they may receive more state support. 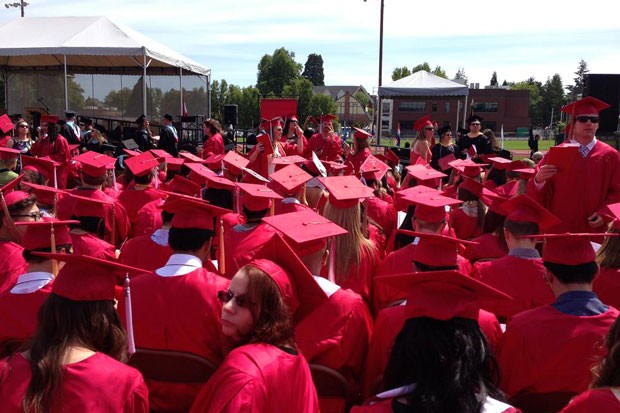 Portland State University is considering tuition increases of at least 14 percent. Eastern Oregon University in La Grande is among the public universities waiting at least until next month to make firm decisions about tuition levels for next year.

But Western Oregon University voted this week to keep tuition increase minimal. Classes there will cost $4 more per credit hour next year, an increase of 2.33 percent. —Elizabeth Miller, OPB 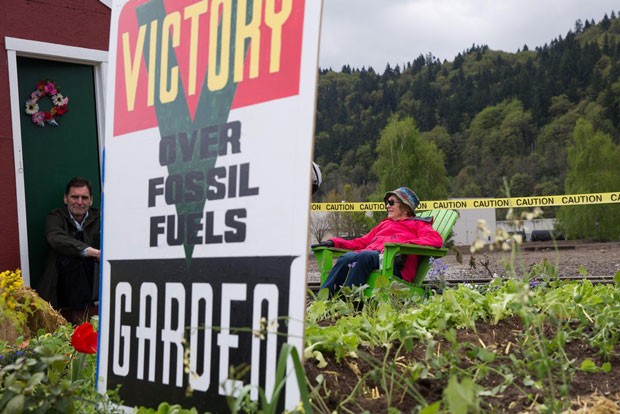 Early Sunday morning the group, Extinction Rebellion, dumped a truckload of topsoil on the tracks near the Zenith-owned petroleum terminal at 5501 NW Front Avenue. The group also erected a tiny house on the site and has planted flowers, trees and a garden as part of its protest against what it calls a "governmental inability to act" in response to the company's Portland expansion.

In a letter announcing the blockade sent to city council members and Mayor Ted Wheeler, Extinction Rebellion says it demands that Portland City Council rezone the area where the terminal is located to prevent the increased export of oil products. —OPB Staff

Members of the activist group Cascadia Forest Defenders are participating in a week-long-tree sitting-demonstration in front of the Collier House in order to "draw attention to the intersection of industrial timber harvest and climate change," according to a press release from the group. 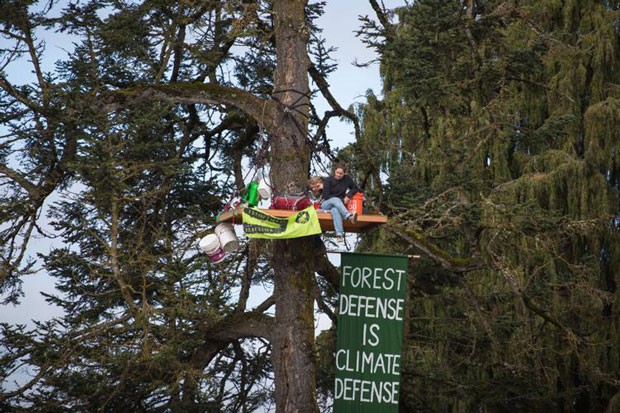 The industrial timber harvest is in reference to a planned logging of Thurston Hills, which would log 100 acres of forest land about 10 miles East of Eugene.

"This is land that UO students use. It's one of the only local mountain biking trails and they're trying to cut the entire forest. Like you're going to literally mountain bike through a clear cut? It doesn't really make sense," said Courtney Kaltenbach, a first-year University of Oregon music major involved in the protest. —Michael Tobin, Daily Emerald