Bulletin Owners Plan to Sell Everything and Dissolve the Company

The owner of the Bend Bulletin plans to dissolve the company and sell all seven newspapers in its Pacific Northwest chain, according to a liquidation plan filed in federal bankruptcy court Wednesday. 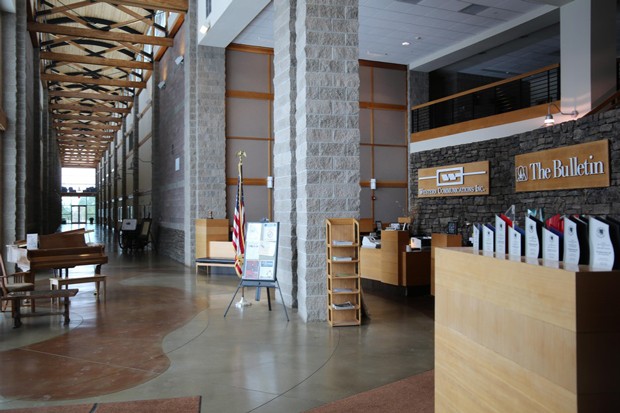 In the plan, Western Communications outlines the terms of its own demise, but provides few details on who might buy the newspapers, real estate and other assets. The corporation owes roughly $30 million in debt, about two thirds of which is secured under a single creditor through the terms of a previous bankruptcy. This week's court filing assures creditors the company is negotiating with a short list of buyers.

Tight-lipped Oregon legislative leaders on Tuesday set the stage for tense votes in the House and Senate over a controversial pension bill that is opposed by many public employees.

In a quick series of votes in the Legislature's budget committee, lawmakers approved a measure that would require teachers and other state and local government workers to divert a portion of their retirement contributions to paying down the system's $27 billion debt.

"It's something I thought I would never do," said Rep. Paul Holvey, D-Eugene, of reducing retirement benefits. But the failure to act, he said, will result in employer rate hikes that "will cut services — and people will lose jobs." —Jeff Mapes, OPB

Curtis Robinhold tells Westside Economic Alliance forum that a united front with other trading partners, not 'tariffs and tweets,' is a better approach to resolve differences with China.

The Port of Portland's executive director says the unresolved U.S. trade dispute with China has created uncertainty for Oregon businesses and farmers in a state highly dependent on trade.

Curtis Robinhold spoke to a Westside Economic Alliance breakfast forum on May 6, after President Donald Trump raised tariffs on Chinese goods by 25 percent — which Trump announced in a tweet — but before talks broke down at the end of the week. (China has since moved to retaliate, but has held off higher tariffs until June 1.)

"I do not want to make this about any individual. But the executive branch throwing out these bombs on trade is really bad," Robinhold said. —Peter Wong, Portland Tribune