The U.S. Supreme Court Monday threw out an Oregon court ruling that fined the Christian owners of a Gresham bakery $135,000 for refusing to make a wedding cake for a gay couple. 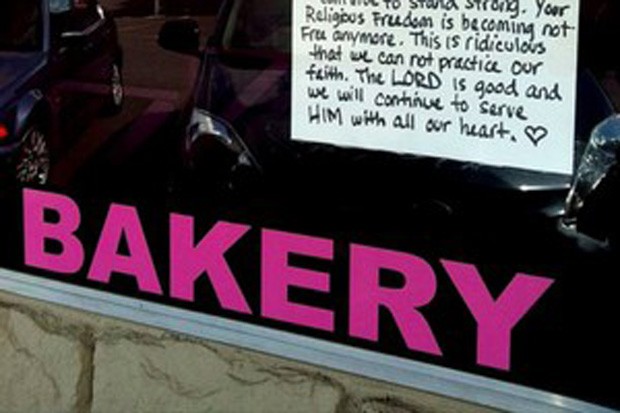 But the court again chose to sidestep the issue of what protection the Constitution's guarantee of religious freedom gives business owners charged with discrimination for refusing service to same-sex couples.

Instead, the highest court has placed another, narrower question front and center in the case: whether the state of Oregon was biased in its treatment of the bakers in the case, Aaron and Melissa Klein.

In A Break From The Past, Oregon Sheriffs Change Their Approach To Gun Laws

Early this past June, Coos County Sheriff Craig Zanni was in his Coquille, Oregon, office fielding an email from a sovereign citizen. The sender was claiming that the Oregon state government doesn't have grounds to operate because it can't provide him with a copy of the 1859 state constitution.

Sovereign citizens reject the legitimacy of the state and federal government. All of it: taxation, currency, the courts and, of course, gun laws.

Zanni says a significant number of people in his southern Oregon county, population 69,000, hold similar views. Except for the rare exception, he says they're not dangerous.

Oregon Gov. Kate Brown announced on Wednesday that she is preparing to call a special legislative session for the first week of July.

In what amounts to a chess move by the governor, Brown declared her intentions while Senate Republicans remain in the state Capitol but have threatened to stage a walkout.

A vote on a controversial climate bill is looming and Oregon Senate Republicans are hoping to prevent Democrats from passing the legislation.