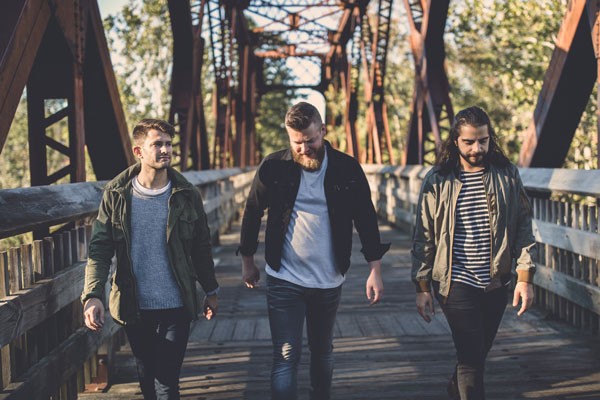 Look at the stats for Brooklyn-based folk-rockers Animal Years and you can't help but be impressed, even before hearing their infectious sound. In December, "Rolling Stone" named Animal Years among its "10 New Country Artists You Need to Know." The band hits the sweet spot, appealing to lovers of both folk and pop. For their five-song EP "Far From Home," Animal Years scored producer Ryan Hadlock—known for his work with The Lumineers, Brandi Carlile and Vance Joy.

"That was super cool," Animal Years singer and primary songwriter Mike McFadden says of the recognition. "I didn't believe it. It's amazing to go from kind of writing songs in your bedroom to being recognized by the greatest music magazine ever. I think anyone that has a decent head on their shoulders has a hard time processing that."

McFadden started writing music around age 14. He had friends in high school who were performing and thought he should try it.

"It was the curiosity," McFadden says. "Can I come up with something that hasn't been said before? Can I be a part of this? I think that kind of inspired me. It's therapy for a lot of people. People express themselves, and they express it through music because it doesn't sting as much if you put it to music."

McFadden loves being able to take something that happened to him and to express it almost immediately. Many people share similar experiences and feelings, and being able to relate to someone through music resonates with McFadden.

"You realize everyone has the same shit going on," McFadden says.

Animal Years will appeal to fans of Kings of Leon, Josh Ritter, The Lumineers and The Head and The Heart—all, in some way, offering that country-style, folk-rock and Americana sound that's proven to be a popular and relatable genre. McFadden grew up on the music of John Prine and loves the folksy sound of songwriters Josh Ritter and Ray LaMontagne. Animal Years even takes their name from a Ritter album.

Animal Years plans to record a full-length album after touring in support of "Far From Home." They've written a lot of songs and recorded some demos. Now, they're ready to get back in the studio and record their first album for a record label. For now, McFadden can't wait to come to the Pacific Northwest, since the band has never played Oregon or Washington until now.