"We were like a counter-culture movement rebelling against a counter culture," said Watts. The style of climbing the big granite walls of Yosemite didn't work on Smith's volcanic rock. Bucking tradition, Watts would rappel down and clean the rock face of loose rock. "Even back in the early '80s, you'd see a few climbers on the weekends, but midweek I'd often be the only one climbing there and maybe the only person in the park, period," added Watts. For those interested in the history of Smith's rise in the international climbing community, Watts's Saturday morning history walk at the upcoming Craggin' Classic should not be missed.

Climbers are used to ascending, but from Oct. 1-3, they'll be descending on Smith Rock State Park for the American Alpine Club's Smith Rock Craggin' Classic. The three-day event will celebrate all things climbing at the birthplace of sport climbing in the USA.

"This event has been going on since 2012 at Smith Rock, except for going virtual last year, "said Mariah Stone, event co-manager. Event sponsors include CAMP-USA and EDELRID, the Germany-based climbing equipment company which began in 1863 and invented the industry-standard kernmantle rope used in mountain and rock climbing.

The all-access general weekend pass provides for on-site camping Friday and Saturday nights, swag bag, beer for those over 21 and two morning breakfasts prepared by Climbers for Christ. A parking pass is also required, and as parking is limited, event organizers highly encourage shared rides. A carpooling forum link is on their homepage. 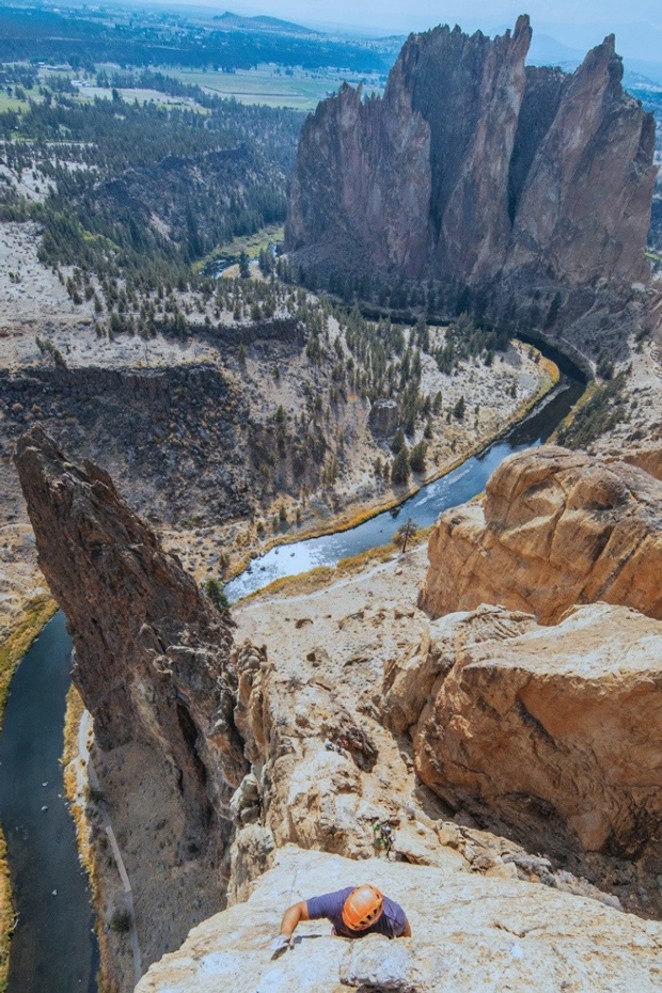 Check-in begins at 2 pm on Friday at Redpoint Climbers Supply in Terrebonne, while the activities and camping area are on private property, just outside the park. The main area hosts the Vendor Village, open for food and beverages and opportunities to engage at the tables with sponsors and organizations. At 4 pm, the TINCUP Mountain Whiskey Happy Hour commences, followed by Climbing Games to win some weekend bragging rights and cool stuff. Starting at 7 pm, there will be an exclusive screening and Q&A with Bend's Graham Zimmerman, professional climber and producer/director for Bedrock Film Works.

Various clinics and meetups are scheduled for Saturday, from 9am-3 pm, taught by professional climbers and supported by Chockstone Climbing Guides and others. The clinics focus on rock rescue, lead climbing, training programs, redpointing, multi-pitch climbing and more.

Also on Saturday, ACC's Climb United Program Director, Cody Kamemmerlen, will facilitate the Climb United Meet Up, along with crew from She Moves Mountains, started by Lizzy VanPatten.

"We're accelerating the cultural transformation that is taking place and has been taking place in the climbing community for quite some time," said Kamemmerlen. "We're excited to take folks out who are members of the BILOC, LGBTQ+, seen- and unseen-disabilities, and others and just go climb because I've seen how hard it is for folks to simply do what a lot of us take for granted and not deal with the discrimination of identify." The intent is to share the enjoyment of climbing but also to take time to have more complex conversations about their experiences, should participants want to. 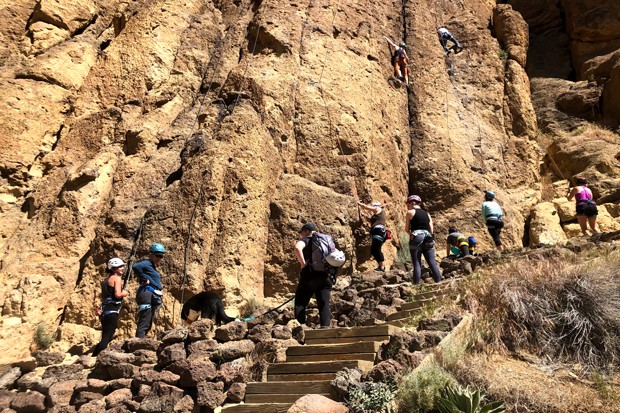 After a day on the crag, the evening events shift to other activities such as the Bucket tug-o-war and DIY rope rug demos, before climbing ambassador and educator Tommy Caldwell presents a recap of his earlier invitation-only session, the Hill to Crag Advocacy Group, an AAC program aimed at bridging the gap between politicians and the climbing community. Also, Jordan Cannon, a Yosemite climber with big aspirations, will screen his film, "Free as Can Be," and follow that up with a Q&A session.

Sunday morning kicks off with a Sunrise Yoga session led by Redpoint Climbers Supply and another free breakfast. Stretched out and well fed, participants can volunteer for the Trash Dash around the park, sponsored by Tuesday for Trash, a group founded last year by Wanda McNealy and Sharona Shnayder as a way to safely contribute to their communities.

Sunday also features a mental health professional from the ACC's Climbing Grief Fund who will lead a workshop focusing on the emotional and physical grief of loss and how to engage with this grief in a healthy manner. The free workshop runs from 10 am to 1 pm.