Rent Moratorium Proposal Asks Both Sides to Give a Little. They Should. | Editorial | Bend | The Source Weekly - Bend, Oregon

Rent Moratorium Proposal Asks Both Sides to Give a Little. They Should.

According to data provided by Portland State University, roughly 34.8% of Oregonians owed unpaid rent as of September

A proposal circulating in the Oregon legislature is intended to support renters who continue to struggle with paying rent during the ongoing COVID-19 shutdowns, while also offering some financial relief to landlords—some of whom have not seen payments from tenants for the better part of a year. According to data provided by Portland State University, roughly 34.8% of Oregonians owed unpaid rent as of September—a staggering statistic to accompany a staggering global crisis.

Under the Rental Housing Stabilization Proposal, dubbed Legislative Concept 18, a fund would be established to compensate landlords for up to 80% of the back rent they are owed. (As a consequence, they'd have to forego the other 20%.) Tenants, meanwhile, would need to submit a sworn affidavit saying they're experiencing financial hardship due to the pandemic in order to qualify for the ongoing relief. Currently, tenants in Oregon do not have to offer any proof that they've been financially impacted in order to forego paying rent. 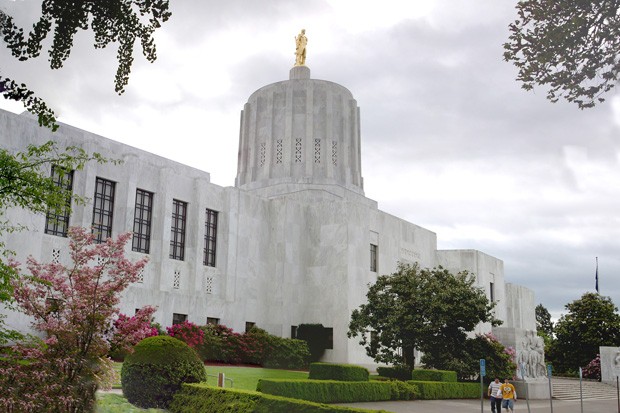 The topic should be addressed in an upcoming legislative session, before this growing crisis around housing becomes a catastrophe. Ironically, Gov. Kate Brown will need to declare a "catastrophic disaster" in the state before she can convene yet another emergency session of the legislature to deal with this issue. Time is of the essence, since the current eviction moratorium expires Dec. 31.

Whether you're a tenant, a landlord or a person who owns their own home, the issue of unpaid rents is a problem of which we are just beginning to see the effects. A bill like this, which accounts for renters as well as landlords, is needed. Tenants, landlords and the associations that represent them should see it as necessary.

With the current "freeze" staying in place in Deschutes and 20 other counties in the state for the time being, unemployment is going to rise; tenants will continue to struggle to pay rent and landlords will have to keep riding out the challenges of paying a mortgage without the revenue for it. While some homeowners are out-of-state investors, others are middle-class people who bought a second home or an apartment complex to secure their retirement—financial security that during the pandemic is evaporating.

Banks, throughout this crisis, have offered some mortgage relief for landlords, but eventually those forbearances offered by banks are going to come due—and not at the end of the life of the loan. It's not yet clear whether the renters who have obtained some temporary relief from paying rent will be able to pay back those monies in the time allotted them, and if they can't, expect the housing crisis that Oregon has seen over the past several years to only get worse. Relief needs to continue, not expire, in the midst of what are proving to be the toughest months of this pandemic.

Renters have seen some of their concerns around skyrocketing rents and unfair evictions addressed over the past year or so, by way of new rent control measures passed by the Oregon legislature. Renters have been buoyed by a sense of security in a state with an increasingly insecure housing landscape. In our ongoing housing crisis, supporting renters with a little more housing security is a strong move. Now, however, it's also important to recognize that in this deepening financial crisis not all burdens experienced in this pandemic can be placed at the doorsteps of landlords without risking foreclosures. As a state we do not need to look back very far into our history to see the ravages the Great Recession's housing mismanagement caused. If we want to mitigate future disasters, Oregon needs to shore up both renters and landlords as we work through this unprecedented time.

It is time now for Gov. Brown to declare the catastrophic disaster that would allow the legislature to convene before the eviction moratorium expires—or we risk seeing families evicted and houses begin reverting to bank ownership just as winter begins. Brown said in a press conference Dec. 1 that the federal government needs to act to offer federal relief—but with months of inaction, we are not holding our breaths that Congress will act in time. Should a declaration from Brown be forthcoming, we hope to see this proposal move from concept to passage in the legislaure—or risk seeing a wider economic fallout from the pandemic.