Reporting on Suicide has an Impact. In One Case Involving a Black Teen, a Lawsuit May Have a Bigger One. | Editorial | Bend | The Source Weekly - Bend, Oregon

Reporting on Suicide has an Impact. In One Case Involving a Black Teen, a Lawsuit May Have a Bigger One.

It was with heavy hearts that we learned this week of the pending lawsuit filed by the family of Deshaun Adderley against Bend-La Pine Schools. As parents ourselves, the story of Deshaun's suicide in December 2017 hit us hard.

When Deshaun's father, Donavan, granted us an interview in the spring of 2018, Donavan's story describing how Deshaun, a black teenager, was repeatedly bullied at Summit High School hit us even harder. Based on the handful of comments the story received on our website, we can assume that the story touched some others as well. When we followed it up with a longer story examining the school district's approach to racial incidents at local schools, that story, too, elicited a handful of responses. 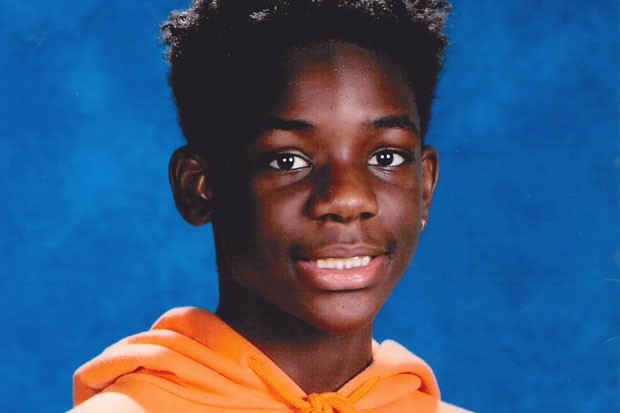 But it wasn't until this week, as news of the lawsuit came out, that the community really began to take notice of what happened to Deshaun. Stories can have impact, but apparently, lawsuits sometimes have an even bigger impact. A lawsuit is not going to bring Deshaun back, but a lawsuit is quite obviously bringing a level of attention that a suicide, and subsequent stories about the circumstances behind it, didn't.

Whether the lawsuit against Bend-La Pine Schools is settled, goes to court, or even gets thrown out, it's raised the conversation around teen suicide and bullying once again. In this case, it's also introduced the racial component of bullying that many locals would rather not see. But we refuse to look away, even if it's hard. More than 3,500 students of color attend Bend-La Pine Schools right now. This is not a small number.

The morning this issue went to press, we re-shared Deshaun's story on our social media channels. Sympathetic readers expressed the heartbreak they felt in reading it, and we appreciate those comments. But neither heartbreak nor lawsuits actually strike at the heart of this problem.

While racially motivated bullying isn't necessarily learned at school, it happens at school, and thus schools must do more to stop it.

Unfortunately, Oregon schools have been grossly underfunded for decades, and while we're hopeful that the dollars brought in through the Student Success Act will help some by adding more counselors to schools, we're not confident that it's going to be enough.

We certainly believe more could have been done in Deshaun's case. As his father stated in our May 2018 story, Deshaun visited a counselor the very day he got into a fight with a student who was allegedly bullying him—just before his suicide. His father also said Deshaun was put on a "watch list" at school, but that his family wasn't informed about that until after Deshaun died.

While privacy issues prevent schools from informing the public about disciplinary actions, we can only assume the counselor Deshaun visited that day was juggling the needs of hundreds of other students. Summit High School currently lists six counselors on its website. The school had a student population of 1,601 during the 2017-18 school year, with a black student population of 14, according to data provided by the National Center for Education Statistics.

To address the problem, schools need more resources in general, and, definitely, far more resources that can help staff and faculty understand the unique experiences of students of color. Bend-La Pine Schools is making some progress in this regard, including having its administrators attend race trainings—and offering that training to teachers who want them—but that effort is not enough and is not being rolled out fast enough to meet the needs of a growing minority population in the district.

The $400,000 lawsuit the Adderleys are bringing against the district is hardly going to bankrupt Bend-La Pine Schools, but what it brings in community awareness is priceless. Our students of color—as well as every student who is bullied in the district—deserve far more attention and support than they're getting right now, and it's up to every caring adult in the community to advocate for that attention and support at every turn.