Festival season and concerts aren't always the cleanest. There is an incredible number of gross things I've seen at Lollapalooza that I'd rather not share. That being said, it makes sense that around the country, popular festivals are having to make decisions to combat the spread of COVID-19. Coachella has been postponed until October; SXSW in Austin, Tomorrowland Winter in France, and other festivals have been completely canceled. Artists including Pearl Jam, BTS, and Madonna have chosen to postpone or cancel tour dates entirely. And these came even before mandates on large events were in place. 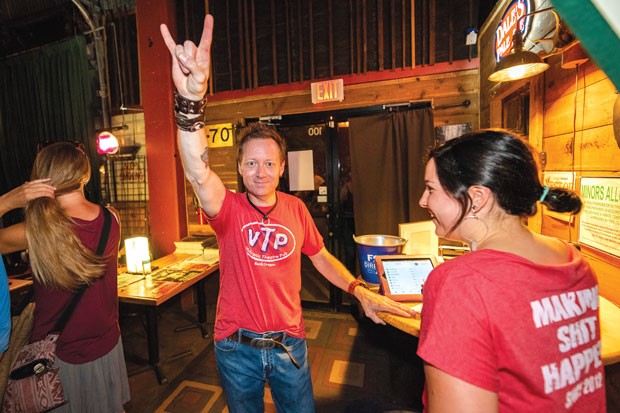 What does that mean for Central Oregon? Well, we're already seeing the effects locally.

On March 12, Bluetech was scheduled to perform at the Volcanic Theatre Pub but had to postpone due to coronavirus fears. Being from Palm Springs, Evan Bartholomew didn't want to risk becoming infected and bringing that back to a large community of retirees, where he could have been quarantined for weeks and could have gotten others sick. At that time, Volcanic owner Derek Sitter said he only had one other cancellation, and it may have been unrelated. Then Oregon Gov. Kate Brown announced a mandate: no events with 250 or more people. Things took a turn from there.

"Well, I've had six cancellations this morning alone. I expect more are on the way. So, it may not be my decision to make," Sitter said March 13. "It is a tough spot to be in as a venue owner. I had 20 events scheduled over the next month."

Other venues in town are feeling the heat as well. On March 9, the Tower Theatre sent out an email stating that "At this time, there are no recommendations to stop events or public gatherings in Oregon. Therefore, the Tower's programs, concerts and conferences are continuing as scheduled." However, the message went on to urge those experiencing signs of illness to stay home. A few days later, the Tower sent out another email stating they were looking into potential cancellations after Brown's mandate. The Domino room recently postponed its Anders Osborne show until Aug. 2, and more rescheduling is on the way.

"If they [an act] cancel, it's just a canceled show and we cut our losses and move on. But, if we mutually agree to continue the show, I think attendance will be impacted and we put the artists, crew, staff, and attendees at risk," said Sitter. "It's a unique and strange situation for sure. I'm not concerned about the loss of income. My first reaction to this was to keep people safe and healthy."

The decision on whether to continue shows at the Volcanic was tough. Sitter says he could have made sure that there were fewer than 250 people attending his shows, but that isn't the easy call.

"Do I risk being ground zero for an outbreak in Bend? Or do I open for people to go out and enjoy themselves and escape the isolation and fear of COVID-19?"

Ultimately, Sitter decided to close VTP through April 9 and has postponed or canceled at least 15 shows.

On a larger scale, Central Oregon plays host to a variety of music festivals, the closest on the horizon being 4 Peaks, scheduled June 18-21. Currently, the four-day festival has announced 23 bands—with more to come. However, as owner Stacy Koff puts it, things are changing by the hour, which makes it very hard to plan that far ahead.

"What I CAN say is that no bands have pulled out or are planning to," Koff told the Source. "In my 13 years of planning the festival, I have never experienced anything like this—and it is all unprecedented for sure!"

The weight on whether to have gigs isn't only on the venues, but artists as well. Local singer/songwriter Alicia Viani has been gearing up for her debut album release show at The Belfry for quite some time, but decided to put the show on hold.

"It will be very interesting to see how this all unfolds. I'm sure the virus is impacting you and your industry tremendously. Probably as no surprise to you, I am canceling the 4/11 show at The Belfry until a later date," Viani said in an email.

While music lovers might think times are tough without being able to go out and see shows, these times are affecting local venues and artists even more. To support them, consider buying artists' music online. Stream local bands' tunes all day long while you're self-isolating. Buy tickets for concerts further down the road or reach out to see what you can do to help venue owners and concert bookers stay afloat.

"When Disneyland closes, you know it's bad," said Sitter.