Restaurant of the Year 2015 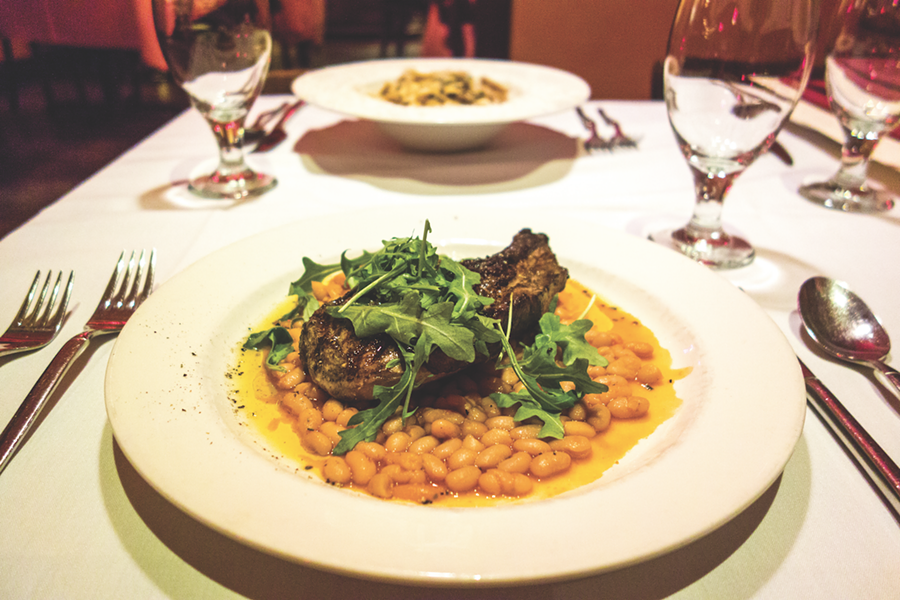 Louie Wray
Juri Sbandati did not dream about growing up to be a chef, and he really had no dreams of moving to America. He grew up in Italy, and it is that distinctly Italian childhood—and, moreover, his self-admitted stubbornness to concede to America influences—that makes Sbandati such a pure ambassador for the country’s food and lifestyle.

Ten years ago, he was living in Florence when he met his wife-to-be, a Bostonian who had relocated a few years earlier. They fell in love, and planned to stay Italy. He promised his mother that they wouldn't move, but three years later, he explains, there just weren’t many career opportunities. So they took a road trip across America, and eventually settled in Bend.

Sbandati didn’t speak English at the time, and even a decade later he ends his sentences with an uptick of Italian enthusiasm and some of his English words sludge into Italian.

On a recent afternoon, hours before the dinner crunch, Sbandati stands by a pot of simmering red sauce. “The smells remind me of my childhood,” he says, wistfully talking about his grandmother who died a few years after he moved away from Italy. “From where I’m from,” he says, “I spend most of my family time at the table.” He adds, “Cooking is how I keep memories.”

Sbandati opened Trattoria Sbandati in 2009, an extremely low point in the economy, and in such an odd location, with no foot traffic and hardly any signage. The restaurant is tucked behind a gas station and convenience store on the west side, but philosophically it is 5,000 miles away. Each morning, Sbandati makes bread and pasta, including cable-thick “paschetti,” a dish he named after his young son’s inability to properly say “spaghetti.”

“Food is an excuse to get together with people,” he adds.

The space inside is peaceful (at least when Sbandati is not yelling from the kitchen; “I’m passionate,” he explains.) About 10 tidy tables line a front room, each draped with white linen. The walls are painted yellow and high ceilings give an airy, relaxed feeling to the space.

The menu is distinctly—and proudly—Italian, with many of the recipes, he says, coming from his grandmother and, in spite of 10 years in America, Sbandati doesn’t budge and add American flares or nuevo flourish, but sticks with his traditions.

When asked if the Pacific Northwest influences his cooking style, he responds with a hearty laugh, “Not really.” He adds, “I am one of the most stubborn persons you have met. This is my world,” he kindly emphasizes.

“I don’t have anything against local cheese,” he continues, pulling a 10 kilogram wheel (he translates, “about 20 pounds”) out of the refrigerator and explains that all of his cheeses and wines are Italian. “I’m just trying to allow people to understand better about my country.”