Restaurant of the Year | The Source Weekly - Bend, Oregon

Around seven and a half years ago the Itti family moved from Port Townsend, Washington, to Bend, and our food scene has not been the same since. At that point, they'd been operating a Thai restaurant in Port Townsend for over two decades, and, seeing that Bend already had a handful of Thai restaurants, the family opted for a new concept: food from Northern Thailand, where the family originally hails from.

While some less-imaginative diners have whined over the years about Wild Rose's lack of Pad Thai, the popularity of this restaurant has not suffered. Even before the pandemic brought more limited indoor dining space to every spot in town, scoring a table at Wild Rose was a hot ticket; lines of expectant diners waiting outdoors a common sight. 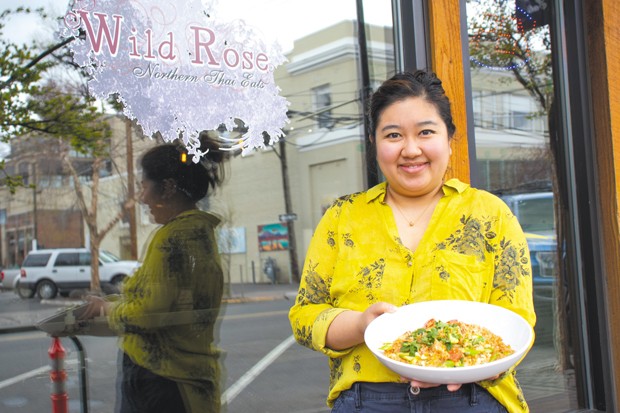 With the family poised to open a new Thai noodle and hot pot restaurant, called Sen, in downtown Bend later this month, it was past time that we named this Bend restaurant legend Restaurant of the Year. Diners in Bend know and love Wild Rose, and even the out-of-towners who frequent the area continue to add it to their list of places to dine on each visit. Plus, all visitors get the opportunity to expand their horizons, into shareable plates, sticky rice with most meals, and dippable sauces and pastes—traditional items for this Chiang Mai family.

"We're specializing specifically in food that's traditional to Northern Thailand—Chiang Mai specifically, and then, on another note, we're doing our own take on it. This is the way that my dad learned how to cook it from his grandfather, and that's why we're serving it this way. It's our family recipe. This is literally generations old," explains co-owner Rosie Westlund, daughter of Chef Paul Itti, who along with his wife founded the family's first restaurant after they immigrated to Washington in the 1980s. "At Wild Rose, you're coming into basically our home. You're eating our family recipes. We'll treat you like a guest in our home, but you also have to treat us as your hosts in our home."

Sitting inside Wild Rose, with its signature long-stemmed roses hanging from the ceiling, is, in normal times, a convivial experience, with packed tables and a busy atmosphere. But as we continue the back-and-forth between indoor dining being allowed and not in these pandemic times, Westlund said the restaurant has leaned heavily toward takeout. 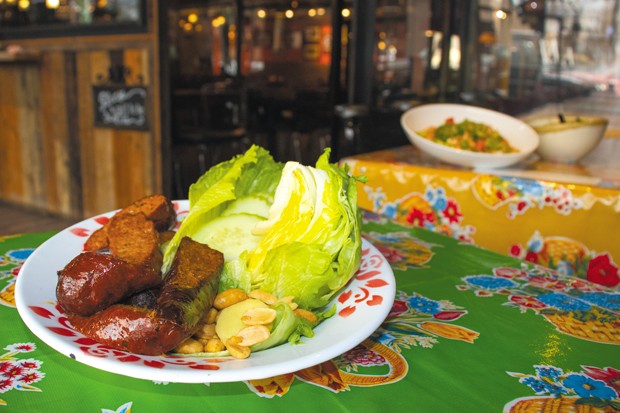 "It's just really about, how can we adapt so that we don't turn away a lot of business, but at the same time we aren't over-exerting our kitchen staff," Westlund said. Adaptations for Wild Rose over this past year, which previously mostly handled walk-in clientele, have included a queued phone system and online ordering—as well as online reservations, and now even a reservation cancellation fee.

"The thing that has hurt us the very most, honestly, this year is the back and forth between indoor dining opening up and then not. The volume is there whether it's to-go or dine-in, but once we're open for dine-in, we're very limited with seating," Westlund said, "whereas with takeout, people order and it's done."

Another thing this past year has brought—the sometimes-violent backlash against Asians due to the virus' origins in China—has not surprised Westlund.

"The acts of violence against the elder Asian population may be specifically COVID related, but the racism toward Asian Americans has always been there, and we have normalized it," Westlund said. "It's the micro-aggressive things that happen on a day-to-day basis that we as Asian Americans have built a tough skin about." 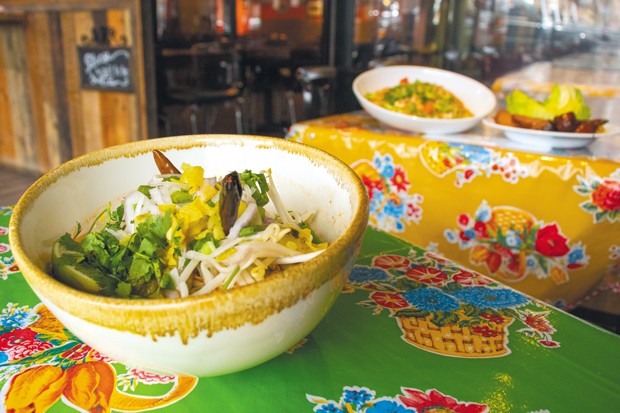 While the present moment has brought yet another round of the dreaded indoor-dining closures, diners can be sure that this family-owned and operated business will persevere and continue to do things their own way.

For us it's really and truly our family business," Westlund concluded. "We really don't compromise with that. It's not everyone's cup of tea, but for us, it's what kept us going."