Ariana is Special for More Than Just Occasions 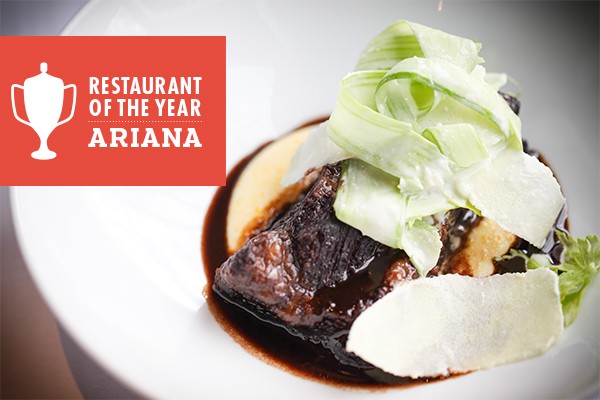 The restaurant of the year is a Central Oregon love story. A boy and a girl from different parts of the world fall in love while developing their passion for food. Ariana and Andres Fernandez were at the Cascade Culinary Institute together, but didn't connect until working together at Merenda (now 900 Wall). After they were married, they started their own restaurant with the help of Ariana's parents, Susan and Glenn.

Ariana's food is stellar, without a doubt, but what makes the spot stand out even more is its focus on community and family. The staff of 10 takes so much pride in what they do.

"It is about us and about all the other people that have been working here for such a long time, that they deserve a lot of the credit for this award, for sure, because they are the ones who allow us to do what we do," Chef Ariana says. "They are the machine that makes everything work. Like kind of our approach is taking care of everyone who works here first, and then it like ripple effects to the customers and it ripple effects to the community. So that's our biggest priority, taking care of all the people that work here and all the families that are supported by the restaurant."

Running a successful restaurant isn't easy. The hours are long, with a lot of time spent away from family. Ultimately though, the restaurant is its own family. Some employees have worked for the restaurant since the start 13 years ago. Others met their spouses on the job and are married now. Ariana and Andres live above their craftsman bungalow restaurant on the Westside with their two daughters, so when you sit down to dine you really are guests in their home.

The Source isn't the only organization bestowing awards on Ariana. They've made Open Table's top 100 restaurants in America – twice. To put this in perspective for you, only three restaurants in Oregon made the list, the other two are in Portland. and in Bend, Ariana. Central Oregon is often forgotten in the Pacific Northwest food scene, or is known mostly for beer, so Ariana is both earning the recognition it deserves and helping put this area on the map.

Adding to the accolades, a board member from the James Beard Foundation—considered the gold standard of culinary arts organizations—took the time to dine at Ariana and then invited the team to cook at the Beard House in New York City, an enormous honor in the culinary world. The chef from only one other restaurant in Bend, Joe Kim of 5Fusion, has cooked there.

Ariana adds its own perspective to Mediterranean-inspired dishes, with a focus on seasonal Northwest produce. The menu changes often, and as we enter spring Ariana is ready to introduce salmon to the menu again. The salmon is caught by a fisherman in Coos Bay and delivered the same day. You'll be hard-pressed to find a salmon as vibrantly, pinky orange as the fresh salmon delivered to the restaurant.

So where does a successful restaurant such as Ariana, booked every night, go from here? It would be an easy decision for them to expand—they currently seat just 46—but Ariana says they just want to keep getting better. After each service the staff has a family meal together and regroups to discuss the evening and talk about what they can improve to make the next night even better. 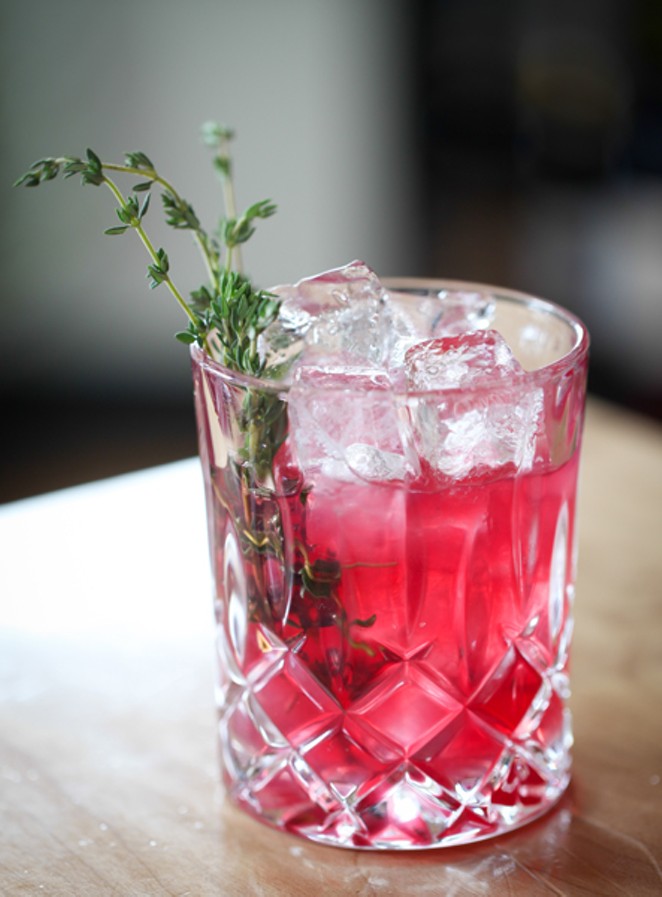 With the French Laundry in Napa, Calif. as its standard, Ariana's mission is to give guests an amazing meal and an evening to remember, whether it's an anniversary, birthday or date night. Walk in and you'll get a sense of just how important the customer experience is to the staff. Susan, Ariana's mom and the general manager, is the one taking reservations, doing what she can to accommodate special requests. Ariana says, "It sucks having a dietary issue or whatever and going to a restaurant and limited to one choice or two choices and that doesn't feel special." Most chefs would be annoyed with these requests, but Ariana and Andres take them seriously and see them as opportunities to push their skills.

Before I left the restaurant during this interview, I asked Ariana and Andres if they had anything else to add. Andres said, "We just want to make sure, Susan, Glenn, me and Ariana, we're really grateful having the people we have had working here and I think that is the most important thing."

Local tip: As the summer approaches, make your reservations at least a week in advance.

What you might not know: Ariana's menu is almost entirely gluten-free.