Restoring the River: A Talk With ShanRae Hawkins of the Raise the Deschutes Campaign | Local News | Bend | The Source Weekly - Bend, Oregon

Restoring the River: A Talk With ShanRae Hawkins of the Raise the Deschutes Campaign

ShanRae Hawkins, a spokesperson for the Raise the Deschutes campaign, talks to the Source about the project's efforts to inform the community about what it can do to participate in water conservation in the Deschutes basin. The goal is to restore flows and improve the health of the river. Wahoo Films is partnering with several local community collaborators to launch this project.

Source Weekly: Briefly describe what this project is about.

ShanRae Hawkins: Ultimately, it's a public awareness campaign. We're trying to help increase knowledge about the opportunities to improve the health of the Deschutes River and help people understand how the river is managed. There is a group of partners trying to work together for conservation efforts that will result in long-term changes and improvements of the river.

To give you a little bit of context, in 2016, the Deschutes River Conservancy did a telephone survey of 600 residents throughout the basin: During that survey, 88% of the people who were surveyed were unaware that local rivers and streams were declining. That relates back to river management and how water is diverted off the Deschutes River. If you're down in the Old Mill [District] and you're floating a section of the river, you may not realize that there are issues on the Upper Deschutes that begin at Little Lava Lake and run through Bend as the streamflow fluctuates.

SW: How will this campaign raise awareness for water conservation and restoration efforts?

SH: There are a lot of organizations and agencies talking about water management and conservation in the basin: You've got partners like the Coalition for the Deschutes, Deschutes River Conservancy, the Upper Deschutes Watershed Council, the Sierra Club, the irrigation districts and cities in Central Oregon. Everybody talks about water in different ways, and the end goal of the Raise the Deschutes campaign is to try and find a way to communicate the challenges and opportunities [for water conservation] in a cohesive message.

A lot of times, the community will ask, "How can I help?" and "How can I be part of the solution?" So the goal was to build a campaign that not only raises awareness but also offers people resources to learn more and find out how they can help raise the water in the Deschutes River. That's why we called it that. It's kind of a play on words. Raisethedeschutes.org is our website, and our goal is for people to go online and look at different ways that they can help.

We've come up with six different ways for people to help raise [the water] in the Deschutes basin, the rivers and streams. Number one: support infrastructure upgrades, including canal piping and on-farm improvements. Right now, most of the irrigation districts have open canals, which we see all over Central Oregon. Many were hand-dug over a hundred years ago. Anywhere between 20% to 55% of the water that's in these open-air canals is lost as water seeps into the ground. There's a big movement to pipe those canals so that we're conserving water. There's a chance that up to 50% of the water that gets diverted off the Deschutes River gets lost before it ever gets to the end user. Infrastructure upgrades are one of the best tools for water management.

As for on-farm improvements, within the irrigation districts, they're looking for ways for farmers and other water users to upgrade their irrigation systems, improve their gaskets and sprinkler heads and get a drip system so less water is wasted.

Another way to help is to donate resources and/or time to help support these organizations that help improve the health of the river. These are nonprofit organizations that are committed to doing work to improve streamflow. The Deschutes Watershed Council has events throughout the year that help people understand that by supporting those types of organizations, people can help improve the conditions here and that they can be a part of the solution in different ways. 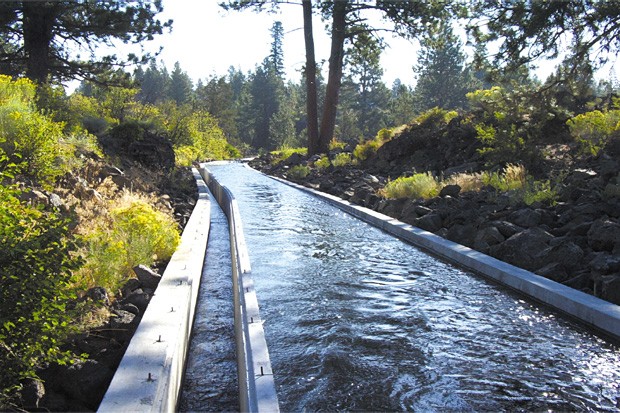 SW: What specifically does the campaign hope to accomplish?

SH: An overarching goal is to help people understand that we all have a responsibility to help the river. We hope to have community members—whether they're a recreational user, a fisherman/woman, a business, a nonprofit or a farmer—to understand we all have a role. The majority of the water from the Deschutes River is diverted for agriculture; we want to help people understand how and why the water is diverted and how important it is for growing crops.

If you're floating on the Deschutes, you may not know that the same water you're floating on is water that helps raise tomatoes you can then buy at the farmers markets in downtown Bend or Redmond. All of that water is connected, and we all have a responsibility to make sure that we're taking care of the Deschutes and that we have a healthy river. If you're not a farmer and you don't have the ability to upgrade your irrigation system, that's OK. You can be part of the river clean up that happens annually. You can help write letters of support so that we can get funding for infrastructure projects. These [canal piping] projects prevent the incredible amount of water loss to evaporation and seepage.

SW: Why will this campaign be put into place?

SH: Ultimately, we want people to have one source that they can go to to learn about the challenges and get educated about how we can all come together to do our part to manage our water wisely in our region. The partners who are involved in this are super diverse and all of them have different perspectives and management practices. At the end of the day, the reason that we were able to create this campaign was because we all believe that we need to balance the water needs of the community. And it's exciting that we have the ability to educate the community around both challenges and opportunities. It's pretty incredible that this really unique diverse group of partners was able to come together and get grant money to fund this campaign, and even though all of the groups have different approaches to how the water is managed, we all know that we can do our parts to make sure that we have a healthy river.

SW: Do you only hope to reach locals with this campaign, or do you hope to spread the word to others in Oregon as well?

SW: Who first proposed the idea for this campaign and who has made efforts toward it?

SH: All of these partners that I have mentioned, including the Coalition for the Deschutes and the Deschutes River Conservancy, as well as eight irrigation districts from north of Madras to south of Bend. The irrigation districts work closely with the Sierra Club and the Farmers Conservation Alliance on different water issues and in different formats.

We've talked about it for many years; how can we be more efficient with our resources? But we're all ultimately trying to do the same thing and it would be much more consistent and efficient if we had one method that everybody could agree on. It happened very organically. Our entire board, and every group that I mentioned, created a vision statement and our goals for the campaign, and then the board signed off on it. Once we got the vision down, then we said, "We will stay true to this." 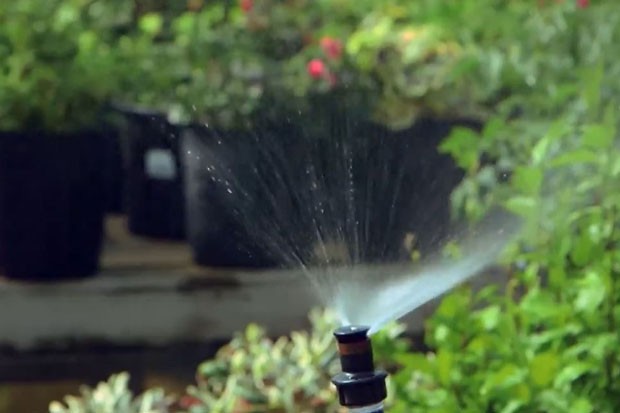 We were able to get a matching grant from the Oregon Community Foundation. I think what they liked about this was that it was such a diverse group of partners that were coming together in a very collaborative manner. We all agree that we need to do a better job of conserving and so I think that's been the key here. We all have different ways of how we approach water, but we all agree that we can do a better job.

SW: Did you have a timeline for seeing changes in the Deschutes basin?

SH: All of those eight irrigation districts have projects in the hopper. When these are put into action, they would conserve 191 cubic feet of water per second on the river. A lot of those projects need to be funded and some of them already are. The irrigation districts are the biggest users and have the largest opportunity to be able to put the water back in the river. Piping is the most efficient way to do this. There are a lot of arguments that piping is too expensive, but funding for many of these large piping projects is secured through federal dollars. Then we can use those funds to conserve water quickly. In the past, farmers and ranchers would upgrade their infrastructure project-by-project; it takes a really long time and it doesn't effectively scale up. So the idea of modernizing the irrigation systems, you have the ability to have gravity pressurize water through the pipes, which then allows irrigators or the farmers, to eliminate their pump and save energy. Then you have the opportunity to use hydropower, which provides electricity and can be a source of income for irrigation districts which can then lead to more conservation projects.

SW: When do you hope to get water rights protected instream?

SH: The districts and DRC are always talking to users to try and figure out how we can conserve the water and get it back in the stream. We can do this through leases or identifying water that's not being used.