Returning to the River

The Upper Columbia United Tribes are once again united by water 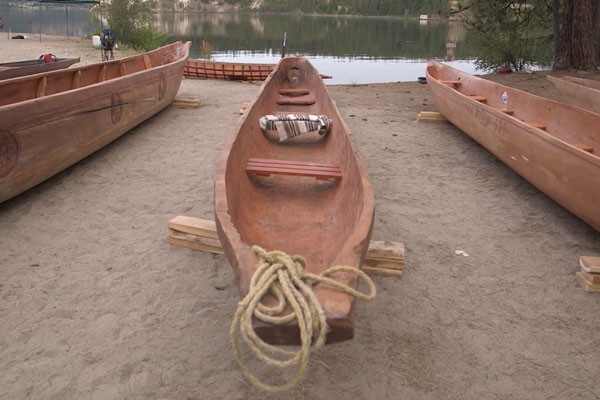 "The Grand Coulee Dam murdered my tribe's history. Murdered the history of all the Upper Columbia and Spokane tribes. Murdered my tribe's relationship with its deity and murdered our relationship with our futures. For us, the Grand Coulee Dam is an epic gravestone and we Salish people have been mourning the death of our wild salmon for over seven decades. What is it like to be a Spokane Indian without wild salmon? What's it like being the Kalispel? It's like being a Christian if Jesus had never rolled back the stone and risen from his tomb." — Sherman Alexie

Do we ever learn the important lessons before it's too late, or has everything humanity's achieved been because of the blessing of hindsight?

While watching Derrick Lamere's film, "United By Water," I thought about how most documentaries I've seen lately are all either warnings to do something before it's too late, or meditations on the way life could have been if humanity hadn't ruined some certain aspect of it.

Produced by the Upper Columbia United Tribes, "United by Water" is definitely mournful for a history out of reach, but also hopeful for a brighter future for the Pacific Northwest United Tribes. In 1940, Native people from throughout the Northwest gathered at Kettle Falls in Washington state to mourn the loss of their ancestral fishing grounds, about to be flooded by construction of the Grand Coulee Dam. The convergence was called the "Ceremony of Tears," still considered a great tragedy of the Northwest tribes.

Some 76 years later, six of the Upper Columbia United Tribes were given massive old growth cedar logs for a specific project: the communities on each of the reservations would hand-carve the logs into dugout canoes and travel along the river from their homes to Kettle Falls, each tribe coming together along the journey, reaching the location of the Ceremony of Tears.

Narrated by Sherman Alexie, "United By Water" is a powerful look at how the Upper Columbia United Tribes were undefeated after losing their salmon runs, and several generations later, took to the river to not only take their power back, but to show that the loss didn't diminish their spirit or culture. The documentary could have been a mournful look at yet another way white America has subjugated and destroyed whatever Native American culture it found in its way, but instead it's a hopeful and heartwarming look at the re-awakening of history for a people caught in the throes of a modern world.

The best documentaries show us a window into our historical mistakes and entreat us not to make them again. I wonder if we'll learn the lesson this time.