Excited to make its return to the stage, The Old Revival has tried to make the most of its time away

Things are still far from normal, but at least live music is back in some capacity in Central Oregon. It's probably been months since many of us have been to a concert that wasn't being viewed over our computer or phone screens. So if I'm jonesing for a show, one can only imagine how artists themselves are feeling. 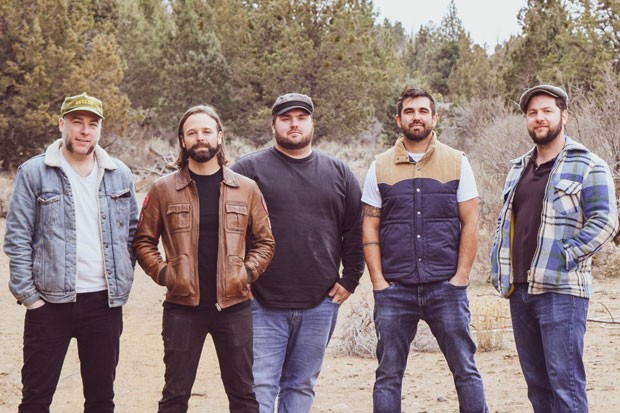 Brandon Prinzing of The Old Revival tells the Source that he and his band have never gone this long without playing a show. Spoiler: It's been four months!! In our interview, Prinzing shares what kept the group busy during shutdown and how good it feels to be back as they gear up to play at the Volcanic Theatre Pub this Saturday.

Source Weekly: So for some perspective, when was the last live show you guys did? Have you ever gone this long without a full-on in-person concert?

Brandon Prinzing: The last time we played was this February at WinterFest in Bend. This has definitely been the longest we have gone since the band began without playing any live music. It's been tough!

SW: Were you able to work on new music during this hiatus?

BP: When everything began to shut down, we were well into recording our upcoming record. So it allowed us to really buckle down and focus on the recording process. When live shows are no longer an option, it allows you to put every ounce of your creative energy into what's in front of you. For us, we were simply lucky to have a new record to continue working on and to finish.

SW: How excited are you to play at the Volcanic this weekend?

BP: We couldn't be more excited to be back at the Volcanic. It's one of our favorite local spots to play, and it feels like it's been forever since we have been able to jump on the VTP stage.

SW: Other than it being a source of income, what did you miss most about not being able to play shows for this long?

BP: This band has always been built around having a live show that connects everyone in the room for a small moment in time. It's a short window in everyone's hectic lives, band and audience alike, that nothing else matters but the music and the present moment. For us, I know that's what we miss most. The connection. Now more than ever, I think that's the kind of thing we need the most.

It's strangely comforting to know that bands are playing around Central Oregon again. Even if you aren't at the show—the fact people are out there enjoying time at a concert just feels right.

To catch The Old Revival and Michalis Patterson for a shot of live music in your life, be sure to grab tickets fast, since VTP is operating with limited capacity.