Prineville author and shop owner, ready to move on, hosting parties in 'open defiance' of closures

COVID-19 has impacted the majority of Central Oregon businesses, and business owners are reacting in different ways. Some have yet to reopen; some have found themselves sneaking in customers for stealthy haircuts. And some, like Prineville’s Rick Steber, are changing the names of their businesses in order to stay essential.


A prolific, self-published author, Steber was born and raised in Klamath County. He's penned over 50 works—largely Western-themed. In an interview with the Source, Steber explained the motivation behind the weekly get-togethers he's holding at his shop. 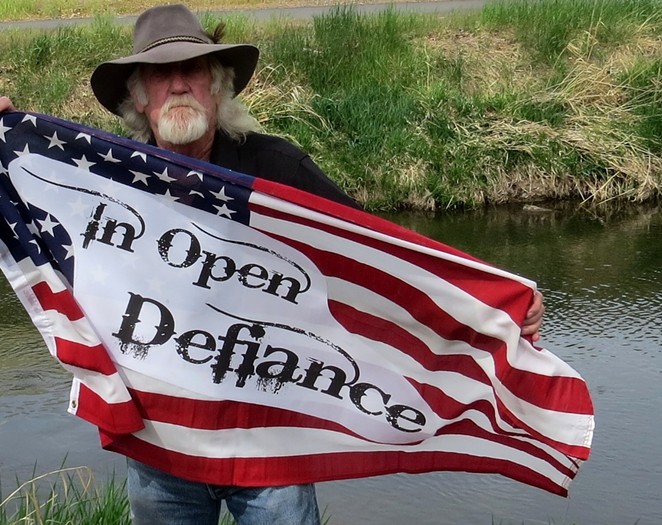 “I wanted to put something together that allowed local artisans and craftworkers a place to display their work. It’s amazing how much talent we have in rural areas, so much talent in Central and Eastern Oregon," Steber explained. "We showcase bead workers, sculptors, painters, wood workers, wood burners. We have one 95-year-old guy that makes walking sticks. We have a woman with 23 different personalities; part of her therapy is to express her different personalities through artistic means. Each personality is harnessed into a different piece of art, and all of her art is so different, it’s shocking.”

Steber explained that providing a place for high desert artisans to show their stuff was partially inspired by his late father, who forfeited his personal dreams in order to support his family. “My dad never got to do what he really wanted to do,” Steber said. “He wanted to make art. I have a display case in the shop that features all of the birds he carved. They’re amazing.”


Rather than shut his doors compliantly when statewide closures went into place, Steber changed the name of his business to “Rick Steber and Company Makers and Giant Toilet Paper Emporium,” and began peddling coveted toilet tissue in order to pass as an essential business. 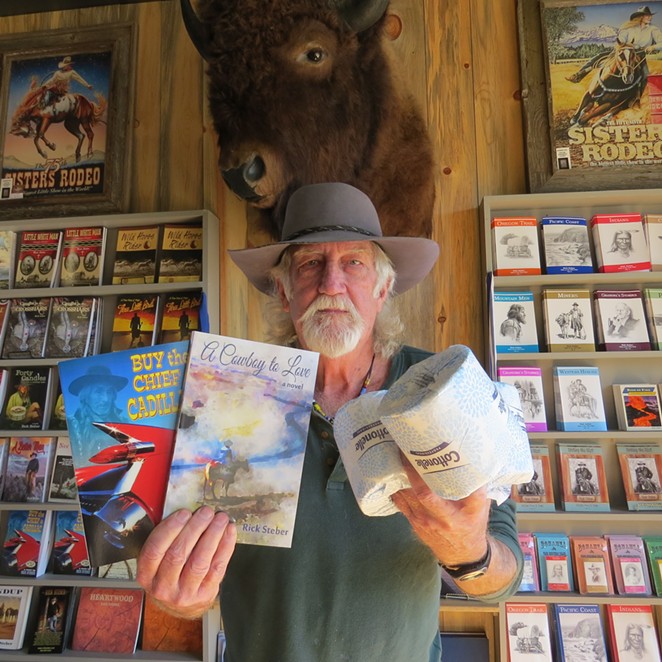 “We weren’t considered an essential business when all of this COVID stuff hit,” Steber explained. “So I started selling toilet paper, which allowed me to keep my doors open. Buy a book, get a free roll. About a month ago I started a day that I call ‘Open Defiance.’ I opened up and said, ‘Come on down.' The first week was just amazing; I did twice as much business as I did during my grand opening, last September. I had people coming down and thanking me just for opening.”

Before the shutdown, Steber said his place had become somewhat of a tourist destination. “People were coming into Prineville from all over, spending the night. Things were going really well until the rug was pulled out from underneath me.” 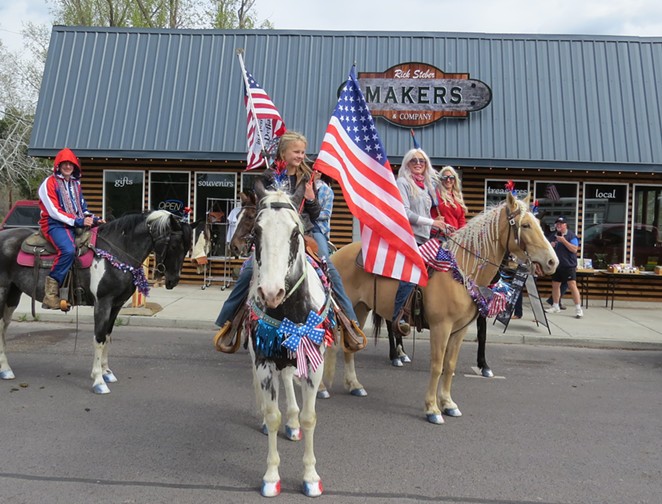 Melissa Anne Haendel, Director of the Center of Data to Health at Oregon State University, noted that small, rural communities were more likely to rush returning to “normal” because of low incidences of COVID cases. Crook County, which includes Prineville, has just six cases as of today, and has maintained a low number throughout the crisis.

“It’s normal for people to feel anxious about returning to our day-today lives, and they think this isn’t as big a deal as it actually is,” she explained. “Such things happen only once every 100 years or so, leading to some sense of false confidence. This is especially true in places that haven’t seen as much infection, and for people who haven’t had any loved ones succumb to COVID. However, the science tells us with certainty that going back to ‘normal’ is not only not a good idea now, but that even if we did open things up faster, they aren’t going to really be normal anytime soon. Rural or smaller towns are likely to feel this way because of low case numbers, but those are the very places likely to be most impacted if and when it arrives on their scene, because they will have let down their guard and they’re often close-knit communities.” 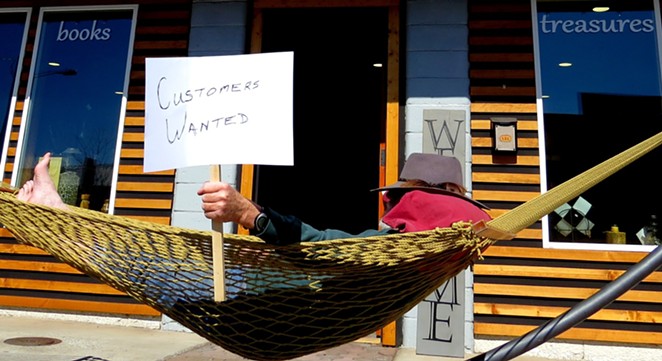 “Last night, we had a pop-up tailgate party. We had live music, people read poetry, told stories. The whole idea is to make fun and have fun. I want to set an example to other Central Oregon business owners, I want to say to them, ‘Hey, let’s get on with life,'" Steber told me. "Some people come in with masks and that’s fine, some people come in and want a hug. You know, it’s everyone’s personal responsibility to take care of their health. It isn’t a government function. I say get out and live, take care of yourself. Don’t throw the baby out with the bathwater.”