Editor's note: Burt Gershater is a new columnist for the Source Weekly who is springboarding from his column in Arizona to doing one for readers in Central Oregon. To kick things off, I asked him to answer a few questions.

Source Weekly: You have a popular column in your former home of Flagstaff. Talk about the genesis of that column and how it grew in popularity. 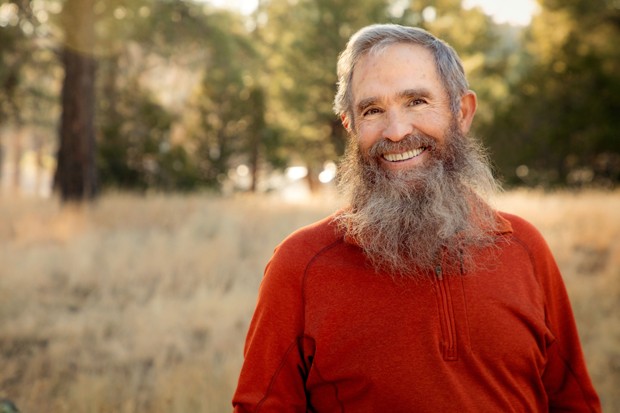 Burt Gershater: Thirteen years ago, I facilitated a program for a new bank in Arizona. Part of the curriculum was a weekly email reminder on how to become a better leader, team member and person. In short time, it entered the community and soon after became a regular column in our local newspaper.

SW: Now that you're in Bend, you're bringing a new version of your column to local readers here. What's your impression thus far about what Central Oregon readers might be looking for in a column from a professional in the realm of psychology?

BG: Bend is a gem spot in our nation. Lakes, rivers, uncountable trails, spectacular mountains are woven into our lives. Awe surrounds us but can too frequently be taken for granted. How do we infuse our daily lives with deep gratitude and meaningful relationships while tackling our day-to-day responsibilities?

... And with that, here's Gershater's first column for the Source.


We can't feel it or even truly understand it.

What we do know about time is it never stops. It's always moving.

Fifty years ago, I left northern New York State to attend graduate school at Northern Arizona University in Flagstaff, Arizona. My whole family thought I was a bit crazy at the time and they weren't entirely wrong.

I earned a master's degree in school psychology at NAU and after serving a year's internship at the local Guidance Center, opened my private practice in June of 1976. That same month our first daughter, Jennie, joined us. Flagstaff had a population of 15,000 people and there wasn't one master's-level counselor in private practice. All my professors thought I was a bit crazy and they weren't entirely wrong, either.

I was terrified. How was I going to make this work? But within two weeks I talked my way into the local morning TV show being interviewed by the news director about all aspects of mental health. Time was flying and I was growing my new counseling wings. That was almost 45 years ago.

In a short time, two more children joined us, Mat and Jessie.

I picked up my arm and looked where my watch would have been and called out to the crew, “Hey, everybody! We are right on time.” We didn’t even know the time, but somehow we knew: we were right on time. tweet this

I knocked on nearly every professional's door looking for referrals. My clients were all folks realizing that somehow their light was not as bright as they wanted it to be. We all get to feeling that way at times. Being dedicated to my own therapy has always been a central part of my learning and growing. Over the years I also provided programs for our nurses, doctors, lawyers, judges, teachers, students of every age, collegiate athletes, bankers, river runners and many more. I had another TV segment and have had a column in the local paper for the past seven years. My book, "No Guts No Love," was published in 2008. What a time it has been!

With time, our children grew and we took them skiing, kayaking, climbing, camping and hiking all over the Southwest. On one particular trip we came upon a life-changing concept. We were all anxiously scurrying to get out of town to have some fun together. You know the feeling. Not quite panic but definitely high stress. Sharp voices, worry, hurry, edgy. Then it hit me: What are we all scurrying about? None of us wore watches, but I picked up my arm and looked where my watch would have been and called out to the crew, "Hey, everybody! We are right on time." We didn't even know the time, but somehow we knew: we were right on time.

It has been the family slogan ever since.

On a Sunday morning a few months ago, Wendy, my dear wife, and I got a phone call from our daughter Jessie who lives in Bend. She's been here for nearly 15 years.

"Dad, Wendy, the house right behind us just went on the market!" Wendy and I looked at each other. Between the two of us, we had lived in Flagstaff for 97 years!

We have been to Bend many times and love it. Two of our grandchildren, Livi and Lyza, are here. Jessie and our son-in-law Jesse are two of our favorite people in the whole world. Jesse and his family have lived in the Bend and Madras areas his whole life. We've paddle-boarded on the Deschutes River. Kayaked at Sparks Lake. Cross-country skied at Virginia Meissner Sno Park and hiked trails at Smith Rock. What a place!

The very next day we put an offer on the house. Sight unseen. The market was hot, there was NO time to waste. Two days later they accepted our offer. Our heads were spinning. What time is it? Who knew?

We arrived in Bend roughly four weeks ago. Our family moved us in. Livi and Lyza skip to our house, about 20 seconds down the hill. I opened my new office downtown. Wendy is doing everything to make us legal Oregonians.

In the years ahead, I'd like to share some good stories and some solid, practical, uplifting advice with our new Bend friends.

I believe we're right on time!

- Burt Gershater is a counselor, leadership trainer, speaker and writer. He can be reached at info@burtgershater.com