Fighting to keep our waterways flowing

Tod Heisler might as well have river water running through his veins. He was recently hired as the director of the Rivers Conservation Program within Central Oregon LandWatch, and before that he led the Deschutes River Conservancy for 15 years. His 30 years of conservation experience began with the World Wildlife Fund in Washington, D.C., followed by 10 years with Conservation International. 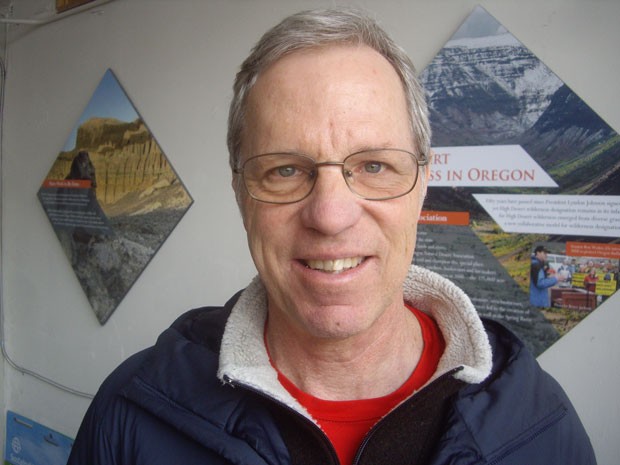 At LandWatch, Heisler's mission is to do what he can to help the Deschutes River restore its stream flows. He also wants to lay out the river's weaknesses and address how best to help repair and reverse those problems.

How does one explain the contrast, he asks, between the bubbly trickle of the Deschutes that slithers past the Riverhouse Hotel and Convention Center, and the wide river that vamps through the Old Mill area, barely a mile away. "It's really foreign to everybody," Heisler says. "It's hard to know how the river even works."

Ultimately, it's the irrigation diversions that control the river's flow, but Heisler quickly makes it clear that no one is out to take away anyone's water rights to that river water. It just needs to be better managed to lessen the river's extreme high and low levels, Heisler says. By decreasing summer flows and increasing winter flows, the river can manage its own health, he adds. "The river will repair itself if you give it a chance. Ultimately, you want a river that maintains itself."

Rather than the exposed irrigation canals that course through our landscape, Heisler says that LandWatch has been a proponent of piping irrigation water since up to 50 percent of the water that flows through open canals can be lost through seepage into the porous volcanic rock that bedrocks much of Central Oregon.

A major goal is to restore the upper river from Wickiup Reservoir on down to Bend, Heisler says. By jumping from the Deschutes River Conservancy to LandWatch, he says he has "the same job but from a different seat at the table." With the former group, Heisler says he had to balance the desires of seven distinct interests on the board, but now he singularly represents the river's best interests. "I can speak a little more freely on what the river needs and can now represent the river's perspective. It is now easier for me to advocate for the river, but it's no easier to achieve the results."

In the new year there are planning and regulatory processes going on at the state level, decisions by the State of Oregon to protect the river below Wickiup, Heisler says. "It's been a challenge how to protect the water out there. I'm in a better place here to advocate clearly from the river's perspective, and that's what I intend to do."

Longer term threats to the river have been brought on by climate change and drought, he says. "The biggest impact that science is telling us that climate change is going to have is not necessarily less water, but the timing of water — more rain and less snow." Less snowpack means less water for the river. And as Heisler points out, when summer rolls around, everyone wants the water at the same time, from the Central Oregon resident watering the lawn, to the farmer irrigating crops, to the kayaker bobbing in the white water park.

About 100 years ago, Heisler says, the state gave away all the water in the Deschutes in the form of water rights. "We over-appropriated the water. We're still living with a 100-year-old problem. The challenge is to focus on what we really need the water for and sharing the water that was given away 100 years ago.

"It's complicated. People who have lived here all their life don't fully understand how the river suffers, and it's hard to get that message across. It's not very understandable to most people." Heisler says the river's health is a lot harder for people to comprehend compared to land-use issues, which can be more easily seen.

Heisler is married with two kids, one in college and one in high school. Since moving to Bend about 15 years ago, he says working on local conservation issues has been more rewarding than working on an international scale. Observing improvements in the river first hand has been rewarding, he says. "It's very gratifying to work in an area where the results are so tangible. I just have a great passion for the rivers in our high desert. They are very precious and I get a huge amount of joy out of helping restore them."

Heisler is originally from Cincinnati, Ohio, where he says he grew up on a river and learned to appreciate the water. He was an economics major at Colby College in Waterville, Maine, and came to work in conservation through the business side. He lived and worked for a time in Denver, Colo., before spending about 20 years in Washington, D.C. "It's very gratifying to go from international to local because you get to see the real results."

These days, Heisler enjoys cross-country skiing and in the summer, mountain biking and hiking. He also does a little fishing, and like many other folks, savors paddling on the Deschutes.