Roads, Bridges, Water and Broadband Were on the Line. Bentz Voted No. But Why? | Editorial | Bend | The Source Weekly - Bend, Oregon

Roads, Bridges, Water and Broadband Were on the Line. Bentz Voted No. But Why?

Rep. Bentz's office did not respond to our request for comment on the infrastructure bill vote by press time

Whether it's out of genuine interest or just for optics, politicians in Oregon sure do like to talk about "rural issues." Every election season, political hopefuls will trot out the talk about rural Oregon's shortage of quality rural jobs, sub-par or inequitable education, the lack of investment in basic services and more. Mentioning these issues allows politicians to seem like they care about the people who don't live in the metropolitan zones of the state—but it's a little further out from election season where the rubber meets the proverbial road. And in the case of the recent passage of the Infrastructure Investment and Jobs Act, it's not just literal rubber-meets-road; it's actual roads, water and educational access that hung in the balance.

This week, much has been said about the improvements promised under that infrastructure bill, awaiting President Biden's signature as of press time. The highlight reel of the $1.2 trillion, bipartisan infrastructure bill includes more money for roads, bridges and transit across the nation, promising to add some 2 million jobs per year. Closer to home, the bill will bring some $1 billion in new federal funding to Oregon. Of that, $250 million will go toward improving the quality of drinking water for tribal communities—including addressing the dire water situation on the Warm Springs Indian Reservation, where "boil water" notices are a common occurrence. 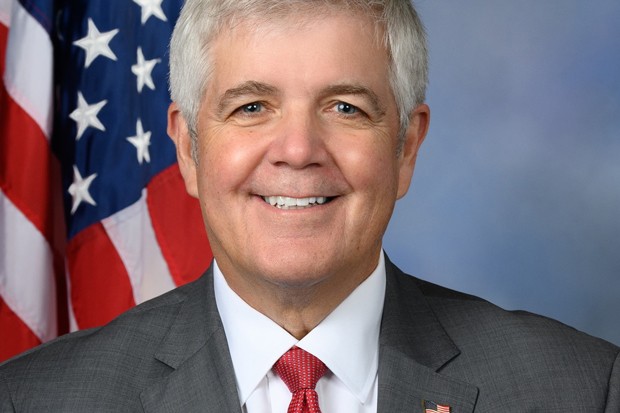 Another $65 billion of the funds will go toward connecting rural parts of the country to broadband internet, with some $100 million of that slated for Oregon's rural communities. Another $100 million will be used in Oregon to manage forest health and help mitigate wildfire risk.

These concerns—forest health, water quality and, in an era when remote and distance learning bring more equity in education to remote communities, broadband internet access—are all vitally important to rural Oregonians. Why, then, would a congressman who largely represents a rural population vote against it? A number of Republican lawmakers voted in favor of the bill—but our own congressman in the 2nd Congressional District did not.

It would be helpful to know why, but thus far, Rep. Cliff Bentz (R-OR2) has been mute on the subject. Giving lip service to rural issues during campaign season is one way to get voters to pay attention—but it's when the votes are cast that our elected representatives get the chance to show what they actually stand for. Could it be the fear of not standing in lockstep with other Republicans, who seem hell-bent on ensuring that the current Democrat-majority Congress gets nothing done? Rep. Marjorie Taylor-Greene, the Republican from Georgia, called her fellow Republicans "traitors" for voting in favor of it—as if party loyalty were more crucial to their jobs than addressing the critical needs of all Americans.

In the case of Rep. Fred Upton, a Republican from Michigan, voting "yea" on the bill resulted in him getting a flood of threatening messages. Upton lamented the calls, saying the bill was "commonsense legislation that will support critical infrastructure projects in Michigan without raising taxes or increasing the debt."

In these times, even voting on "commonsense" bills could ignite a firestorm, but if Bentz's social media accounts—one of the ways he communicates with the public—are any indication of where he stands, then we can glean that he, too, is more concerned with partisan mudslinging and trotting out tired memes about the "Pelosi and Biden boogeymen" than he is with actually bringing jobs, better education, improved forests and water quality to Oregon.

"President Biden has made it clear that his policies are focused on fulfilling the agenda of far-left environmental radicals instead of conserving our natural resources & working w/ rural communities where Americans have lived & protected the land for generations," he wrote in a tweet Oct. 27 in regard to a bill that aims to claw back some critical habitat designations.

In other tweets, he calls for transparency surrounding another spending bill, the Build Back Better bill, which has yet to pass, expressing concerns about inflation and government spending. It's great to know where he stands on that issue—but rural Oregonians deserve to know where he stands on the bill already voted on, too. Rep. Bentz's office did not respond to our request for comment on the infrastructure bill vote by press time.

When the funds and the jobs and the improvements start flowing in due to the Infrastructure Investment and Jobs Act, will Bentz's reluctance to vote in favor of the bill result in less money and fewer improvements and jobs coming to Oregon's 2nd District? We hope not.

Related Listen: Oregon's U.S. Rep Cliff Bentz Condemns the Violence at the Capitol 🎧: Bentz weighs in on how to overcome divisiveness in national politics and his connections to Central Oregon

Listen: Oregon's U.S. Rep Cliff Bentz Condemns the Violence at the Capitol 🎧
Bentz weighs in on how to overcome divisiveness in national politics and his connections to Central Oregon
By Laurel Brauns and Aaron Switzer
Local News