Roam On Over to Minnesota Avenue for Inspired Seasonal Eats & Drinks | The Source Weekly - Bend, Oregon

Roam On Over to Minnesota Avenue for Inspired Seasonal Eats & Drinks

September 01, 2022
comment
While Labor Day signals a change of seasons with long, hot days giving way to longer, cooler nights, dining on the patio is a wonderful way to ease into autumn. That’s why one of Bend’s favorite downtown restaurants has renovated and revamped its outdoor patio seating this year so their guests, locals and visitors alike, can enjoy the refreshing air and bustling street view for as long as possible before the snow flies. But the patio isn’t the only reason to make a reservation at the Oxford Hotel’s Roam restaurant. 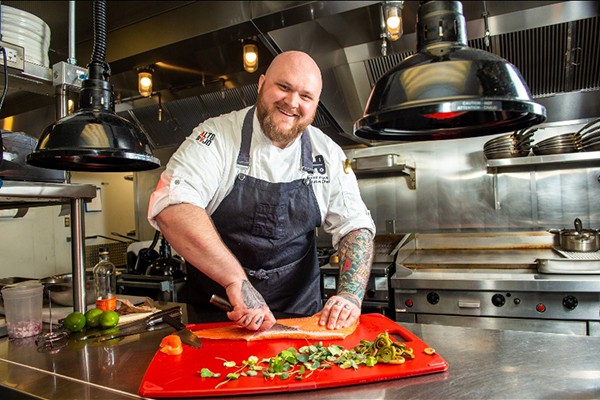 “The new menus showcase fun and unique ingredients emphasizing local ingredients. Not only do our dishes taste amazing but they’re plated in a fun and beautiful way making you want to take a photo before you eat,” exclaims new Executive Chef Bryant Kryck.

Upon his arrival in Bend, Kyrck, the featured chef for Feast Portland, realized that the Roam menu was lacking something: appetizers! So, as he set out to create a wonderful atmosphere for every occasion, he also wanted to woo those looking for a drink, appetizer and small plates to share while socializing. There’s also a new cocktail dessert menu for those after-dinner sweet cravings. 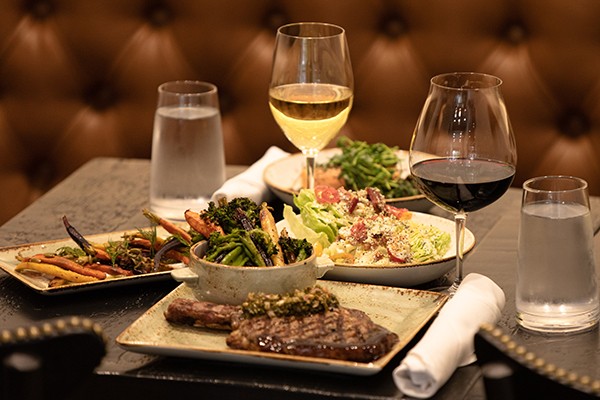 Of course, those starters and after-dinner desserts don’t take away from any main menu favorites, such as Plancha Seared Scallops layered on top of a buttery rich celery root puree and served with house-made chimichurri and bourbon-bacon jam or Charred Shishito Peppers, blistered and charred and served with a red pepper coulis, crispy pork belly and goat cheese. “You get sweet, spicy, salty, and creaminess from the goat cheese that really tickles your taste buds,” Kyrck explains. Other main dishes include Plancha Seared Half Chicken and Bone-in Ribeye. For dessert, there’s a Blackberry Crème Brulee now on the Roam menu. It’s made with Madagascar vanilla and house made blackberry compote reduced down from Oregon pinot noir wine.

A little about chef Kyrck. He began his culinary career seven years ago after serving as a U.S. Army Military Policeman. His education includes Le Cordon Bleu, which he says prepared him well for the competitiveness of the real food world. He began his journey as executive chef at the Hi-Lo Hotel in his hometown of Portland, Oregon before opening and reconceptualizing hotel restaurants in New York, Michigan and Nebraska. Kyrck also appeared on Food Network’s “Chopped” and “Guy’s Grocery Games” in 2020. Chef Kyrck says he’s excited to bring his fresh take on modern American dining with a focus on fresh, local ingredients and the sustainable food movement to downtown Bend.

That fresh, modern spin applies to breakfast and brunch, too. Weekday breakfasts at Roam include a variety of pancakes and French toast, such as Lemon Poppyseed Pancakes and Blackberry French Toast. Of course, there are eggs – any style, plus benedicts, omelets, scrambles and hash, breakfast burritos and sandos. Saturday and Sunday brunch goes until 2pm and also features salads and specials like the Roam Burger and charcuterie. 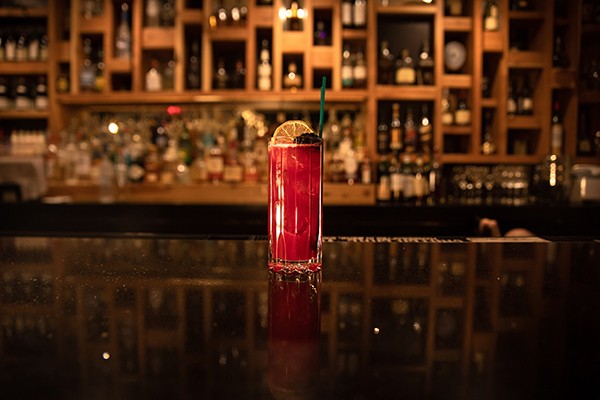 Roam’s beautiful bar area is one of downtown’s buzziest bars for pre-dinner cocktails and happy hours (2pm – 5pm and 9pm -10pm daily). Creative, handcrafted cocktails include the Blood Moon with Sun Ranch vodka, crème de cassis, Lillet Blanc, Earl Grey tea, blackberry, and coriander. The Maverick with scotch, sherry, and golden raisins and the Northern Blaze with sotol and rum are among numerous cocktail highlights along with port and cognac selections.

Roam is open seven days a week from 7am to 10pm. Advance reservations are recommended for breakfast, brunch, lunch and dinner, and can be made online at the Roam restaurant's website. Gift cards are also available.