The Japanese term, "izakaya," translates to a neighborhood pub where friends gather after work for great food, drinks, laughs and conversation. The concept is not lost on Bend Izakaya Ronin, Scott Byers' brick-and-mortar version of his popular Japanese food truck.

"We opened the food truck in June of 2014," Byers explained. "It was new for Bend for a truck to be slingin' fish; no one was doing what we were doing. We kept working at it and got more and more noticed, we started gaining repeat customers. Donni Davidson, who now owns The Bite in Tumalo, was a big supporter of ours. She told me about her concept for a food truck lot; eventually we moved down there and Ronin completely took off. The business started outgrowing the truck itself; there was a constant line of people from open to close. We were small, but the demand was high." 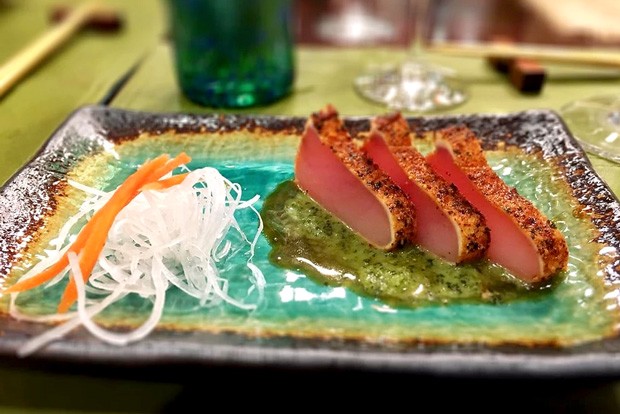 With that popularity, Byers started looking into brick-and-mortar locations, preparing to use what he found as a catering kitchen while he launched another food truck concept. "When I got into the space, I decided just to remodel it and make it what I wanted," he explained. "I shuttered the doors of the truck and opened the restaurant in January of this year. Everything was going great up until the pandemic, and here we are now."

During my recent visit to Ronin, I was blown away by the epic and unanticipated omakase, a meal consisting of chef-selected dishes, that was expertly presented by Byers and his head sushi chef, Brad VanHemelryck.

"'Omakase' basically means, 'I leave it to you,'" said Byers. "We go over parameters, like any intense dislikes, allergies and the price point. So people will come in and say they want to spend $50, which will get them around five plates of food; hot, cold, fish and sushi, cooked. There's no set anything when it comes to omakase, we all just communicate in the moment and play off each other."

The dishes that arrived for me were inspired; neither on the menu and both delicious: the first, a pan-fried pork belly with roasted apples, pickled mustard seeds and a side of house-pickled daikon; the second, a crab roll topped with an ahi-like marinated watermelon that VanHemelryck had been experimenting with. Both true works of culinary art, visually and otherwise. 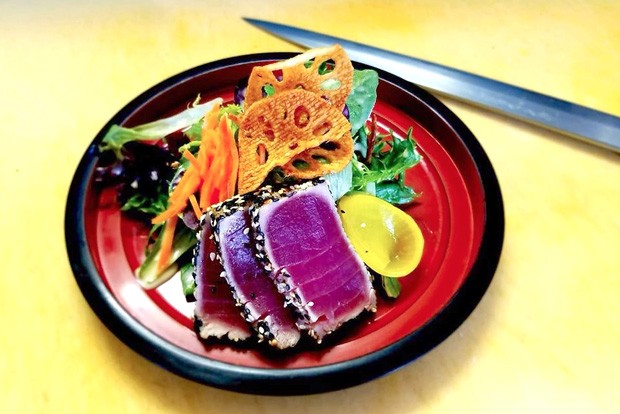 Byers noted that while he appreciates the simplicity and quality of Japanese cuisine, he is passionate about giving his culinary team room to explore. "Our head sushi chef, Brad, worked for us in Tumalo, then moved on to L.A. to attend the California Sushi Academy," he said. "Right out of school he was lined up with a job at a Michelin Star sushi bar. When COVID hit he found himself in the same spot of a lot of chefs and came back to Bend. The people I look for are people with the background and integrity to keep the tradition going while branching out and trying new things. It's a collaborative effort on everyone's part."

In a world where ego can play a significant role in menu development, Byers noted it's rare to find a head chef or restaurant owner that pushes for collaboration. "I want my team to help me come up with the menu," he said. "I give my chefs space and freedom. I like watching what they can come up with; I like watching them grow. There's always a team behind every good chef, down to the bussers, the dishwashers and the service staff. There are a bunch of people behind me that really make Ronin what it is."