Rolling Back Environmental Protections: A Laundry List of the Past Four Years | Natural World | Bend | The Source Weekly - Bend, Oregon

Rolling Back Environmental Protections: A Laundry List of the Past Four Years

Over 100 legislative or administrative rollbacks targeted during the outgoing administration

As its time in office comes to a close and we look ahead to 2021, the Trump Administration will be remembered for many things—but conservation will not be one of them. During his time in office, his administration has led an assault on the environment: reversing, revoking, or rolling back nearly 100 rules and regulations that impacted clean air, clean water, wildlife, toxic chemicals, energy exploration and emissions, and climate change, to name but a few. Though the administration did pass the John D. Dingell, Jr. Conservation, Management, and Recreation Act, along with the Great American Outdoors Act, these were overshadowed in the wake of environmental deregulations.

Trump's plan for energy dominance for the U.S. also included reducing imports of foreign energy while boosting exports of American energy. In short, energy development would trump environmental protection. To promote this America First Energy Plan, the administration has removed or rescinded many Obama-era regulations which targeted reducing carbon emissions and combating climate change while protecting public lands, wildlife and other essentials such as clean air and water. One example of this was the Affordable Clean Energy rule which would enable states, not the Environmental Protection Agency, to establish clean air standards for gas- and coal-fired power plants. This action repealed the 2015 Clean Power Plan and set lower air quality standards that even the EPA agreed would have an increased impact on vulnerable communities. 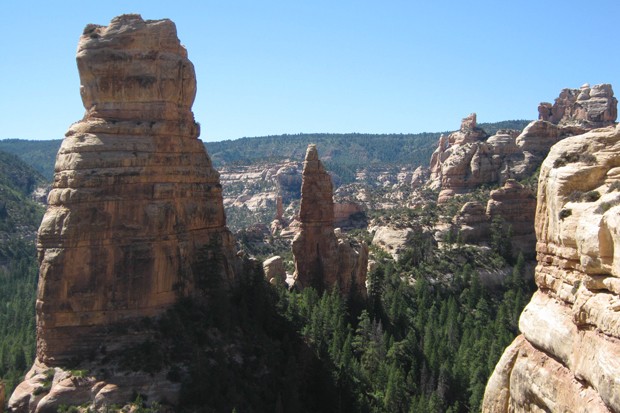 "If the pandemic has taught us anything, it's that we must fundamentally reset our relationship with wildlife and the natural world," said Brett Hartl, government affairs director at the Center for Biological Diversity. "If we protect the planet's most imperiled species, we'll take care of people too. Their protection will give us cleaner air and water and less risk of another zoonotic pandemic sweeping across the globe."

Internationally, the Trump administration pulled the U.S. out of the Paris climate agreement, signed by at least 55 countries representing 55% of the world's global emissions, to combat climate change in 2015, citing unfair economic burdens placed on U.S. companies and businesses. The agreement targeted keeping global temperature rises below a 2-degree-Celsius increase above pre-industrial levels over the next century. Withdrawing from the accord in 2017 enabled the U.S. to pursue fossil fuel development, but also signaled the U.S. would not be a major stakeholder in leading the charge against carbon emissions and climate change, even though shareholders of energy development companies are calling for alignment. As of November, 194 countries and the European Union are signed on.

Energy dominance also comes at a price, as energy reserves on public lands have also been targeted for development. The current administration plans to open a critical portion of the Arctic National Wildlife Refuge, one of the last remaining wild places on earth, to oil and gas development. Home to musk ox, wolves, polar bears and large caribou herds that the native Gwich'in people depend upon for survival, the administration recently released a plan that energy exploration in a portion of the 19- million-acre refuge will have no lasting impacts on the landscape or wildlife. Auctions for the leases open for bidding in January.

“If the pandemic has taught us anything, it’s that we must fundamentally reset our relationship with wildlife and the natural world. If we protect the planet’s most imperiled species, we’ll take care of people too. Their protection will give us cleaner air and water and less risk of another zoonotic pandemic sweeping across the globe.”—Brett Hartl tweet this

In January 2020, the U.S. Fish and Wildlife Service adopted a rule change to the Migratory Bird Treaty Act, a 98-year-old piece of legislation designed to protect migratory birds. The rule change deleted the "incidental take" language in the act, which had established measures to penalize companies or individuals whose actions resulted in the accidental killing of birds. This might happen at toxic borrow pits from oil or mining projects, oil spills, powerlines, wind turbines and other activities where mitigation would no longer be included or enforced. This ruling was overturned in August.

For those who enjoy visiting southern Utah and exploring the Grand Staircase-Escalante and Bears Ears National Monuments, these two spectacular areas were reduced in size and the deleted lands opened for leasing to mining and drilling development.

In addition to these rollbacks, the current administration also weakened the National Environment Policy Act, a key environmental law which provides for public notification, review and comment on potential and cumulative impacts of federal projects to communities, landscapes, wildlife and other entities, as well as providing for alternative options. The new rules limit which projects require a NEPA analysis, the length of comment periods and having to provide analysis on cumulative impacts, all designed to fast-track projects and limit public participation—which can include local and state governments.