Rookie Food Cart of the Year ▶ [with video]

Jeff Berneski has a giant panda head stashed at his food cart in Tumalo, and when we visit, he's insistent we let him snap a photo or two of him wearing it. Good thing the Source Weekly loves goofiness of that and other varieties—so much so that the panda head graces the cover of this week's issue.

Berneski opened NorthFresh Sushi at The Bite this past year, and while that earns him rookie status among Bendites, people in Salem have been enjoying NorthFresh Sushi much longer, having had a cart open at The Yard food park in Salem before moving onto Central Oregon. After working for Momiji Japanese Restaurant in Salem, Berneski started doing pop-ups out of a coffee shop in Silverton. That led to the owners of The Yard suggesting he open a cart, and the rest is history.

Since opening his second cart in Tumalo, Berneski has been wowing people with high-end sushi, all super fresh.

"We have fresh fish delivered daily—not frozen fish," Berneski told the Source Weekly. "I want you to be like, damn, I went to a food truck and I had some of the best sushi I have ever had." 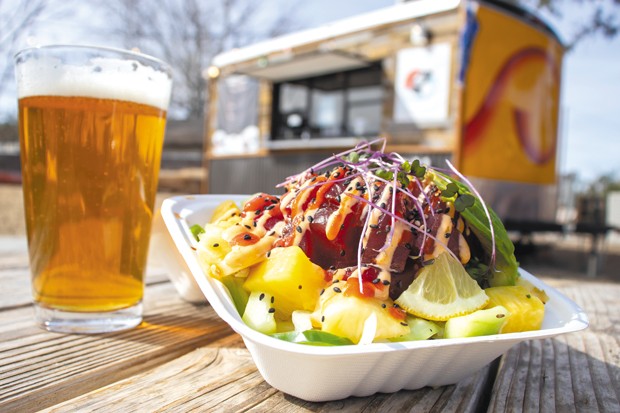 "Our tuna is caught between the waters of Honolulu and San Diego," he said. "I recommend our sashimi combo because right then you can tell the quality of the fish."

WATCH: The owner of NorthFresh Sushi on opening his cart in Tumalo:

With the success of his first two carts, Berneski sees himself opening yet another cart in Bend proper in the future. Coming from a less-than-traditional background, he has some words of wisdom for those seeking their path in life. 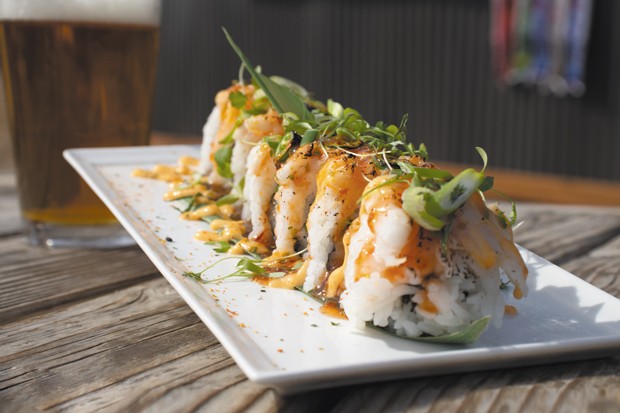 "I don't have a GED. I didn't graduate. Life for me was not easy," Berneski shared. "I didn't buy my first car 'til I was 23. I didn't get my first job 'til I was 19—but if you have consistency and discipline, you can get to anywhere you want in life. Just keep talking about what you want to do and make sure you show action, and everything will work itself out."