Data from market research firm AirDNA reveals that the City of Bend may not be getting all the tax dollars it's entitled to from vacation rental operators.

AirDNA listed 1,411 active rentals on Airbnb or VRBO within Bend city limits as of last month. Eighty-five percent, or 1,200, are reported as whole-house rentals. City of Bend data provided to the Source Weekly through a public records request in November revealed that the City was collecting transient room tax from just 965 properties—meaning the owners of hundreds of properties may not be reporting their rental incomes to the City of Bend, nor paying the required transient room taxes. 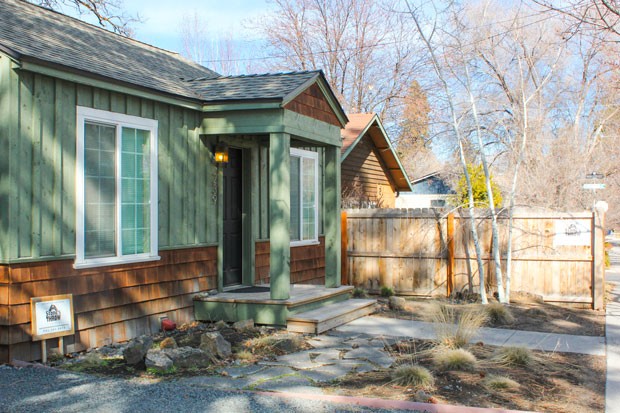 TRT revenues from short-term rentals currently bring $2 million a year into City coffers, of which 64.8% goes into the General Fund to pay for road improvements, law enforcement and other public needs—including managing Bend's booming tourism. Vacation rental operators in Bend are required to obtain a one-time land use permit at a cost of either $693 or $1,929, depending on the property's location. Owners must also pay a yearly operating license fee of $275 and then collect and pay a 10.4% transient room tax for each night a room is rented.

Comparing AirDNA's data with the City's reveals that hundreds of Airbnb scofflaws could be shorting the City hundreds of thousands of dollars in lost revenues.

Airbnb began sending its host's taxes directly to the City in October of 2016, but the company refuses to also send the contact information for its Bend hosts—meaning the City doesn't know which rentals have a permit and operating license and which ones don't. Airbnb, one of a handful of web-based reservation platforms, allows anyone to operate, regardless of whether they have a license and land use permit from the City of Bend.

Unless someone reports an illegal rental in Bend, its owners can continue to operate without consequence. tweet this

This summer, the City of Portland struck a deal with the big tech giant to provide the addresses of its hosts, which Portland now uses to police rogue rentals, according to Oregon Public Broadcasting.

Bend has no such deal and not much enforcement for illegal listings. The City has a "complaint-driven enforcement model," according to Lorelei Williams, the City's business license program manager. Unless someone reports an illegal rental, its owners can continue to operate without consequence. The City is the midst of a tax audit for short term rentals. The next step will be to focus on compliance.

Airbnb has a long history of clashing with cities trying to regulate vacation rentals. Airbnb sued the City of Boston last year when Boston demanded host data from the company for enforcement purposes, according to the Boston Globe. Paris threatened to sue Airbnb in 2019 for $14 million because of illegal listings, according to Bloomberg.

Susan Carrington, owner of Bend Dutch Property Management, described numerous negative experiences with Airbnb. She attended a 2016 City Council meeting in Portland during a debate over STR regulations. Airbnb had gathered dozens of local "ambassadors" (hosts) to testify at the meeting, who then told the Portland City Council they were only renting rooms in their home and needed the money to afford to live in Portland.

"They slithered through by saying 'we'll just do rooms only,' knowing they were going to do anything and everything," Carrington said.

According to AirDNA data, 15% of hosts in Bend rent out rooms in their primary residences. Airbnb actively encourages its hosts to use the housing affordability crisis to their advantage, according to the company's Citizen Policy Tool Chest. Meanwhile, many of Airbnb hosts are outside investors who took advantage of the slow governmental response to STR neighborhood takeovers by flipping large swaths of middle-class housing into business opportunities, and then threatened to sue cities that challenge their "property rights."

In 2016, Airbnb hired former Bill Clinton aide Chris Lehane in an attempt to transform the company's businesses model into a political movement. Lehane set up political action committees throughout the U.S. to support pro-Airbnb candidates for local office, according to the Washington Post. Lehane hired campaign managers in 100 cities around the world who set up "home sharing clubs," (lobbying organizations) to write op-eds and attend local meetings supporting Airbnb.

Cities including Los Angeles have taken that stance at face value and used it to crack down. In December 2018, after three years of deliberation, the Los Angeles City Council ruled that only a host's primary residence (where they live for six months or more) can be used as an STR, according to Curbed. In May 2019, Hood River County passed a similar ordinance with a residency requirement. The county's board of commissioners also ruled that a majority of existing STR land use permits would sunset after seven years, filtering out STR density in residential neighborhoods.

When the Bend City Council passed new STR rules in 2015, it also considered sunsetting land use permits to restore close-in neighborhoods to residential use. Carrington said she got wind of the plan and led the charge to flood City Council with hundreds of letters from STR owners threatening to sue the City.

"I did advise Council that I thought that it would be legally defensible to adopt regulations that made both new and existing STR permits not run with the land," said Mary Winters, Bend city attorney. "At the time, Council chose not to do so in light of the testimony and the program it was adopting."

Kevney Dugan, CEO of Visit Bend—the entity charged with using a portion of TRT dollars to promote tourism in Bend—said the VB Board of Directors has been "extremely encouraging" of a physical audit, because it hurts the industry as a whole when some people aren't playing by the rules.

"The City is missing out. They could be leaving $700,000 on the table—why would they want to do that?" Dugan said.

Williams told the Source that the City of Bend will begin to focus on compliance issues, such as illegal listings, this spring. But to do so, it will have to pay an outside audit company, instead of just getting contact information directly from Airbnb.