For most people, the closure of gyms meant that we'd need to find exercise elsewhere—either at home, or seeking refuge in the outdoors of Central Oregon, hiking and running like there's no tomorrow. But what if running was more than a hobby? 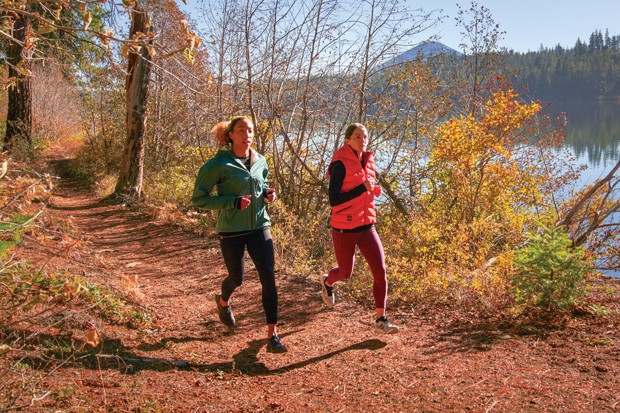 We checked in with Collier Lawrence, a member of the Bend-based elite-running club Littlewing Athletics, to see what it's been like the past year for her and her teammates and what she expects to come in 2021. On the Littlewing website, Lawrence shared that alpine skiing was her first love—but that running has her heart. After placing 2nd place in both the 2019 U.S. Trail Marathon Championships and the 2019 U.S. Trail Half Marathon Championships, it's safe to say she has her heart in the right place.

Read the rest of our Q&A with Lawrence below.

Source Weekly: Last year when I did a check-in with the Littlewing team, you all were forced to adjust your training schedules after the Olympic Trials in Eugene were pushed back. What did that change for you and are you looking forward to that date this year?

Collier Lawrence: Last year I had started a transition to longer trail races so the Olympic Trials were not on my radar. A lot of my races were canceled or were in places that, given travel logistics and restrictions, made it difficult to justify participating. In addition to being an athlete on Littlewing, I operate as a member of our coaching staff. Each athlete on this team has had a different journey within their buildup to the Olympic year. From a coaching perspective, we were given the gift of time. At every point in an Olympic cycle you have what you have and need to make it work. No buildup is perfect and the delay has allowed each woman to be a little more finely tuned. Although I will be there in a coaching capacity, I am very excited for the Trials. Having been in that environment as an athlete and coach, I'd say the coaching role is more nerve-wracking.

SW: Has it been harder to train for particular events when you know that the possibility of them being canceled or postponed looms?

CL: Yes and no. Racing gives us the feedback that what choices we make day to day are worth it and that feedback is hard to get any other way than putting on a bib number and running hard. Part of our job is investing fully in the unknown. You could be in the best shape of your life up and roll your ankle during the warm up. We've approached the reality of competitive opportunities being canceled or postponed with the mentality that nothing is guaranteed. Our expectations for success come with the understanding that the work is required, even though the fruit of the work is not. 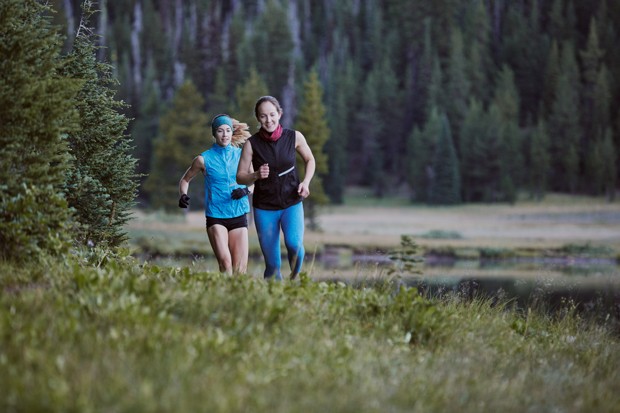 SW: Did you notice your relationship with running change at all during the pandemic? And were you able to appreciate it in different ways than you have before?

CL:. I wouldn't say my relationship with running changed but I was able to nourish a part that doesn't get fed very often. We were all able to do some big runs and long days in the mountains that in normal training cycles would have taken a back seat or wouldn't have been a spur-of-the-moment adventure—which only adds to the fun.

SW: How do you see the landscape of running competitions panning out this year?

CL: It's really hard to say. We're really lucky that the Pacific Northwest has a strong collection of professional training groups and high-level runners. Last year a handful of fantastic meets were set up in and around Portland and those same people are organizing upcoming racing opportunities. The landscape for races is constantly changing but the team is planning on staying close to home. Some opportunities may arise requiring more travel but we'll assess the risks of those as they come up. The Olympic Trials will be the most interesting because it is such a spectacle. We're used to these huge crowds and loads of athletes in close quarters. I'm confident they'll establish a protocol which will allow athletes to compete but I expect the biggest logistical hurdle to be with spectators.

SW: Other than the Olympic Trials, are there other competitions or races you have your eyes set on for this year?

CL: I am planning to race Broken Arrow in Squaw Valley, Pike Peak Ascent, and the U.S. Trail Marathon and Half Marathon Championships, given appropriate safety protocols. The rest of the team will initially be racing at meets regionally, within reasonable driving distance.