Same-sex Marriage Still a Fight in Many Places | The Source Weekly - Bend, Oregon

Same-sex Marriage Still a Fight in Many Places

by Chris Miller and Nicole Vulcan

Last week, two Austrian women became the first same-sex couple to marry in their country, after years of legal challenges that barred marriage between people of the same gender. Austria follows a host of countries that have relaxed or altered laws around same-sex marriage in recent years. 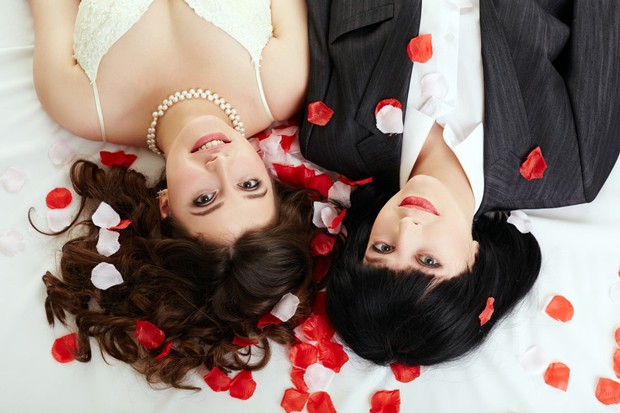 Oregon saw a change in 2014, when a federal judge struck down a state constitution provision that had banned same-sex marriage. Then in 2015, a U.S. Supreme Court ruling banned states from creating laws banning same-sex marriage—effectively allowing marriage equality nationwide.

While it's a relatively recent change in the U.S. that some now take for granted, some feared that the recent retirement of U.S. Supreme Court Justice Anthony M. Kennedy—who wrote many of the opinions in favor of same-sex marriage and transgender rights—could result in a more conservative court that could roll back some of those protections. According to a July 2018 article in The New York Times, "activists worry that a case from the 2018 session, Masterpiece Cakeshop v. Colorado Civil Rights Commission, could be a sign of trouble ahead." In that case, the Supreme Court ruled that a Colorado bakeshop owner had the right to refuse service to a gay couple who ordered a cake for their wedding.

As it stands now, thousands of Oregonians have married as a result of the movement toward marriage equality.

Information on Oregon marriages provided by the Oregon Health Authority

Multnomah County has the most same-sex marriages each year and had a high of 868 in 2014.

Gilliam and Wheeler Counties have given out zero same sex marriage licenses since it became legal in Oregon. Harney County has given out two and Sherman County gave out one in 2016.

According to Purple Unions, a LGBT wedding directory, Tetherow Resort identifies as a gay-friendly venue, as does FivePine Lodge & Conference Center in Sisters.

The Knot, an online wedding resource, said there are 24 same-sex officiants near Central Oregon or are willing to travel to the area.