Barbecue is kind of a big deal. Whether it's Texas-style brisket or Korean-style galbi, most cultures have some type of tradition of cooking meat over an open fire—and they all spell deliciousness.

All that deliciousness comes together this weekend for the Central Oregon BBQ Brews & Whiskey Festival—a new event debuting at the Deschutes County Fair and Expo Center this year. On top of food trucks, vendors, beer and whiskey, a highlight of the event is the competition, in which at least 16 teams will compete for glory in this Pacific Northwest Barbecue Association-sanctioned event. Competitors will compete in categories that include pork, brisket, chicken and pork ribs. 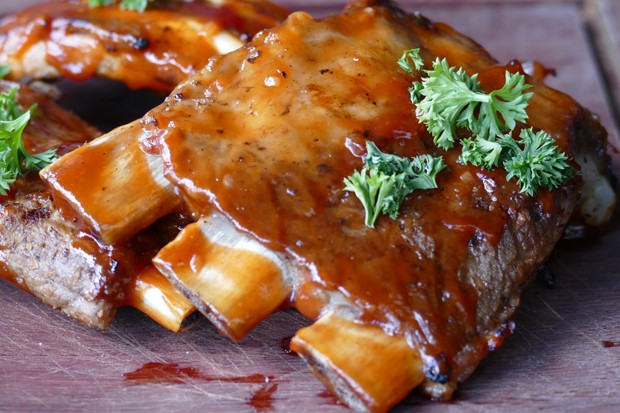 That's cool and all—but I know you're wondering how you can get some of those goods. Lucky for you, four of the competitors will offer sampler platters of their goods—and chances are there are some you haven't yet tried. Competitors offering barbecue samplers include The Original Northwest BBQ Company from Buckley, Washington; BBQ Aloha from Renton, Washington; Fat Dad's Barbecue from Klamath Falls and The Tipsy Pigs from La Pine. Check 'em out.

Some local favorites will be there as well. While they're not competing, locals can also look out for barbecue delights from Bend businesses that include Craft Kitchen & Brewery, Pop's Southern BBQ, Northwest Wing Shop, Bigfoot Barbecue Co. and Bad Boys BBQ, along with other local vendors. If you're into barbecue, they may have to roll you out of this event.

—Central Oregon BBQ is put on by Lay It Out Events, the sister company to the Source Weekly.