Our emotions are our first responders, and those still driving us today are often a mismatch with our modern world. 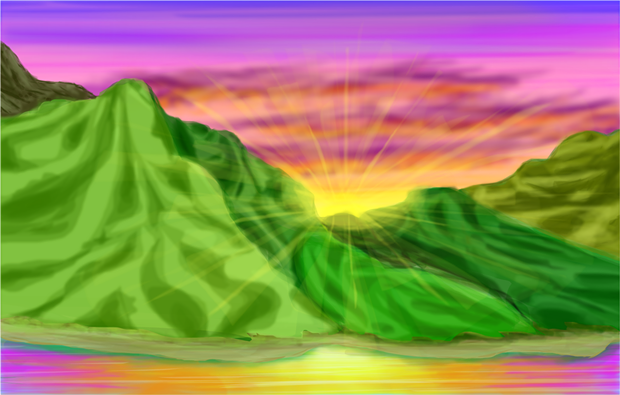 My parents said they'd give my fiance and me money for a wedding or for a down payment on a home. They aren't wealthy, so my fiance and I would have to fund about half of the wedding, or possibly more. He doesn't care about a big wedding, and I agree that it would be fantastic to have money to put toward a home. Still, my friends are getting married and having these beautiful, lavish weddings, and I worry that I'd regret not having one, too.

Let's think this through. First, there's "We blew our friends away with the wedding of the century!!!" And then: "But, strangely, none of them showed up to our housewarming in our new tent beneath the overpass."

To understand your longing to get married in, say, the suburban Taj Mahal, with Beyonce as entertainment, it helps to understand that we are imperfectly rational. Our emotions are our first responders, and those still driving us today are often a mismatch with our modern world. They evolved to solve mating and survival problems in ancestral times. Back then, humans were probably around the same small band of 25 or 50 people all the time. This was a harsh world, entirely lacking in 7-Elevens and online listings of couches to surf.

This meant that reputation and status mattered—in a life-or-death way. Take the drive for female status competition that's gnawing at you. It has a long history in both human and nonhuman primates (monkeys, gorillas, etc.). Primatologist and anthropologist Sarah Blaffer Hrdy explains, "Access to resources—the key to successful gestation and lactation—and the ability to protect one's family from members of one's own species are so nearly correlated with status that female status has become very nearly an end in itself."

Well, guess what: In our modern world, you have access to resources—at the grocery store you drive to in your climate-controlled comfortable car. If there's a problem with lactation, you hit a number on your phone, and some nice nurse at your obstetrician's office gets right on it. And—because you are not, say, a chimp—if you need to protect your family from members of your own species, you dial 911.

Understanding how starkly mismatched our evolved emotions can be with our modern lives may put your longing to join the wed-spend olympiad into perspective. Ironically, you and your fiance might do more to signal that you're high-status through a sort of reverse conspicuous consumption—for example, loudly and proudly throwing a backyard wedding with a barbecue lunch buffet...scooped onto the finest 250-count disposable Chinet $14.99 can buy. (Yes, you two are so comfortable with your place in the social world that you can throw an aggressively unlavish wedding.)

Your guests will cry just the same as you say "I do" in a dress you picked up for $9 at Goodwill. Best of all, after your frugally fabulous nuptials, you can go straight off on your honeymoon—the two of you rather than the three of you: you, your husband, and the credit counselor.

I'm a single woman struggling with maintaining boundaries. I find myself going along in the moment with things men do or want — saying "sure, that's cool" even when it's not. I'm pretty assertive in other areas, so it's confusing that I'd be such a wimp with men.

Guys love a woman who says yes—until they're done doing whatever she said yes to.

It isn't surprising that you're inconsistently assertive. There's this myth of the self as a single, stable entity—like one of those Easter Island statues (but with lip gloss and an iPhone). However, evolutionary psychologist Lee A. Kirkpatrick and his colleagues find that our self-evaluations (and the behavior that follows) evolved to be "domain-specific"—different in different areas of our lives.

"Situational variables" matter—like the value to us of a potential relationship. So you might march around like some warrior princess of the work world yet want a boyfriend so badly that you show guys you're dating that there's no amount of backward that's too far for you to bend over.

The good news is, your emotions are not your factory foreman. You will not be fired and end up sleeping on cardboard in a doorway if you refuse to obey them. Reflect on possible boundary-challenging scenarios and preplan what you'll say—and then just say it. State your limits, despite any inner squeals of protest from your fears (those jerks). Expect this to feel uncomfortable, but do it anyway. In time, you should see that it's self-respect, not compliance, that earns you respect from others—leading them to want you for more than...um...temporary erection relief.