The National Independent Venue Association has around 2,000 members across the U.S in all 50 states. This includes 76 venues/festivals/promoters in the state of Oregon, and eight in Central Oregon alone. Places like the Tower Theatre, Midtown Ballroom, The Belfry, Volcanic Theatre Pub and Father Luke's Room at McMenamins are a few that make up our local list. Organizations that are part of NIVA are the backbone to live music and the arts in both their communities and the country as a whole. And right now they need our support. 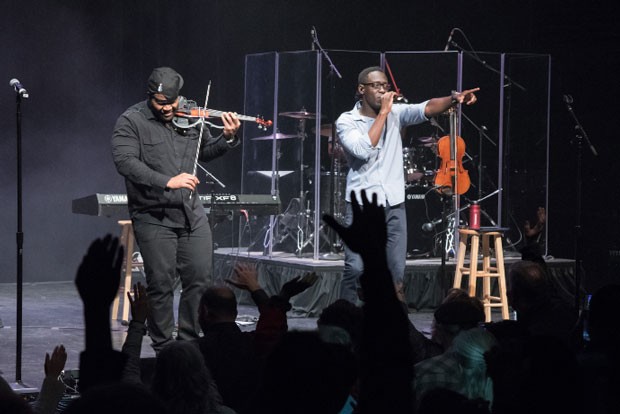 When COVID-19 first hit, venues and musicians couldn't predict the impact it might have long-term. But four months into the pandemic, many local venues have hosted very few performances and some have had none at all. If these venues have had shows, it's been on a limited basis.

NIVA is currently looking to get its venues and promoters included on the next stimulus package. Introduced by U.S. Sens. Michael Bennett (D-Colorado) and Todd Young (R-Indiana), the Reviving the Economy Sustainably Towards a Recovery in Twenty-twenty Act (RESTART), will help support both venues and thousands of other small businesses across the country that can't receive help through PPP and other programs.

"The loss of music venues in Central Oregon, or anywhere for that matter, would be devastating culturally, economically and beyond," says Amanda Bird, the communications manager at the Tower Theatre.

To help out, go to NIVA's website, fill out your information and press send on an already drafted letter to state legislators. It takes thirty seconds, but the impact could be much greater.

Artists from all over the U.S. have written in letters with NIVA to show support for the venues that offer them places to perform throughout the year, including Brandi Carlile, Vampire Weekend, and Michael Franti. All of these performers were scheduled to play at the Les Schwab Amphitheater this summer. The amphitheater is also a member of NIVA.

Without support from congress, NIVA says that 90% of its venues, festivals and promoters may be forced to close and Pollstar reports that venues are forecast to lose $8.9 billion of revenue in 2020. Potentially losing these venues is a blow many artists are aware of, and something they don't want to see happen.

"The loss of independent venues due to these trying times would be devastating for the majority of touring artists and labels. Independent music venues provide an avenue for new artists as well as established artists outside of the mainstream to continue to earn a living and continue making art," says David von Schlegell of the Bend-based indie-rock band Cosmonautical. "Without independent venues, I'm afraid that the industry would play an even larger role in dictating and controlling what sort of music they want you to hear."

von Schlegell also mentions how most artists operate outside of the top five major record labels in the industry, and mainly utilize these independent spaces to grow their careers. He says it's these venues that play a giant role in directing the future of music.

"Independent venues tend to be run by supporters of the arts and music and play an important role in shaping new generations of creators, both stylistically and financially, by providing a platform for voices and sounds that would otherwise remain unknown."

Go to saveourstages.com to fill out the form in support of the RESTART Act.

Update: On July 14, the Oregon Legislature announced a $50 million relief package. More than $25 million of that will be distributed to cultural organizations throughout Oregon, including music venues. The statewide distribution plan will be reviewed by the Cultural Trust Board of Directors at its July 23 meeting.