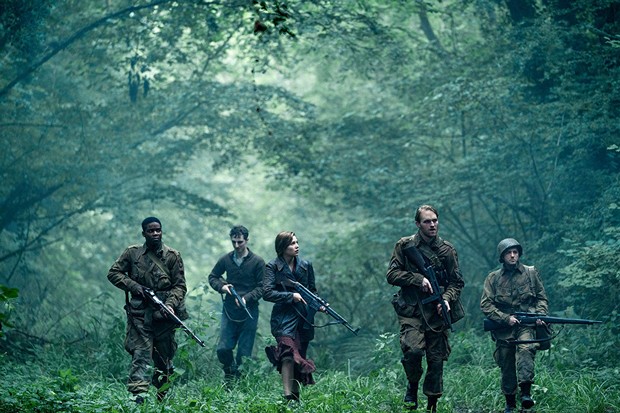 When film nerds talk about the movies that changed their lives, it's usually something classic that did it to them, like "Citizen Kane," "Jaws" or "Stalker." These are movies that change the way you not only view cinema, but also reshape your brain into something more interesting and adaptable.

For me, it wasn't some piece of classically immortal cinema. Instead, it was 1996's action/comedy/horror hybrid, "From Dusk Till Dawn." SPOILERS FOR A TWO DECADE OLD MOVIE: What starts out as a Tarantino-esque, non-supernatural crime thriller evolves into a blood-soaked vampire movie about 45 minutes into the film. My face melted and my mind exploded. I didn't know movies could change genres midway through. It was the first time I knew there was such freedom of imagination in motion pictures.

So when trailers for "Overlord" came out, I became unreasonably hyped for the WWII horror thriller. There have been several horror movies that took place in theaters of war, but none with such a massive budget and heavy marketing push. This should have been the war/horror mashup to reset the high-water mark for the genre.

The setup is perfect: A group of American GIs parachute into Nazi-occupied France a few hours before D-Day. Their mission is to destroy a radio transmitter atop a mysterious church, so the Allied forces can land on the beaches of Normandy. Unlucky for them, the Nazis have been experimenting on the local townsfolk, turning them into demonic and unstoppable killing machines.

All of this should have worked so beautifully, but the script never takes the ideas or the story deeper than what I just described. The Nazi experiments are never explained, nor is the mysterious serum the townsfolk are being injected with. Ambiguity in horror is important because the monster we imagine is always scarier than the one we see, but "Overlord" seems afraid to get too weird with its toys.

"Overlord" is horror for people who hate to be scared. The idea is just novel enough to seem original, but really, it's a cut-and-paste job from dozens of better genre films. Maybe I was overhyped for another bonkers genre mashup, but the scariest thing here is how many missed opportunities are just left there on the screen.