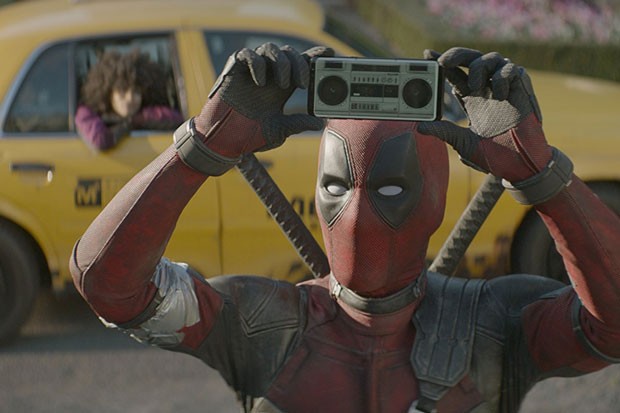 "Deadpool 2" is the "Saving Private Ryan" of superhero movies—but not because it's a genre classic (although it is) and not because it deconstructs superhero movies (although it does). It's because there are more severed heads and limbs than at the beaches of Normandy. The filmmakers couldn't care less what offends people and assume that no one is too delicate to appreciate the trademarked "Deadpool" balance of hyper-violence and the gleefully profane.

On the heels of the original, a surprise hit in 2016, one of the biggest improvements with this sequel is that the film feels less like a swing for the fences and instead like more of a natural progression for the characters in this specific corner of the Marvel Universe. "Deadpool 2" is still constantly self-referential and meta, but the goofiness feels like it fits the world as more than just an excuse to make fun of the endless influx of superhero movies.

Ryan Reynolds is charming as Wade Wilson, a smart-ass mercenary who'd rather do good for the world and hang out with his girlfriend than be the same angry a-hole he was last time. When a soldier from the future shows up, trying to murder a teenage boy who will grow into a murderous despot, Deadpool has to decide whether to protect the life of a kid or save thousands of lives in a future with which he has no relationship.

The stakes are much higher (considering half of the first "Deadpool" took place on a freeway), but this is still nowhere near the cacophony of children's tears that was "Infinity War." With Josh Brolin perfectly reimagining his gruff demeanor to play Cable, a humorless warrior from the future and Zazie Beetz stealing the show as the supernaturally lucky Domino, "Deadpool 2" gives us people to care about instead of just characters to laugh at.

Director Tim Miller, who gave the first film its fast-paced and hilarious tone, is replaced by David Leitch, one of the masterminds behind the modern classic, "John Wick." Leitch brings his impeccable action timing to the franchise, giving the movie a bone-splitting immediacy missing from the original. Obviously, the film exists primarily as a satire of superhero movies and all of the clichés inherent in the genre, but now it works equally well as an actual action movie. When it's not funny, it's exciting...which is a surprisingly complicated thing to balance.

It's pretty incredible how much better "Deadpool 2" is over the original. They figured out everything that didn't work about the film and smoothed it out to the point of invisibility. From the pacing, to the plot, all the way down to the tiny Easter eggs hidden throughout the film, "Deadpool 2" is an almost flawless example an action/comedy. It even works for people who hate superhero movies, since it meticulously ridicules everything that makes the worst ones feel like test grouped clones quietly slinking off the assembly line.

"Deadpool 2" is the hero we deserve. He likes chimichangas, a sexually adventurous life with his girlfriend and killing people with swords. How could Superman ever hold a candle to that?