Halloween is coming! That means it's time to head to Blockbuster and rent all the scary movies you can think of—Freddy, Jason, Jigsaw—the whole crew is invited. But what truly makes a good scary movie? The acting and story for sure, but people sometimes forget about one special element: the music. The soundtracks to scary movies can prove crucial to executing the biggest moments on screen, adding an extra layer to the horror-themed atmosphere. 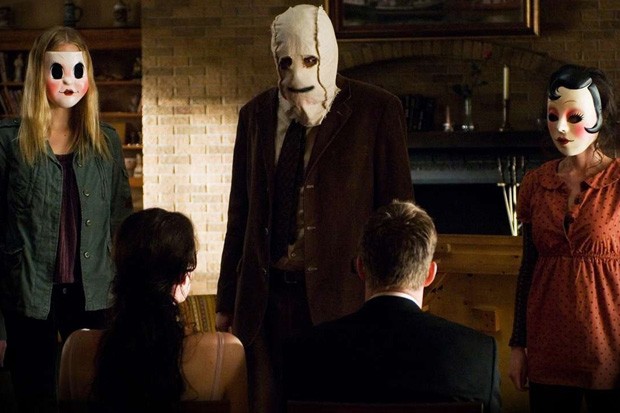 Here's a look at some scary movies that used music to their advantage when trying to build fear far and beyond just jump scares and blood.

This movie is largely successful because of the music. Throughout the film there's a record player inside the house that serves as a pressure-cooking catalyst for both the audience and protagonists Kristen and James. At one point in the film "the strangers" begin to terrorize Kristen by circling the house and banging on the windows while she's alone inside. As Kristen runs along she bumps the record player, which then kicks on and begins to skip on loop through Gillian Welch's "My First Lover," creating an atmosphere of high tension and despair. Other songs that leave a mark here are Joanna Newsom's "Sprout and the Bean" and Merle Haggard's "Mama Tried." This is a rare occasion when actual songs from the real world make a heavy impact.


The rest of "The Strangers" score by tomandandy is available on Spotify and Apple Music, but the individual songs by the artists mentioned in the article are not a part of the official score, so those can be found individually.

Now, this might seem obvious, or even silly—but Jaws has one of the most iconic pieces of music used that still gets referenced today. Without this perfect piece by composer John Williams, the movie might not be as revered as it currently is. It's a classic theme that properly understood the process of building up a moment.

Composed by Charles Bernstein, the soundtrack to "Nightmare on Elm Street" is absolutely dreamy—perfectly fitting the nightmarish horror that Freddy Krueger springs on his victims. The music is so calm at times that it's often chilling, which is definitely the case for the movie's main theme. Then pop on "Run Nancy" and the tempo is naturally picked up—but both tracks use synths in a brilliant way to simulate the fear of Krueger's presence. Bernstein also uses these creepy vocals sparingly throughout the score that really set these moments off.

Somehow composers Akira Yamaoka and Jeff Danna were able to really capture this sense of split worlds through sound. There's this feeling of beauty and adventure that sits on top of the sadness to this movie soundtrack—which totally matches the softness to "Silent Hill." This isn't your typical gore movie, but rather a psychological horror story where even at the best times nothing ever feels 100% all right. Even the people and creatures in this film seem to move along to the beat of the soundtrack, and the environment around them react accordingly.