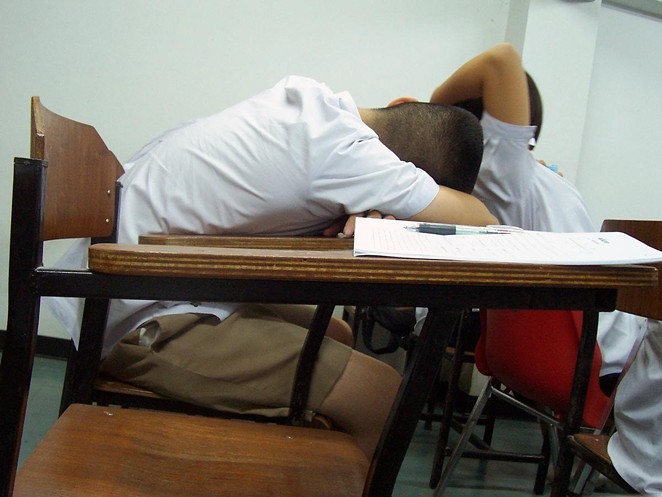 In the wake of recent studies that show adolescents' sleep patterns change and trend toward a later bedtime, district officials are considering changing start times for Bend-La Pine Schools.

According to the National Sleep Foundation, "Biological sleep patterns shift toward later times for both sleeping and waking during adolescence—meaning it is natural to not be able to fall asleep before 11:00pm."

However, later start times do come with consequences. For example, flipping times could leave elementary students waiting in the dark for the bus. High school kids could face challenges with later finish times getting to sports and other after school events. An across-the-board later start time would mean hiring more bus drivers to get everyone to school on time.

The district will conduct an online survey from April 9 to May 31 to let the community weigh in on the issue, said BLPS Communications Specialist Alandra Johnson. That survey will be available on the district website, https://www.bend.k12.or.us.