September 07, 2018
comment
If there's anything more emotion-inducing than seeing your little one go off to kindergarten, it may be knowing that this may be the last year she'll go to that school. Changing school boundaries can be a heated issue, no matter what grade level.

School boundary changes can even become a political touchpoint, pointing out divisions in race and class. One study published in the American Educational Research Journal, titled "The Gerrymandering of School Attendance Zones and the Segregation of Public Schools," found that "gerrymandering of attendance zones generally exacerbates segregation."

In Bend, every school in the Bend-La Pine district may soon be subject to a boundary change, say representatives from Bend-La Pine Schools.

Right now, Bend-La Pine Schools is looking for volunteers to serve on a committee that will make recommendations about how to adjust school boundaries, in light of new schools entering the district. After voters approved a bond measure in 2017, the district is set to open a new elementary school in the fall of 2019, with new middle and high schools to follow. 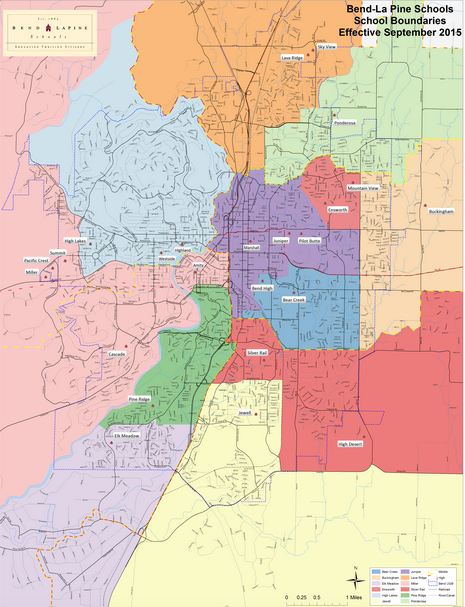 Committee members will serve for two years, addressing boundary changes for elementary schools in the first year and middle and high schools. Boundaries for every Bend-La Pine school may be affected, district officials stated in a Sept. 6 release.

“The committee will examine ways to adjust current boundaries to ease over-crowding and balance enrollment among our schools, while setting new attendance areas for our new schools,” Chief Operations Officer Brad Henry said.

The deadline to apply for the committee is Sept. 17. Interested people can apply by navigating to:  www.bend.k12.or.us/boundaries.


If you're interested in the topic of how racial segregation can be exacerbated by school boundaries, and how and when districts allow in-district transfers, check out Vox's interactive piece, "We can draw school zones to make classrooms less segregated. This is how well your district does," which allows you to look at data and analyze how Bend-La Pine and other districts fare in making schools more or less integrated than the underlying neighborhoods.

Here's a look at the data the piece uses, and how it plays out for Bend-La Pine. Pretty fascinating stuff. 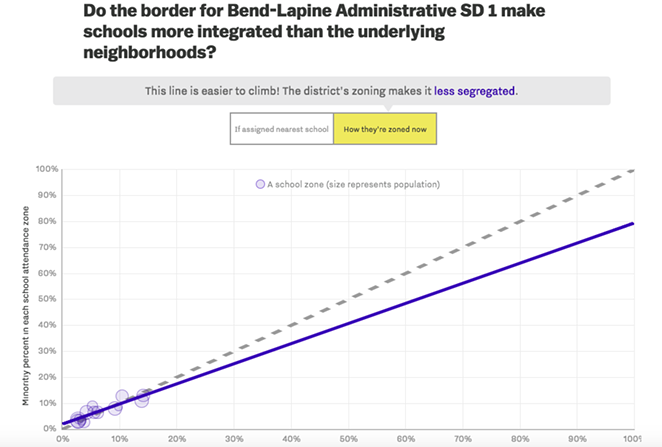