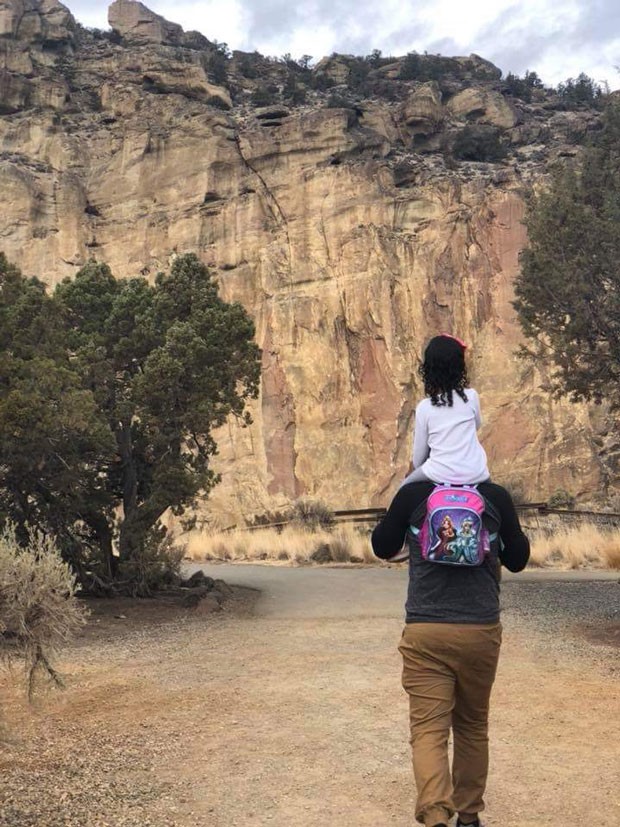 In 2008, when he was 17, he came home on his bicycle and encountered armed men leaving his home, he said. Inside were the bodies of his sister and the husband of another sister, slain in front of the whole family. Later, the assailants returned and torched their house. The family members survived because they slept at a relative's home. Carlos doesn't know why the men wanted to kill his family members.

Carlos's mother called the police, but they took five hours to arrive, he said. When they saw their house in flames, they called the fire department. Reporters arrived before the firefighters, who showed up an hour later when there were only ashes left.

Carlos was a witness and a marked man. For the next few years, he left the house only to work and tried to keep a low profile, he said. He met Ana, his future wife, in 2012.

Last summer, while Carlos was working late, four masked men showed up at their home, Ana said. They pushed her to the floor, held a gun to her head and threatened to burn down the house with her and their toddler inside if Carlos did not show up. Then the men left and a neighbor came to help Ana. Their 3-year-old daughter was unharmed and slept through the ordeal.

When Carlos arrived, he called the police and made a report. The next day, he received a threatening phone call and the family left to stay with his mother.

It was then they decided to leave the country. "The police in our country don't do anything," Ana said.

In Honduras, the country they fled, gangs routinely commit acts of violence and rarely experience consequences. The homicide rate, 43.6 per 100,000 persons, is eight times higher than the U.S. average, according to the Association for a More Just Society. In a 2018 report, the U.S. State Department says the government lacks resources to investigate and prosecute cases, and police often lack vehicles or fuel to respond to calls. "This means police may take hours to arrive at the scene of a violent crime or may not respond at all. As a result, criminals operate with a high degree of impunity," says the report.

Carlos called a close friend in Prineville who agreed to take them in if they could get to the U.S. The couple sold everything they owned to finance their journey north by bus and train—even selling Ana's nursing uniforms. It was painful for her to leave after completing her last year of nursing studies, she said.

Carlos and Ana collected police reports, news accounts of the murders and arson, their student records and background checks to bolster their claim for asylum. When they crossed the border at McAllen, Texas, they surrendered to a Border Patrol agent. They spent five days in detention before a local advocate helped negotiate their conditional release, said Sue Nell Phillips, a volunteer with the Latino Community Association of Central Oregon. The same advocate helped them connect with LCA and the Immigrant Solidarity Network once they arrived in Oregon.

The family needed everything – food, clothing, transportation, accompaniment to hearings and translation of their documents. ISN and LCA appealed for help and "the response has been amazing," Phillips said. Central Oregonians donated gift cards, warm clothes, a phone and a bicycle trailer to tow their young daughter.

"They have a really strong case," Aparicio said.

After Christmas, the family plans to move to temporary housing in Bend, offered free by a woman who contacted ISN, she said.

Phillips and her husband, José, drove the family to Medford in October for an appointment with Immigration and Customs Enforcement, she said. Agents put a GPS monitor on Carlos. When Phillips realized the family had been cooped up in a house for a month, they made a stop at Crater Lake on the way back, so the family could experience the natural beauty of Oregon. Later, she took them to Smith Rock.

Phillips taught Spanish for years and now works as a court interpreter, so she was well qualified to help Carlos and Ana as they began the lengthy process of applying for asylum. But they need a good lawyer, she said.

"The chances of getting asylum are much higher if you have an attorney," Phillips said. "I feel they have a stronger case than most."

The couple brings skills: Carlos is experienced in construction and welding and Ana had almost graduated as a nurse, Phillips said. "It was a huge sacrifice for her to leave all that behind."

Ana studied English in school in Honduras and Phillips is looking into the requirements for her to enter the nursing field in Oregon.

"It's killing them to not be able to work," Phillips said.

Yalid Fuentes, the Hispanic pastor at Highland Baptist Church in Redmond, and his wife, Melissa, bought coats for the family and dined with them, he said. He was surprised to find out they were his countrymen.

"What has happened to them is horrible," said Fuentes, who came from a smaller and more peaceful town in Honduras.

Carlos and Ana did experience a positive step once they came to the U.S. The couple had wanted to marry in Honduras, but could not afford the steep license fee, Ana said. On Nov. 11, Carlos and Ana were officially married at a Presbyterian church in Prineville and Fuentes interpreted for the ceremony.

"I don't feel alone," Ana said, expressing her gratitude to LCA and the ISN volunteers who helped the family. "Thanks to God, now we feel much safer."

LCA will feature the family's story at its annual Empowering Families Luncheon on Thursday, Dec. 6 from 11:30 a.m. to 1 p.m. at the Unitarian Universalist Fellowship in Bend.

Editor's note: Names have been changed in the interest of the family's safety as they seek asylum. The couple's quotes have been translated from Spanish to English. Denise Holley is a research and communications assistant at the Latino Community Association.