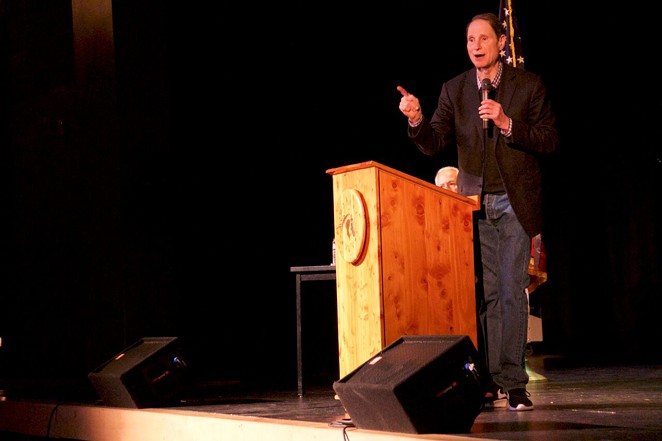 Walking into the conference room at the Source Weekly in Bend, one of the first things people tend to notice is the kombucha on tap.

It was the same when Senator Ron Wyden (D-OR) visited on Feb. 22, 2017. We offered him some, but on this day the Senator was drinking just water. But he did take that opportunity to begin our talk with him by touching on a proposed bill to change the antiquated laws surrounding kombucha—that fermented beverage that gets so much love here in Central Oregon.

Listen on to hear more about kombucha, the marijuana industry, the role of the media, the future of Medicare and the Democratic party, and more.
Ron_Wyden_visit_to_the_Source_1_copy.mp3
Update Required To play the media you will need to either update your browser to a recent version or update your Flash plugin.