If you're interested in dinks and triple drop shots or lobs and lets, you'll want to take in the 2021 Pacific Northwest Classic Pickleball Tournament, set to begin July 28 at Bend's Pine Nursery Park and the Bend Pickleball Zone. The tournament, which runs through Sunday, Aug. 1, is organized by the Bend Pickleball Club and sponsored by Beaver Coach Sales. Two Northwest pro players, Wes Gabrielsen and Erik Lange, are co-hosts for the tournament.

Nearly 800 amateur and professional players have registered for the tournament. 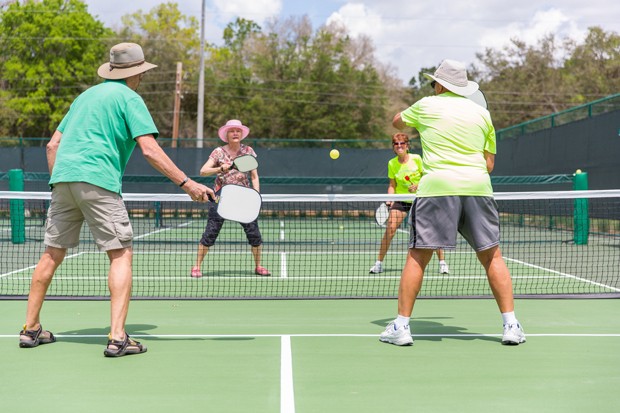 "We've got players coming in from Florida, the Midwest and the Northwest," said Christie Gestvang, tournament co-director with Kirk Foster. "The majority of the players in this tournament are from outside of Central Oregon, with about 150 from the area." That translates to spectators having an opportunity to root for local players mixing it up in both the amateur and professional levels.

With a cash purse of $25K, this tournament is also a Nationals Qualifier sanctioned by USA Pickleball, the overarching organization that governs the sport in the U.S., and is one of 18 Association of Pickleball Professionals tournaments slated for 2021.

The events will feature double-elimination brackets for the men's and women's groups based upon their ratings (skill level) and age. Players have an IFP & IPTPA skill level rating, from 3.0 – 5.0, and have registered to play singles or doubles in either the amateur or pro brackets. There will also be mixed doubles.

Bend Pickleball Club has over 900 members and, "It takes about 100-150 volunteers during the course of the week to get this event set up, and without our volunteers we just couldn't put this event on," said Gestvang. Volunteers help with setup, first aid, hospitality, parking and more. "It's a lot of work, but a lot of fun. It's one of the finest venues in the Pacific Northwest and one of the largest pickleball tournaments in the Northwest."

It’s a lot of work, but a lot of fun. It’s one of the finest venues in the Pacific Northwest and one of the largest pickleball tournaments in the Northwest.—Christie Gestvang tweet this

When the topic of the Pine Nursery courts comes up, one name stands out: Werner Zehnder, owner of the Bend Pickleball Zone.

"When we came to Bend, we went looking for pickleball courts but they didn't have any, so we (about 30-40 members of the fledgling Bend Pickleball Club) had to sneak onto tennis courts and bring our own portal nets and tape the lines," said Zehnder. After a short while, the group attended a Bend Park and Recreation District meeting and asked for eight courts. Initially, BPRD wanted to build pairs of courts in different locations, but the group insisted that the courts be built at one site for tournament play and socializing.

Eventually, BPRD agreed to build eight courts at Pine Nursey if the BPC could come up with $100,000 to cover half of the construction costs. Zehnder became very involved in the fundraising. "We came up with the idea of naming rights for a court and raised $40,000 right off the bat," said Zehnder. The group held tournaments, yard sales and an evening dinner and silent auction to raise another $40,000, and within three months the group had raised $100,000. Construction began in September 2013 and the courts opened in May 2014. Membership in BPC soared and when the group asked BPRD for eight additional courts they were told there wouldn't be money in the budget for about five years. In a truly generous spirit, Zehnder and his wife, Susan, donated money for the additional courts with the stipulation that 12 of the 16 courts would be available to BPC members, 6 days a week, from 7 am to 1 pm, and be available to the public after those hours and all day on Sunday. BPC volunteers maintain the courts, as well. 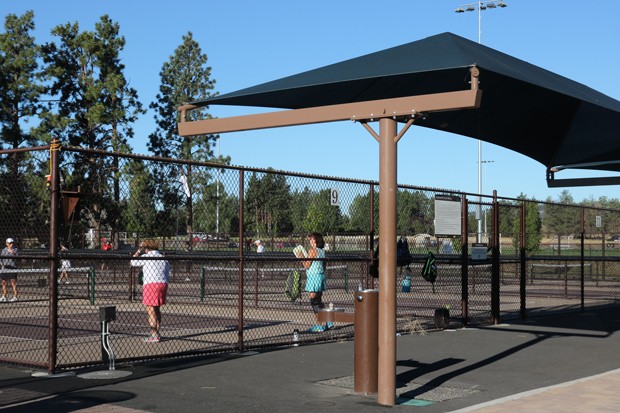 One question that often comes up, especially in an Olympics year, is "Will pickleball ever become an Olympic sport?" The answer depends upon how many countries actively engage in playing the sport – for men that number is 75 countries over four continents and for women, it's 40 countries over three continents. However, the game has enjoyed a fairly rapid expansion and could qualify in the future similar to sport climbing being added to the Tokyo Olympics.

Back in Bend, Gestvang and her volunteers are hard at work setting up for this week's tournament "I'd suggest spectators be prepared to walk in from the south side of the park to the courts as parking will be at a premium," added Gestvang. Let the games begin!

View the tournament schedule at pickleballtournaments.com.

Thanks to Tina Brockway who contributed to this article.