Set a plan for the wilderness that respects equity, but is also enforceable | Editorial | Bend | The Source Weekly - Bend, Oregon

Set a plan for the wilderness that respects equity, but is also enforceable

Complaints about "loving Bend to death" are nothing new 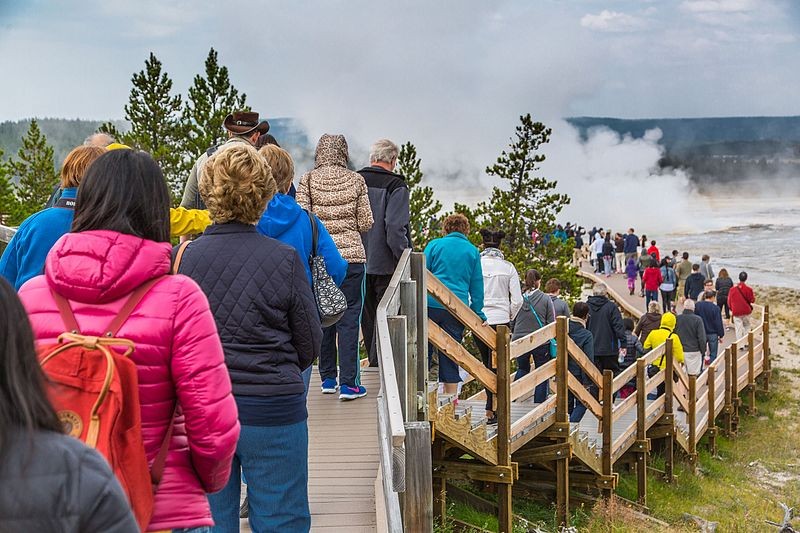 Ask a recreationalist about the biggest issues in wilderness areas, and it's likely you won't even have time to complete your question before the word "overcrowding" comes spilling out. Complaints about "loving Bend to death" are nothing new, and they come with some verifiable concerns in our great outdoors.

It's no secret that trails such as Green Lakes and the South Sister are something of a hiking superhighway in the warmer months—but according to the Central Cascades Wilderness Strategies Project's Environmental Assessment, completed by the U.S. Forest Service in April, even areas that experienced "historically low use" in the past have been seeing huge spikes in visitors. According to the Assessment, the Tam MacArthur Rim Trailhead experienced a 538 percent increase in visitors from 2014 to 2016. Six Lakes Trail saw a 291 percent increase in visitors, according to the Assessment. Issues that come along with increased use include garbage and human waste left in the wilderness, rogue campsites, odd structures and other human impacts.

The Forest Service has been actively working to address these issues since at least 2016, when the Central Cascades Wilderness Strategies Project appeared on the Schedule of Proposed Actions for the Deschutes and Willamette National Forests. The public comment period to weigh in on the Forest Service's five proposed plans for managing populations in the five wilderness areas of those national forests closed this week. Four of the proposed plans would establish a permit and quota system for at least some trailheads in the wilderness areas, as well as an overnight camping permit system. It's a step in the right direction, but it comes with some considerations about enforcement and equity that will need to be addressed.

With Alternative 1, essentially nothing would change. With Alternative 2—the project's preferred option—overnight users in wilderness areas would be required to get a permit. So would day users at 48 trailheads in the Three Sisters, Mt. Jefferson and Mt. Washington wilderness areas. Each trailhead would also be subject to a quota, or cap, on the number of visitors allowed.

Alternative 3 would scale back the number of trailheads requiring a permit at only 19 of the most high-use areas. Alternative 4 would also focus on high-use areas, but would also incorporate areas that are increasing in popularity. With Alternative 5, overnight and day-use users would need a permit all across the wilderness areas, with overnight users requiring a reservation. Under the proposals, some permits would be self-issued at trailheads; others would require a reservation or online booking.

Let us not forget that the primary purpose of a wilderness area is not to allow for human recreation, but, according to the Wilderness Act, to "provide for the protection of these areas, and the preservation of their wilderness character."

That's an important point, when looking at the proposed quotas for certain trails. For example, under Alternatives 2 through 5, the Green Lakes/Soda Creek trailhead would be limited to a day use quota of just 80 people per day; Broken Top would be limited to 40 people.

Mind you, many of the permits would be free under the proposals, and would be available for someone to get right at the trailhead. In the interest of equity, we agree with Oregon Wild's statement that keeping any paid permit prices as low as possible is an essential component of any of the proposals.

But then the question becomes, how to enforce the permit system? By and large, the money-making element of these proposed plans is the overnight camping permit system, which users will have to book and pay for through Recreation.gov.

While we could hope the Forest Service is able to carve out some money in its budget for monitoring and enforcing the quotas at trailheads, it's clear, by looking at the havoc at parking lots such as Wanoga, which already require a permit, that enforcement of permits and other infractions is not exactly a high priority. What quotas and permits do achieve, however, is allowing the Forest Service to better monitor traffic and to make changes to quotas that benefit the wilderness.

But were enforcement to become a bigger priority with implementation of any of these proposals, we urge the Forest Service to keep equity in mind, and to establish a fee waiver system that doesn't economically bar low-income individuals from accessing the wilderness.

When the purpose of a wilderness designation is to preserve wild areas, quotas at busy trails make sense. But we don't trust they will keep the throngs out, when people realize there's nothing stopping them from hiking anyway. We encourage the Forest Service to allocate more of its budget to make this a preservation priority.