Creed II Isn't Quite a Knockout 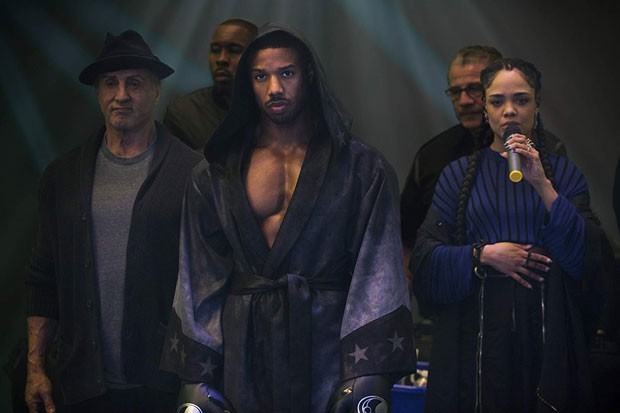 When "Creed" came out in 2015, no one really expected the emotional powerhouse that director Ryan Coogler had delivered. A spinoff of "Rocky," focused on the son of the late Apollo Creed, sounds like something dreamt up in a corny Hollywood focus group aimed at pitching ideas for sports movies.

The—ahem—knockout performances from Michael B. Jordan, Sylvester Stallone and Tessa Thompson carried that movie into the rarefied air of the very few great sequels. Coogler brought such authenticity and raw emotion to the film that Stallone and the "Rocky" franchise became relevant again. So, it's not surprising that three years later we're checking back up on Creed, Rocky and Bianca.

Coogler and Jordan are both A-list talents after "Black Panther," and Thompson has exploded post- "Thor: Ragnarok," so "Creed II" could seem like a step backward for the actors. Since Coogler's busy working on a "Black Panther" sequel, Steven Caple, Jr. takes over the director's chair, but otherwise everyone else is back on board and acquitting themselves admirably.

While there's definitely a small sense of diminishing returns, "Creed II" doesn't embarrass itself, either. Caple has made sure the emotional center of the original (the relationship between Adonis Creed and Rocky in the shadow of his father's death) is still front and center over the sweet boxing action.

While this is most definitely a direct sequel to "Creed," the film also works as "Rocky VIII" and also "Rocky IV: Part II," as we see Creed not only work his way toward becoming the Heavyweight Champion of the World, but also fighting Viktor Drago, the son of Ivan Drago (Dolph Lundgren), the man who beat Apollo Creed to death. This is a fight (across two separate franchises) 33 years in the making.

"Creed II" is worth the price of admission just to see Stallone and Dolph Lundgren staring each other down again, but these are battered old men who can let the next generation do their fighting for them. Their scars run so deep that only their children can make things right. This is one of those old-fashioned blood feuds that will only ever be rectified by more blood and broken bodies.

"Creed II" is a solid sports drama, yet is missing the same thematic weight as the original—mostly because the expectations are higher. "Creed II" follows the typical heroic sports movie formula down to a perfectly plotted blueprint without really putting an interesting spin on the familiar beats. It's easy to tell when a scene will be triumphant, tragic or have a montage before a single word is spoken. To follow a formula this closely, there has to be something deeper and more resonant the film adds to the playbook or else it's just throwing punches at its own shadow, trying to look mightier than it truly is.