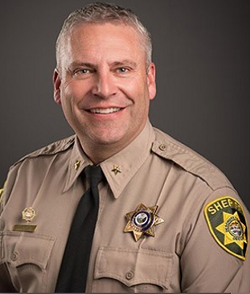 Ballot Measure 105 would “repeal the state law, Oregon Revised Statute 181A.820, which forbids state agencies, including law enforcement, from using state resources or personnel to detect or apprehend persons whose only violation of the law is that of federal immigration law.”

“Measure 105 would allow any law enforcement agency to use agency funds, equipment, and personnel to detect and apprehend people whose only violation of the law is a violation of federal immigration law,” according to the text of Initiative Petition 22, the precursor of Measure 105.

“The statue undermines respect for law in significant ways,” Bergin wrote. “It tells illegal immigrants that Oregon considers immigration-law violations so inconsequential as to be unworthy of police and sheriffs’ attention. In doing so, it legitimizes those violations and encourages more. As well, the statute invites the contempt of U.S. citizens and legal residents, whom Oregon expects to, abide by all laws.”

"I endorse a yes vote on Ballot Measure 105 to repeal a statute that I feel is in direct conflict with federal law and the federal rules of information sharing," Nelson said in an email to the Source. "I'm not going to change the way that I do business as a result of the failure or passage of this measure. I just think the rules are the rules and everyone needs to follow the rules."

Although Sheriff Nelson signed his approval of the measure, Deschutes County District Attorney John Hummel is on record against it.

“I don’t tell the sheriffs what to do,” Hummel told the Source on Aug. 28. “I respect their opinion on this.”

In July, Hummel stood in front of the Deschutes County Courthouse to address the issue. He said the current law provides clear guidance to local law enforcement officials on complex immigration issues. He said the law authorizes police to arrest undocumented immigrants when they commit crimes unrelated to their immigration status. It also authorizes local police to hold undocumented immigrants and turn them over to immigration officials if federal officials obtain a warrant issued by a judge, Hummel said.

"The current law also prohibits the unfair targeting, interrogating and detaining of Oregonians simply because they are perceived to be undocumented," Hummel said. "Oregon law has worked well for 30-plus years and has been a model for the nation on how to balance liberty, justice and safety. But then along comes a group of people who want to throw out Oregon's 30-year law and instead have our local police officers act as federal immigrations agents. This will result in a less safe Deschutes County."

The murder of Mollie Tibbetts in Iowa, allegedly at the hands of an undocumented man, has fanned the flames for repeal of Oregon’s 31-year-old law.

“Mollie Tibbetts’ recent murder has refocused attention on the violence and heartbreak illegal-immigrant criminals can visit on Americans and their families,” Bergin wrote.

However, a relative of Tibbetts, Sandi Tibbetts Murphy, said she wants to “reclaim our Mollie” from those using her as part of their “racist, false narrative,” according to a story from the Des Moines Register.

“Mollie was killed, and a man has been arrested and charged with her murder,” she wrote. “Yes, that man is an immigrant to this country, with uncertainty as to his legal status. But it matters not.”

Below is the text of the statement from Sheriff Bergin.
See related PDF M105_press_release.pdf