As the gender pay gap widens, one women-led group in Bend offers support to woman advancing in competitive fields like tech, engineering and the arts.

According to the World Economic Forum Gender Gap Report, the gender pay gap is getting worse. Women often work in roles most vulnerable to automation like retail and white-collar clerical positions. In addition, women are more likely to perform unpaid care work for their children or their elders, and not enough women are entering the tech field where wages have grown the most, the report says. 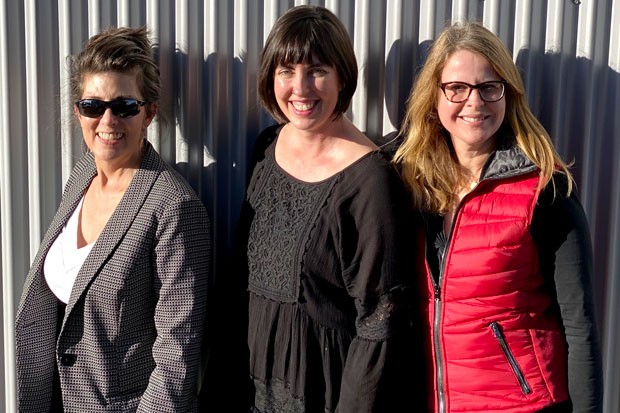 Women in Science, Technology, Engineering, Arts and Math (also known as Technology Association of Oregon's Women in STEAM of Central Oregon), is helping local women reach their full potential in fields stereotypically dominated by men. The group hosts monthly mixers where local women in STEAM careers can network and help one another. Members can also participate in a mentorship program where women who are more established in their careers can help those who are just starting out. The group posts all upcoming events on their Meetup and Facebook pages.

"I don't think people [join STEAM] just to meet people," said Maggie Hubbell, the organization's chair, who originally helped found Women in STEAM along with Technology Association of Oregon's Teri Hockett two years ago. "People go to be a part of a community of people they have something in common with; they are seeking out peers and support and to give support to others as well."

Sometimes members will come with a specific issue they would like to discuss at the mixers—pay inequities or promotions for example—which jumpstarts a group discussion, Hubbell said. Other times it's much more informal.

The relationship building within the mentor/mentee matchups is one of the core priorities of the group. The mentoring application on the Women in STEAM website asks about work environment, favorite activities and "What do you wish your brain was better at doing?" The mentorship steering committee then forms partnerships among members and leaves it up to the members to set up meetings and decide on the scope of their accountability to one another.

“I think there are still issues with breaking that glass ceiling. A lot of companies think if they have one woman in their C-Suite that that ticks the diversity box.”— Luann Abrams tweet this

Luann Abrams, who has been with STEAM since its founding, is passionate about Women in STEAM's mission partly because she herself wished she had a mentor when she first entered the work force as an aerospace engineer.

"Early on [when I first graduated from college], there was a lot of competition between women, especially in male dominated fields," Abrams said. "I definitely see more of a shift these days; women really supporting other women. We see this in the mentorship program [in Women in STEAM]... women willing to give their time to help other women succeed."

"I think there are still issues with breaking that glass ceiling," she said. "A lot of companies think if they have one woman in their C-Suite that that ticks the diversity box."

This observation was one of the many things that inspired Abrams to start her newest venture, CEOX. Through her vast network of executives throughout the U.S., Abrams has created a curated list of CEO-ready women. In some ways it's a classic headhunting business model, where her company makes money if someone from the list gets the gig. But its exclusive focus on women helps companies to explicitly expand their talent pool beyond their typical referral lists. In the future, the platform will further support potential women CEOs with video training seminars and other resources.

Meanwhile, Hubbell, the Women in STEAM chair, has just launched her own company called Shift, to help organizations with gender bias in the workplace. It offers virtual reality trainings and an equity scan (with interviews and data collection) for corporations interested in a more equitable workplace.

Both Hubbell and Abrams see their new organizations sharing symbiotic missions with one another and aligning with their volunteer work with Women in STEAM as well.

"We're headed in the right direction, there is a growing awareness... we see it in the headlines, especially how women have been treated in their careers in traditionally male-dominated industries," Abrams said. "But there is still a lot more work we need to do and STEAM is a part of that."

Find Women in STEAM mixers and workshops on their Meetup page (meetup.com/women-in-STEAM-Central-Oregon/) and Facebook page (facebook.com/womeninSTEAMCO/). Generally, about 15 to 30 people come to the group's bi-monthly mixers at The Wine Shop and Beer Tasting Bar in downtown Bend, while 50 – 100 often attend their workshops and trainings. Hubbell said their mixers are free and open to the public.