Shining Through the Static

One of the most exciting acts rising out of Portland right now is Weezy Ford—the dreamy rock project of Louisa Ford, who happens to be the younger sister of fellow Portland-based musician Sallie Ford. Rounding out Weezy Ford's musical endeavors as collaborators are Mark Robertson on bass and Dustin Dybvig on drums, who serve as the perfect complement to Ford's haunting vocals. 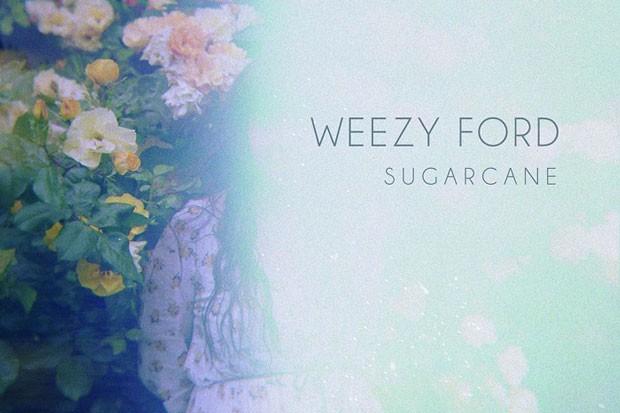 In November, Ford followed up her 2016 EP, "Bobbypin Graveyard," with her debut album, "Sugarcane," signaling her arrival as another great player in Portland's rock scene. "Sugarcane" is really the perfect name for this record—you can hear the sweetness in Ford's tone as she beams through the fuzzy and granular mix of synths and guitar throughout the 11 tracks. On the album, Ford finds herself hovering in a space somewhere between garage rock and bedroom pop, stirring up what is quite a delightful mix to the ear.

The transition from "Flightless Bird" to "Don't Let It All Hang Out" is a brilliant moment that displays Ford's finesse as an artist. The former is a smooth, psychedelic-country jam, whereas the latter cranks it up a couple of notches into a momentous session of rock (the drums here are soooo good). It's that kind of jump that puts Ford's range as an artist under the microscope. No style or song structure is too big or off-kilter in her mind—and each track becomes unique to the minds at work in Weezy Ford.

With "Sugarcane," you can never really predict what's coming up next. One track might sound like the score to an eerie '80s ballet ("Pools of Dreams"), and the next an entrancing love song ("Sugarcane"). The album honestly sounds like the soundtrack to my dreams when I eat ice cream right before bed—extremely vivid, a little trippy, and yet somehow finds a way to be fun, happy and dark all at the same time. The album's closer, "Canyon Country," perfectly represents that—the slide guitar lulls you into a comfort before the static comes in and abruptly wakes you up. It's a momentous yet light way to end the album, representing the musical cherry on top of Ford's debut.

The way Ford is able to showcase her vocals in such an ethereal way—not ever becoming louder than the instrumentation or production around her, is what makes this project so great. She's found the perfect pocket to float in and out of, but never pushes the boundary too far. Even in this restraint, it's Ford's vocals that make you come back for more.