Signs of Spring in the Wild

Spring is bursting out all over in Central Oregon. Don't miss out

Traditionally, one of the first signs of spring in Central Oregon takes place this month, when flocks of optimistic new residents purchase annuals in full flower from big-box retailers. A second sign of spring arrives weeks later, when those same people, now less optimistic, return to buy new flowers to replace those that were killed by one or more spring frosts.

To learn about additional harbingers of spring—specifically, plants and animals found in the wild—we contacted local botanists, birders and other naturalists to ask for their favorites. They responded with both common and uncommon species you can look and listen for in the months ahead.

"While I'm still in bed, the first iconic early-morning song of the Red-winged blackbird gets my spring blood boiling," says Ron Halvorson, who worked with the Prineville Bureau of Land Management for 34 years.


Retired biologist Gail Sabbadini likewise enjoys the loud songs of the males, who repeat "Conk-la-ree!" for hours each day while showing off the red shoulder patches that give them their name. You can hear these birds along the Deschutes River and pretty much any other waterway. In fact, they're so loud and common you might struggle not to hear them.


Halvorson's favorite spring plant might sound surprising. "While some people anxiously await the first flowers of a biscuitroot or the sagebrush buttercup, not me," he says. "For me it's an invasive weed." 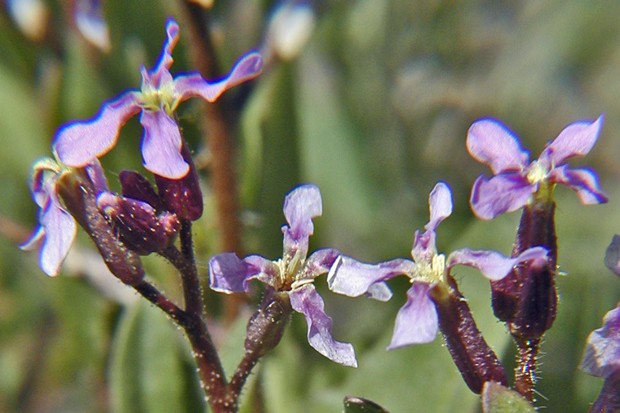 Purple mustard, or crossflower, is "just a weed," but it's a pretty one. From March to April, look for the lavender blooms all over vacant lots, on agricultural lands, and along roads and sidewalks.

Once you see or hear a Varied thrush, you won't soon forget it. They're handsome birds, similar to robins but with a distinctive dark band across their breast and orange line over their eyes. Because they're shy and not especially common in Central Oregon, it's always a treat to see these forest-loving birds—but arguably the larger pleasure is in hearing them. 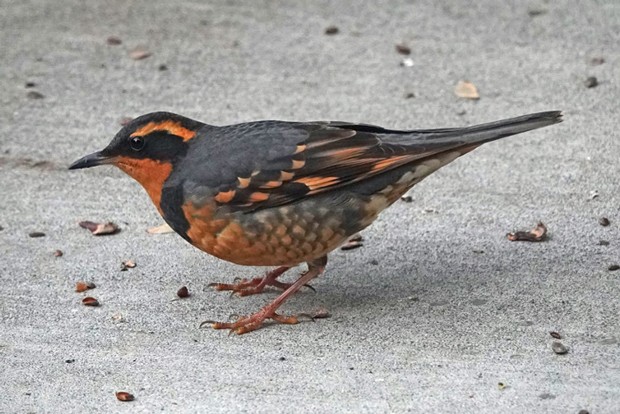 Jerry Freilich, a retired National Park Service research ecologist, says that Varied thrushes' "distinct, loud, ringing, and unmistakable" song is one of his joys of spring. Listen for a piercing, drawn-out buzz on a constant pitch. After gathering themselves for up to 20 seconds, they'll burst forth again at a different pitch, pause, and sometimes sing again at yet another pitch.

For flyfishing enthusiasts, the biggest event of the year is the annual salmonfly "hatch," when these 2-inch-long, slow-flying insects burst forth from their underwater homes, sending both large trout and the people who want to catch them into a feeding frenzy.


In Bend, tens of thousands of salmonflies emerge during a brief window from mid-May to early June. Freilich, who studied salmonflies for years, notes that appearing all at once is a strategy designed to overwhelm potential predators; there are simply too many of the insects to eat them all.

Salmonflies spend the first three years of their lives living underwater before emerging for those few harried days. "They have only one thing on their tiny minds," Freilich says—to mate before they die. When you see the adults on shrubs along the Deschutes River, you needn't worry about biting or stinging. Salmonflies are enormously appetizing to large fish and entirely harmless to humans.