Signs of Spring in the Wild

Part two of our two-part series

Spring is always a joyful time in Central Oregon, and all the more so this year as we inch closer to the end of the pandemic. To help you celebrate this all-too-short season, we emailed local botanists, birders and other naturalists to ask them which signs of spring they most look forward to encountering at home and in the wild.

In this second of a two-part series, the naturalists offer fresh ideas for expanding your outdoor experiences this spring.

A few winters ago, Prineville-based birder Chuck Gates was searching for a rare bird near the rest stop in Brothers. He ignored other birds as mere distractions from his quest, but then an especially loud, clear song cut through the wind to grab his attention.


The songster was a male Western Meadowlark on a fence post, and Gates says, "For a few moments, I forgot all about the rare bird and instead basked in the glory of this common denizen of the open country." Gates says he never did find the rare bird, but "my day was complete thanks to a close visit by a boy in search of a girl in the desert."

To hear our state songbird, head out some morning this spring to open spaces: the Crooked River Grasslands, the Badlands Wilderness Area or the prairie lands of Sunriver.

"I almost always catch myself smiling when I first hear that song," Gates says. Odds are you will, too.

The flower show is already underway on greenleaf manzanita shrubs in sunny areas from Shevlin Park to Bessie Butte. Manzanita's dangling clusters of white to pink flowers are, notes Bend-based nature writer Marina Richie, the first in a "parade of blooms" on area shrubs, followed by yellow bitterbrush and then white snowbrush flowers.

Manzanitas' bell-shaped blooms are magnets for pollinators because so little else is in bloom in mid-March.

"I like to spend time on a sunny day next to a manzanita," Richie says, "and observe who comes and goes—mysterious native bees I do not know and the California tortoiseshell butterflies that are among the first to emerge."

Local birder Mark Gonzalez says he likes to think of spring as, "not one season, but as a few seasons within the season." His mid-spring favorites are Tree Swallows that swoop and swirl over area waterways when afternoon temperatures bring out the insects they feed on.


Tree Swallows are one of about six swallow species frequently seen in Central Oregon. When they perch, you can appreciate their sparkling tuxedoes, blue on back and white in front. One place to see them is Crooked River Wetlands, where 200 nest boxes have been put up to support their dwindling populations.

One subtle but widespread sign of spring is happening right now: the "greenup" of our native bunchgrasses. These are not lawn or turf grasses but rather the tall bouquets of Idaho fescue, bottlebrush squirreltail, bluebunch wheatgrass, Sandberg's bluegrass and other native bunchgrasses that grow in just about every vacant lot and wild area.

"I love seeing the new tender leaf shoots rising up among previous years' dead pale thatch," says Charmane Powers, retired U.S. Forest Service botanist. "I'm not necessarily looking for it, so when I start noticing, it becomes a welcome reminder of the warmth and longer days ahead."

That's right: cluster flies. While most people favor Monarch butterflies and other so-called charismatic micro-fauna, Sunriver-based entomologist Dan Hilburn says he and a few others— mostly his fellow entomologists—"rejoice at this sure sign of spring." 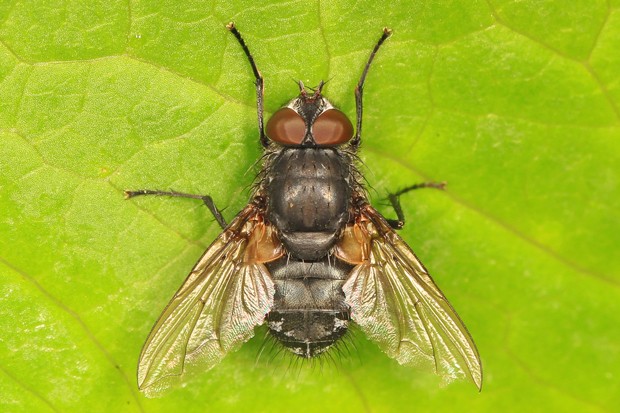 Cluster flies resemble house flies, only they're a little bigger and a lot slower. In spring, they fly to our windows, alarming non-entomologists. Don't worry, though: They're harmless, don't transmit diseases, and don't feed or breed indoors. They simply want to go outside to feed on earthworms, their fellow introduced species.