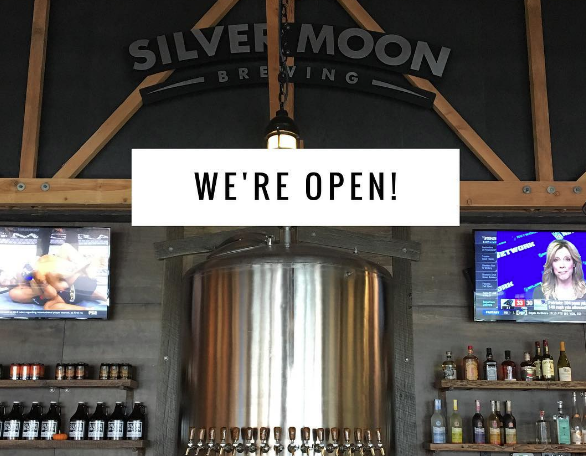 nyone who expects the end of "the season" in Central Oregon to trigger a slowdown in brew activities around the region obviously hasn't been living here long enough—or hasn't heard the news from both downtown Bend's Silver Moon and the rising beer star just a ways down Highway 97.

The Moon has remained busy over the summer, debuting new beers including the Salty Bog cranberry gose to local bars and stores. But the renovation, which kicked off in May and originally was meant to take six weeks, wound up taking five months, thanks to unexpected upgrade requirements forcing co-owners James Watts and Matt Barrett to stage a full overhaul of the building.

The Greenwood Avenue taproom is open now, with special grand-reopening events slated for this Friday and Saturday, and save for a few throwbacks (like the mural artwork on the wall), the results look very different. The drop-down roof's been removed, making the space airier, and the place sports new furniture, a full-on kitchen, and 16 taps lining a large industrial tank behind the bar. It feels much more like a brewpub than the neighborhood-bar atmosphere it used to have, and already the hard work's seemed to pay off fabulously.