Sing along with the Masters

Bend choir makes a joyful noise at the Tower

The Mastersingers of Central Oregon make spirits bright with John Rutter's Magnificat, plus a handful of favorite holiday tunes, at the Tower Theatre this weekend. Rutter's popular elaboration of the classic song of praise, also known as the "Song of Mary," is a joy-filled masterwork the Mastersingers will perform with the accompaniment of a 25-piece orchestra culled from the Central Oregon Symphony and a few exceptional musicians from local high schools and colleges. Sing-alongs will follow. 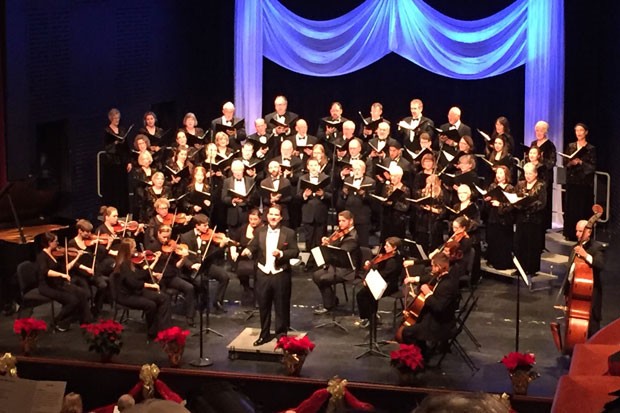 "Last year at the Tower we sang Vivaldi's Gloria, a late Baroque piece. This year we wanted to swing the other direction and do something more modern," says Mastersingers Artistic Director Christian Clark. "We chose it in large part because Rutter is a lot of fun to sing and perform. It's frequently appreciated by both the performers and audiences. It's a fun choice." The epic work will be followed by several popular Christmas sing-alongs.

The name "Magnificat" is taken from the first line of the poem purportedly spoken by Mary, mother of Jesus, upon a visit with her cousin Elizabeth. In the Bible, in the book of Luke, when a pregnant Mary visits Elizabeth, the baby in Elizabeth's womb leaps upon hearing Mary's voice, whereupon Mary responds with the poem, praising God for favoring his humble servant with the immaculate conception. The first line reads, in Latin, "Magnificat anima mea Dominum," or "My soul magnifies the Lord."

The program will include equally bright renditions of Jingle Bells and Deck the Halls, and a new arrangement of Silent Night – sung in German, then English, then finally to a new melody utilizing the same, original lyrics. "We're especially excited about Silent Night, as 2018 marks the 200th anniversary of the favorite carol," Clark adds. The audience will be invited to sing along with the English-language carols. Rutter's Magnificat is sung in Latin, with added lyrics sung in English.

Clark says he's been active in choral music for many years, during his time as a school teacher as well as involvement with various community choir groups. He is currently a member of Bend Camerata, a vocal chamber ensemble, which will perform as part of the upcoming A Capella Festival in Bend. "We're not (directly) involved in the festival, but we will sing that Sunday with Wanderlust Tours as part of the Art in Nature series," he says. The A Cappella Festival concludes with the optional snowshoeing trek with Wanderlust Tours, where participants will enjoy a bonfire, hot chocolate (with or without Crater Lake Spirits vodka) and an outdoor concert by Bend Camerata at the end of the trek. The musicians will perform in a natural lava amphitheater, "rain, snow or shine," Clark says. 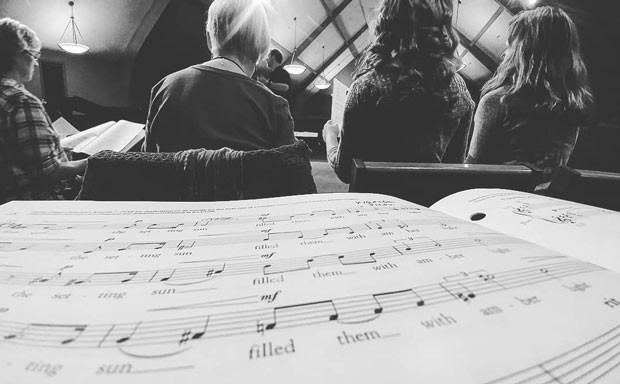 As of press time, all-access and VIP passes for the A Capella Festival were sold out. However, some tickets may still be available for individual festival events.