A week-long mountain bike party is coming to Bend. Here's what locals and visitors need to know

But for one week in October, single-speed mountain bikers from around the globe will descend upon Bend for a bicycling event of galactic proportions: the 2018 Mountain Bike Single Speed World Championships. 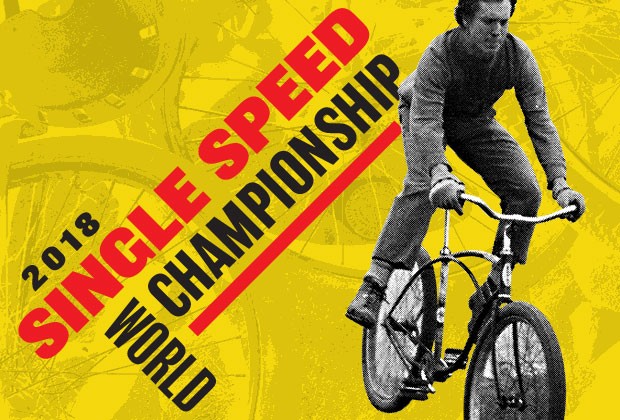 SSWC began in 1995, when competitive racing in the U.S. was getting more regulated and serious. A ragtag group of mountain bike aficionados got together and produced an amusing, yet deliciously difficult race, designed to inject heavy doses of "fun and carefree" back into the increasingly tight and stringent world of organized mountain bike events.

Single-speed bikes are a throwback to a less technological time. One gear. Only one. Unsanctioned and officially un-official, Single Speed Worlds have become an epic way to test physical endurance, technical ability and to re-calibrate the fun-meter. It's a race, but it's more of a cultural event based around the love of pedaling a bicycle.

Costumes are common, if not unofficially mandatory. Winners of the event gain notoriety and praise—but instead of a giant paycheck or trophy for the champions, their historic win is etched in flesh as a tattoo. Although racers from counties including Germany, New Zealand and South Africa have won, single speeders from the U.S. have dominated SSWC over the years, including Bend residents Adam Craig and Carl Decker, both proudly sporting tattoos from their wins in 2007 and 2008, respectively. 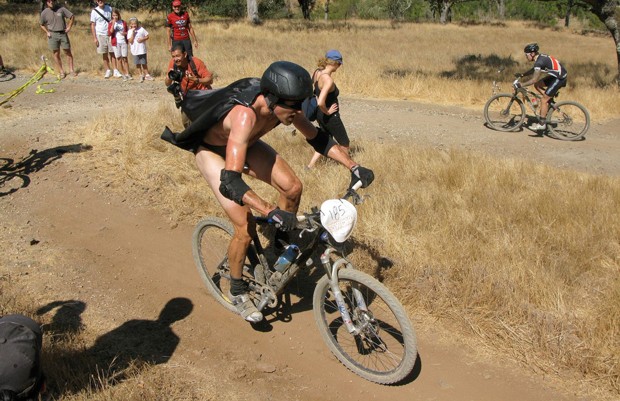 The original event, called Wasted Hairy Insanely Retro League of Enlightened Degenerates—or just W.H.I.R.L.E.D.—started in 1995, hosted in Big Bear, Calif. Other events have been hosted in Wales, Germany, Sweden, Scotland, South Africa, Ireland, Japan, Australia and New Zealand. Host nations win the right to host by competition by winning a series of games in a hosting competition (which has included everything from eating and drinking contests to feats of strength and balance), and is now considered a main attraction at SSWC.

Bringing a world event to Bend

David Marchi, owner of Crow's Feet Commons and unabashed curator of stoke for all things bike (disclosure: I also work at his shop) began the process of bringing the race to Bend after getting inspired by the events in Durango, Colo., in 2009. Failing to win the hosting competition in 2015, he regrouped and made plans for the New Zealand event in 2017. With the help of teammates Jay Dicharry, Zoe Roy and Barry Wicks, the Bend-based team beat out Team Canada at the New Zealand competition by winning an eating contest that consisted of consumption of four New Zealand "delicacies"—all of which would make most humans run away in fear.

In preparation for the event, two local legends, both of whom have raced in past events, talk about bringing SWCC to Bend. 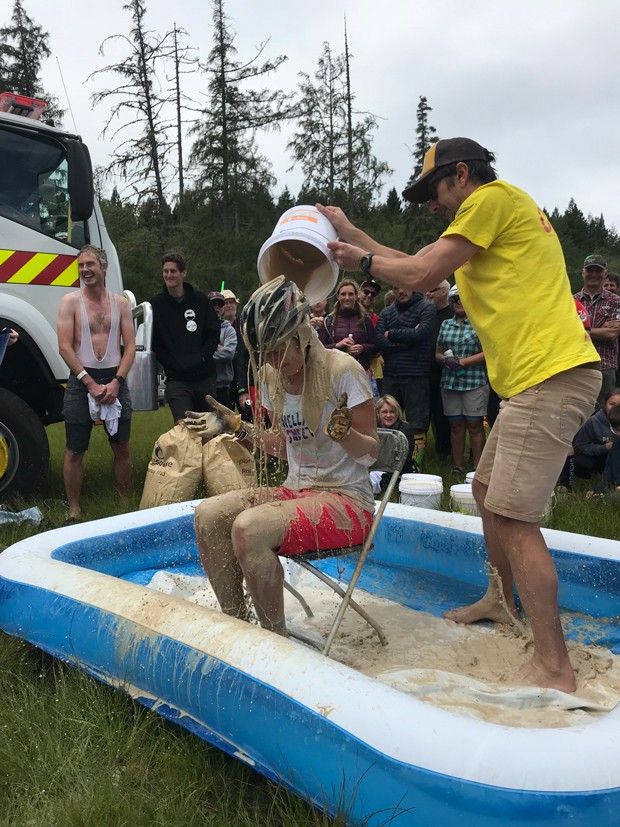 Zoe Roy is a multi-time Pole Pedal Paddle winner and former World Cup-level Nordic skier. Her fitness level is second only to her smile, approachability and desire to have fun.

Source Weekly: Give me some background on your athletic achievements, inspirations and motivations for outdoor pursuits.

Zoe Roy: My current goal is to have exceptional off-the-couch fitness to be able to hang with my friends on adventures like mountain running the Three Sisters Traverse or epic backcountry skiing days in winter. I grew up with a Nordic ski background, which lends itself as a good jumping off point to dabble in lots of different activities. I skied for Canada as well as—and probably more importantly—Team Ninja, a privateer team in Canmore [Alberta] that produced two Olympians.

SW: How did you get involved in SSWC?

ZR: David Marchi asked how I felt about going on a trip to New Zealand. Without even considering the reason, I said, "Heck yes." Say yes first, figure out the details later. It was the first mountain bike race I ever entered.

SW: What was the biggest surprise for you during the last year's involvement in SSWC?

ZR: One: Sea urchins shouldn't be chewed, just slurped whole. Two: It is quite difficult to pass a chain of 10 Pac Mans on bikes on single track. Three: Wicknasty (Barry Wicks) is the only one who can write 'Hella Sweet' in the correct font. (Check out Hella Sweet on Instagram for greater detail.)

SW: How have you adapted your training toward SSWC versus a ski or multi-sport event?

ZR: For New Zealand, it was "crash training." We rode 300 kilometers from the Auckland airport to the event in Rotorua. It was the best way to get adjusted to (my) bike, especially since (I had) never before ridden a single speed. For Bend (I've) mostly been riding my single speed townie with my surf board under one arm to the (Colorado Street) wave.

SW: What would you say to someone reading this article, who has no idea what kind of event is going to unfold. A particular message to the casual observer? Tell us something that will motivate people to come out.

ZR: This is the only time Bend will host this event. It's a once-in-a-lifetime opportunity, one could say—how can you miss that?! The race will be fun for sure, but it's the whole week of group rides, concerts, activities, shenanigans, barbecues in the woods, and next year's hosting competitions that are going to make the event epic.

Blood, sweat and tears have gone into the creation of the number plates (along with the rest of the event). They're sweet and something you'll want to hang on your wall. I'm also a part-time ice cream chemist, with a bike that has an insulated wooden cooler on the front. I'm considering riding it on one of the group rides and that's something you won't want to miss... a traveling ice cream aid station. 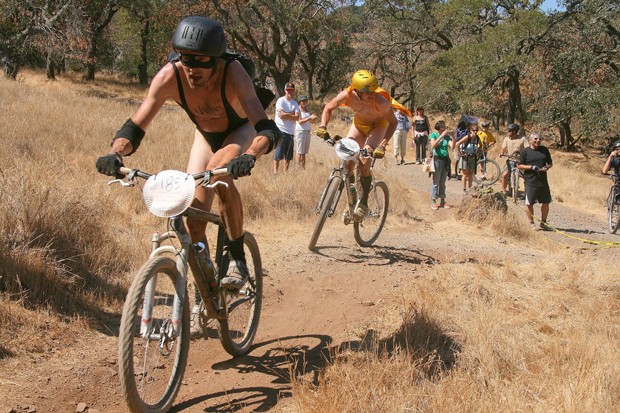 Carl Decker is a name synonymous with cycling. He spent 21 years as a professional cyclist, with a resume that includes participation in seven Union Cycliste International World Championships, an Elite National Road Championship, and participation in the X-Games. In 2008, he won SSWC in Napa, Calif.

Source Weekly: As a previous participant and winner, what's the attraction to single speed, generally, and SSWC specifically.


Carl Decker: As bicycles become more and more sophisticated, rides and riding get easier and easier, but at some costs in terms of equipment complexity and isolation from the trail itself. Single speed bikes, and especially rigid ones (without suspension) make things harder in some ways, but can immerse the rider more fully in the experience of a trail. What was monotonous becomes challenging. What was easy becomes difficult. It's not for everybody. But it's surprisingly fun for many of us.

SW: How do you decide on gear ratios for single speeds? How about other bike setups, such as frame size, wheels, tires, etc.?

CD: The golden ratio for SS racing is 2:1 (32t [teeth] front, 16t [teeth] rear, for instance). Around Bend, this works for most fit riders on most trails. Steeper, higher altitude, more technical riding might require lower gearing. Cyclocross racing usually requires significantly higher gearing (it's flatter, the races are shorter and the tires are smaller in diameter). I usually prefer too tall of a gear over too easy of one. You may have to dismount more, but often, that time can be made up in the flat parts—and if a race comes down to a sprint finish, you're a shoo-in.

SW: What sort of tactics do those attempting to win employ, versus those hoping to just finish?

CD: Pacing is unique to every rider on race day. Since the SSWC18 course opens with a substantial climb, the day might be decided in the first 10 miles, both for the winner that establishes an early lead, and for the average rider who overextends himself in the first minutes of a long day.

SW: What's your greatest bike-related memory of your involvement in SSWC? And non-bike related?

CD: At the SSWC09 in Durango, a guy in a huge penguin suit got the hole shot at the start and was hauling ass. I eventually caught him and attacked past him in my own weird costume. It wasn't until that night, at the bar, that I learned that the penguin was a good friend of mine, who also hadn't recognized me. It sounded something like, "Did you see how fast that Penguin dude was going?" and Dan saying, "That was me. But who was that dude that flew by me in his underwear?" and me saying "Uh, that was me, dude!" We were each impressed by the other's speed.

SW: The 2018 course was made by you and others. Tell us about that effort and experience.

CD: Bend is the epicenter of a bright orange Strava heat-map. There are a lot of riders doing a lot of trail riding. With SSWC we had the opportunity to race on trails that are off the beaten path. Even the locals who know Bend's trails the best will ride miles and miles of single track that they never knew existed come race day—some of which didn't exist. We've been working this summer to build some trails to connect it all together. These are trails that are special to me, and bring riders to unique spots in the woods west of Bend. Like single speeding, that hasn't been easy, but it has been fun.

SW: What do you hope our community experiences during the events—including race participants, support people and casual observers?

CD: A different experience. The bikes are only slightly different, but the experience of the Single Speed Worlds is entirely unique. It's cycling, un-homogenized. People from around the globe make a yearly pilgrimage to SSWC not because of money or rankings, but because of the long tradition of fun that the event has perennially offered since 1999. [Editor's note: The race began in '95, but began being offered yearly in '99.] Fun like this is catching—for racers and bystanders alike.

The single-speed community is entirely unique within the cycling world. It's a broader segment of the population than Bend people are used to at normal cycling events. From an extremely fit international racer from Europe, to a slightly overweight, smoke-break-taking, bearded machinist from Pittsburgh, everybody has their place. To some it's about fighting to win, while for most it will be fighting to finish, but everybody that enters the SSWC comes to have fun. 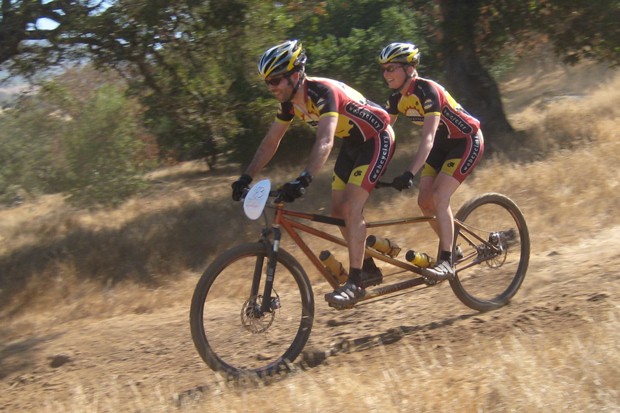 10am SSWC bike race. 45 miles of epic riding on an as-yet-undisclosed course on private land

6pm Awards ceremony and party at Crow's Feet Commons, including live music with Life During Wartime