Sister Knives & As Fade Would Have It | Advice & Fun | Bend | The Source Weekly - Bend, Oregon

Sister Knives & As Fade Would Have It

My sister dates super hot guys, but she's always telling me that looks aren't what matter and I should go for a man who's stable and reliable. Is she looking out for me? How come she doesn't follow her own advice? It seems weirdly hypocritical. 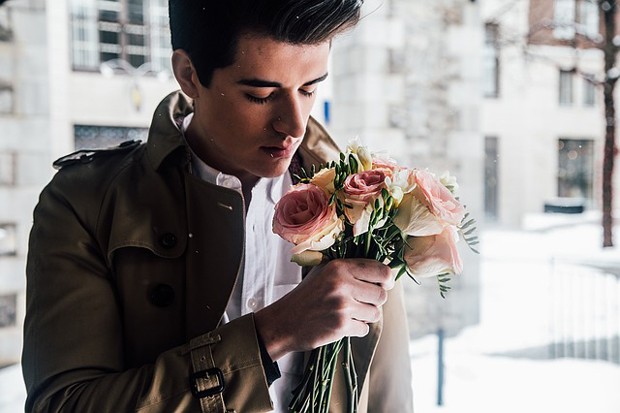 Charmingly, the men your sister picks for herself look like they could work in strip clubs, while men she picks for you look like accountants who've invested strip malls.

Welcome to "the Juliet effect," as named by evolutionary scientists Robert Biegler and Leif Edward Ottesen Kennair. In Shakespeare's "Romeo and Juliet," Juliet's mom—let's call her Mrs. Capulet—was working her own agenda in giving her daughter advice on who to marry. Mrs. Capulet was pushing her daughter to go for Count Paris, a boringly stable rich guy from a good family. Juliet, of course, only had eyes for Romeo, the off-limits hottie, whose family was basically the feuding Italian Hatfields to the Capulet's McCoys.

It turns out that Shakespeare was something of an intuitive evolutionary psychologist. Parents do want the best for you—uh, that is, except when what's best for you diverges with what's best for them. The same goes for your siblings. These fun intra-family conflicts are called "parent-offspring competition" and "sibling competition" by evolutionary psychologists.

Biegler and Kennair researched the way these evolved conflicts play out over "transferrable" versus "non-transferrable" qualities in a woman's partner. Transferrable qualities are those that could directly benefit the children of a woman's mother or sister—for example, a man's ability to provide food, shelter, and/or "protection against predators or enemies." (High status, too, would be transferable, because of the power and perks that come with.) Non-transferrable qualities, on the other hand, are those —like hottiehood—that suggest a man has good genes, which would directly benefit only his female partner's own children.

Accordingly, Biegler and Kennair found that moms and sisters wanted hunks for themselves but would steer their daughter or sibling to the stable guy with resources. Granted, this probably isn't a conscious move on their part—all "gotta make her believe the rich troll is her soulmate." However, you should be conscious when seeking advice from your family members about a guy that there could be mildly nefarious ulterior motives at play. Sure, your sister wants the best for you— the best Ugly Dave you can get who owns hotels and a plane, so she can take free luxury vacations with the recently paroled soulless hunks of the world.

As Fade Would Have It

I was dating this guy, and it was super intense. He is a big believer in soulmates, and he said he thought I was his. Of course, I was excited, and it all seemed really romantic, and then poof! He was gone. Ghosted me. What makes somebody think simply disappearing is an okay way to break up?

"Love is in the air" is not supposed to mean your new boyfriend disappears into it like a fine mist.

Welcome to the dark side of the "We're soulmates!" thing. It turns out that a person's beliefs about the underpinnings of a successful relationship can affect how they end things—whether they tell you it's over or just ghost you (wordlessly vanish from your life). There are "destiny beliefs," which, in their strongest incarnation, involve believing in fate and soulmates—the notion that people in relationships "are either meant to be together or they're not," as social psychologist Gili Freedman and her colleagues put it. "Growth beliefs," on the other hand, involve the notion that "relationships grow over time" and take work; you don't just bump into your perfect partner in a train station and go off on the 6:07 to Happilyeverafter.

In line with this view of relationships as a gradual process of working out conflicts, the researchers found that romantic partners with stronger growth beliefs were 38.4% less likely to indicate that ghosting is okay. However, people with destiny beliefs, like your "Fate or bust!" ex, were 63.4% more likely to find it acceptable to take the disappearo way out.

But interestingly, Freedman and her colleagues note that "high scores on destiny do not equal low scores on growth," which means somebody can believe both in soulmates and in working to improve relationships. (Also, even soulmatehood devotees can understand that another person is a person, with feelings.) In other words, don't assume that anybody who believes in soulmates will disappear without explanation—going from an exuberant "Babe, you complete me!" to a silent "Boy, am I glad I didn't give you my key!"