Sittin' On The Dock Of The Bae | Advice & Fun | Bend | The Source Weekly - Bend, Oregon

Sittin' On The Dock Of The Bae

Sittin' On The Dock Of The Bae 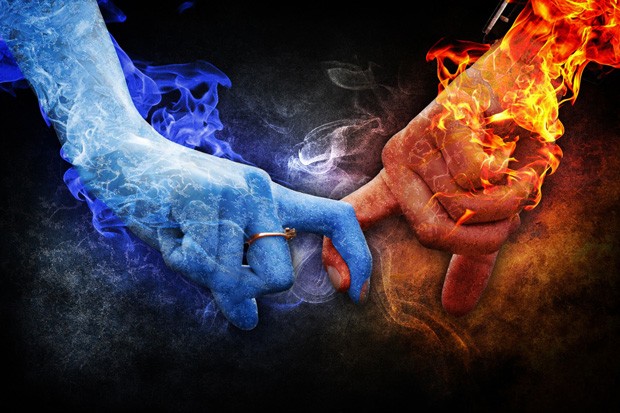 I'm a 34-year-old woman, and I've been with my boyfriend for about eighteen months. He's a loving guy but comes up a little short on romance ("butterfly moments," I guess you'd call them, from being surprised with some big romantic gesture). While I want those, I wonder whether that's just because society/media/culture have led me to believe they're the norm? How can I get these "butterfly moments" without asking unreasonable things of him?

Heterosexual relationships would be less upsetting if straight men paired up with each other, starting with one guy hitting on another in a bar with, "Yo, I have somebody who'd like to meet you," and then just pointing to his zipper.

There are sentimental men out there, but men in general (and especially straight men) take a more utilitarian approach to relationships than women: "If it ain't broke, no need to divert the car payment to the French florist." There's too little understanding and acceptance of this difference (ultimately in emotional mindset). Many people make a leap from the legitimate idea that women and men deserve equal rights to the illegitimate assumption that they are psychologically the same — down to their having the exact same needs.

This fantasy is taught as fact in women's studies departments, and it's made the way into the population as a whole. It's driven by the unscientific denial of sex differences in male and female emotional makeup (some emerging as early as infancy) and the differences in behavior that come out of them.

Granted, men and women are more similar than different. (We all want love, food, shelter, and good dentistry.) But men and women are emotionally different. For example, if a woman forgets her man's birthday or lets Valentine's Day slip her mind, it's the rare man who will punish her with a sex strike and/or three months of resting pout face ("every day is a funeral for me").

Men's and women's differing and sometimes sharply conflicting emotional mindsets seem mysterious and even pointless until you look at them through the lens of evolutionary psychology. Evolutionary biologist Robert Trivers notes that having sex results in differing levels of obligatory "investment" for women and men: possible pregnancy plus childrearing for the ladies versus "Here's my sperm. That was fun. Bye!"

In line with this, research by evolutionary psychologists Martie Haselton and David Buss suggests that women evolved to be "commitment skeptics," to err on the side of believing a man won't stick around. Our emotions are our support staff for seeing we meet our evolutionary needs, and female emotions press women to seek signs that a man they have sex with is committed to them.

When the signs are scant or absent, women feel bad, which motivates them to press for more commitment or find the undercommitted man's replacement. In other words, "abandonment issues" seem to be baked into women's emotional makeup. Ancestral women who vetted a man to see that he'd stick around post-sex to bring home the bison were more likely to have children who survived to pass on their genes.

This should tell you that you aren't wrong to want some romantic extravaganzas any more than you're wrong to want a sandwich when your stomach starts growling like a wolverine. To get what you need, avoid the thinking too many women make themselves miserable with: "If he loved me, he'd just know what to do." Reality: If he were a woman, with evolved female emotions, he probably would.

When you two are having a sweet moment together, acknowledge that the male mindset on romance is different. Tell him what would make you happy, and ask that he do it. Because a guy can sincerely intend to follow through and then have it slip his mind, you might give him specific targets to hit — your birthday, your anniversary, Valentine's Day — and suggest he get one of those reminder apps.

When he comes through, tell him how much it means to you. That said, it's also important to be mindful of human fallibility, as in, what it means if a man forgets your birthday. If he shows his love in little daily ways, maybe tell him you're rescheduling your birthday for the next week to give him another chance.

If money is an issue for him, let him know it's the heartfelt effort that counts, not a reservation at Chez We'll Need Your Pension Signed Over. Explain ways he can be romantic without going broke or more broke. When you love a man, you can have a magical time while toasting your anniversary over a romantic picnic dinner and then getting arrested together for the public consumption of alcohol: "We'll always have Paris Bail Bonds!"