Six Reviews for the Price of One | Film | Bend | The Source Weekly - Bend, Oregon

Six Reviews for the Price of One

I want to talk about every single movie that comes out with you all, but there's just not enough time or space to get into each one. Unless...I just go see everything I possibly can in a week and then jam them all together in one giant review like a weird cinematic chimera and just give little brief impressions about them. So, would you judge me if I said I saw six (six!) movies in the theater over the last week and I'mma drop some thoughts on you? You judge me anyway?? Perfect! Let's do it! 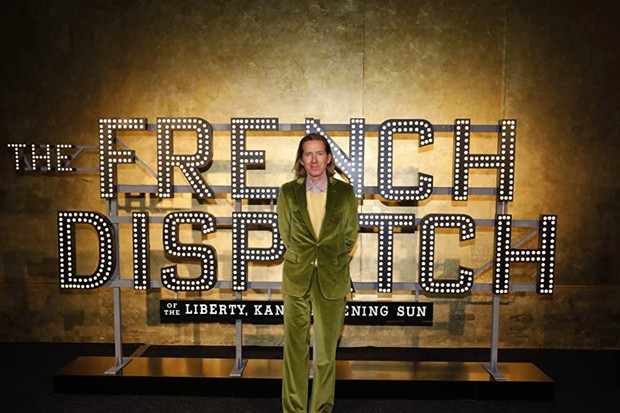 I know that this is incredibly unprofessional for me to say, but... I don't think it's really possible to get into the nuts and bolts and thematic importance of a Wes Anderson movie unless I've seen it a few times and had awhile to sit with it. Anderson is accused of making films that are beautiful little dioramas to look at, but filled with more whimsy than actual emotion. In reality, his movies are packed with genuine feeling, but he uses the grand production design as a dichotomy between the order the characters want in their heads and the chaos they feel in their hearts.

"The French Dispatch" is a miraculous work of art where every frame shows the character's inner life through subtle and massive visual flourishes. Or maybe it's self-indulgent and pretentious. Either way, Wes Anderson has me for life.

Starts off genuinely fun and stylish, but quickly becomes tedious and dreary. The original "Resident Evil" with Milla Jovovich wasn't very faithful to the games, but at least it was bonkers enough to be entertaining. This takes itself so seriously (for a damn zombie movie) that it feels like when you play a horror game alone at night by yourself but instead of scaring you it just makes you feel like a lonely nerd with no friends. Maybe that's just me.

I love Paul Rudd and Carrie Coon so much and really had high hopes for this, but the film feels like it was completely reshuffled by the studio during editing. There's half of a really good movie here, but things pop up and happen that just don't make a lot of sense, including a cameo from J.K. Simmons that feels like it mostly got left on the editing room floor. Nostalgia can't be the only reason for a movie to exist and "Afterlife" doesn't have a strong enough story to be anything other than a bunch of flashing lights and musical cues that remind us of a better movie.

Would you like to watch a movie filled with so much delicious-looking food that you slowly become hungry for delicate French cuisine? This documentary about the groundbreaking Julia Child will not only make you hungry, but also change how you view the TV chef and her constant and tireless fight to have people take food seriously. She was so much cooler than just her wacky voice.

A German romantic comedy/drama that's also a deceptively philosophical science fiction film about a scientist given three weeks to spend with a humanoid robot designed to be her perfect partner. The film is a deeply felt look at what humanity wants from a relationship and what it even means to be a human being at the end of the day.

A gripping documentary about the Tham Luang cave rescue directed by the filmmaking team behind "Free Solo" that really gives a remarkable breakdown of the situation. If you're claustrophobic I would definitely not watch this movie because there are moments that genuinely will take your breath away. Underwater caves are spoooooky.